‘Ek Villain’ has opened new vistas for me: Riteish Deshmukh

Riteish Deshmukh, who played a dark, intense and grey role in romantic thriller "Ek Villain", says the film's success will perhaps widen his horizon as an actor. 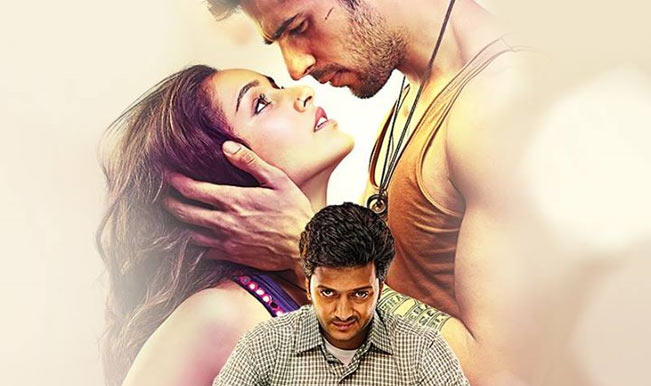 Mumbai, Jul 2: Riteish Deshmukh, who played a dark, intense and grey role in romantic thriller “Ek Villain“, says the film’s success will perhaps widen his horizon as an actor. Also Read - Sooryavanshi's 3rd Friday Collection is More Than What Bunty Aur Babli 2 Has Minted on Its First Day at Box Office

“Ek Villain is an important film because when a film of this genre and such a dark character given to me works, then probably doors to play (more) such characters will open,” Riteish said here Tuesday. Also Read - Bunty Aur Babli 2 Movie Review: Thank God For Rani Mukerji Nahi Toh Thagg Liye Jate!

“I hope to play characters apart from what I do in comic roles. But of course, I will do comedies,” he added. The 35-year-old was present at an event to celebrate the success of “Ek Villain” along with its director Mohit Suri and co-stars Sidharth Malhotra and Shraddha Kapoor.

“Ek Villain” success notwithstanding, Riteish will continue doing funny films. His recent release, Sajid Khan directed “Humshakals”, in which he teamed up with Ram Kapoor and Saif Ali Khan, was a comedy. All the three actors played triple roles in the film and not only did Riteish’s performance win him appreciation, the film managed to do good business at the box office.

“I will continue doing comedy as I enjoy it,” said Riteish, who has been part of comedies. “I don’t make choices on the basis of a film’s success or failure, but I choose from the content that is offered to me,” he added.