Mohit Suri presents a confusing karmic cycle in the form of a rather unconventional tale that will leave you chuckling scornfully! 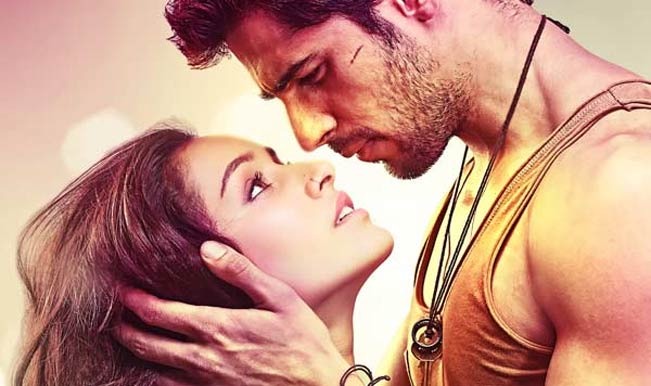 What goes around comes around. Mohit Suri uses the universal rule (read: the way of life) that spares no one. Good, bad and even our delightfully-dishy looking villain (Sidharth Malhotra) with a kind heart is bound by the law of karma. It’s a noose nobody can escape. But you can certainly escape a not-so-exciting drama, mounted as a thriller in the form of Ek Villain, if you choose to take this review seriously and make an intelligent choice at the ticket counters this weekend. Also Read - Rakul Preet Singh's Team Confirms Receiving Summons After NCB Says She 'Made Excuses'

Suri presents a confusing karmic cycle in the form of a rather unconventional tale. Unfortunately, the muddled script, the inappropriate casting and the unconvincingly sequenced events leave you yawning and even chuckling scornfully. Also Read - 'If Kangana Ranaut Had Said She Took Drugs, NCB Should Conduct Probe', Says BJP Leader Pravin Darekar

To spice up the sleep-inducing story, Mohit inserts some unimaginative elements. So you have Prachi Desai trying hard to seduce audiences in an oddly placed item song, you have graphically enhanced backdrops with fake butterflies and illuminating sea algae to jazz up the romantic equation between Sid and Shraddha Kapoor and above all – hold your breath – you get Kamal R Khan mouthing his notoriously popular 2 paisa lines to produce those fan pleasing moments.

Alas! Nothing works to save the blunder that Ek Villain is. In fact, Suri keeps adding insult to the grave injury with every sub-plot that leaves your butt numb and the grey matter dead.

The word ‘villain’ spells intrigue and unpredictability. Sadly, this villain treads the clichéd zone without creating any intelligent jugalbandi between the two baddies. Mohit makes repeated attempts to make his story look radically unconventional, but he tries to blend in so many ingredients that he ultimately spoils the broth oh-so-spectacularly!

To narrate the story of Ek Villain is a tall order since every crime committed in this revenge saga has an appropriate karmic law-and-effect logic to it. So, we will restrain ourselves from doing that. All we can reveal is that every action that unfolds here has an equal and (cinematically) opposite reaction. If the villain kills a kid, even his unborn child is in jeopardy. If he kills somebody’s wife, his wife too meets the same fate and if he decides to love, he also gets love in return. It seems that while filming this one Suri was practically following an account book to make sure that every act of love and hatred is compensated in equal measures.

As for the performances Sidharth has done a good job. His scruffy and yet sexy looks make him suitable for a wild condom commercial though. Clearly, the director has tried to show Sid the charmer than Sid the menacing contract-killer. The good-looking actor brings sincerity to his performance, but he has the tendency of using his deep baritone to justify his sturdiness.

Shraddha Kapoor is pleasant to the eye and she has a definite charm about her, but  her set expressions and her high-pitched, giggly character simply get on your nerves. Riteish Deshmukh has bagged an unconventional part and within the limited scope availed to him, he has done well.

All in all, Ek Villain is more like a catch-me-if-you-can chase with the law of karma being placed as the central character, the rest simply moves around it in a silly manner. No need to add that this merry-go-round madness leaves your head spinning!