Shraddha and Siddharth, along with their movie director Mohit Suri and co-star Riteish Deshmukh were seen promoting their film on the popular comedy show. 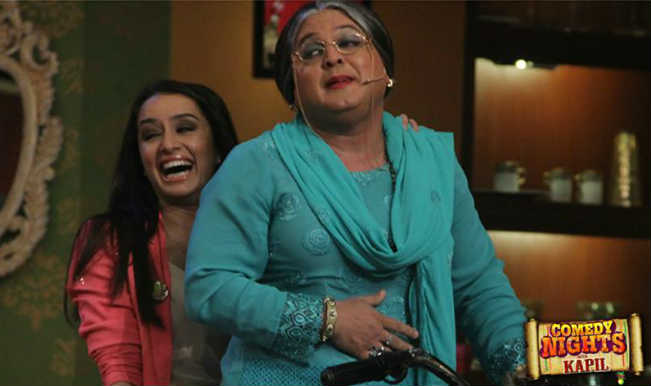 Bollywood’s new hit jodi Shraddha Kapoor and Siddharth Malhotra made an appearance on the sets of the soon to- be off- air show, ‘Comedy Nights With Kapil’ to promote thier film ‘Ek Villain’. Also Read - Actor-Director Nishikant Kamat Passes Away at 50 in Hyderbad Due to Liver Complications

Shraddha and Siddharth, along with their movie director Mohit Suri and co-star Riteish Deshmukh were seen promoting their film on the popular comedy show. While Riteish and Siddharth have promoted their respective films on the show earlier, this was director Mohit Suri and actress Shraddha Kapoor’s debut on ‘Comedy Nights with Kapil‘. Mohit Suri’s wife, Udita Goswami is known to be a huge fan of Kapil. Also Read - Rhea Chakraborty Called up Aamir Khan, Rana Daggubati And Other Stars, Claim New Reports in Sushant Singh Rajput Death case

Adding a spin to the show, Kapil Sharma, who has never played character roles on the show and now has only played himself as Bittu, decided to don the avtar of a villain version of himself- ‘Sittu’.

On the show, the ‘Ek Villain’ stars were seen holding auditions for the next big villain. They were a part of a panel called ‘Villain Dikhalaja’- a spin on Colors’s another well- known show, ‘Jhalak Dikhala Jaa‘.

‘Ek Villain’ hit the movie screens on the 27th of June. As expected the film had a flying start and did extremely well at the box office. The film minted 16.72 crores in India on the day of its release. Director Mohit Suri, who is married to actress Udita Goswami, says his wife lets him be the way he is and he can’t take away her contribution in his success story.