People are going to love Riteish’s jaw dropping cruel avatar, but will he overshadow Sidharth ‘the charming’ Malhotra? 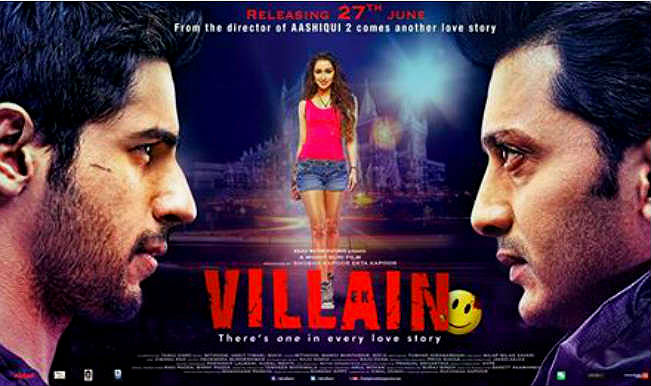 Sidharth Malhotra, Riteish Deshmuk and Shraddha Kappor starrer Ek VIllain releasing tomorrow, is already getting positive trade reports. Besides the cast, the movie is director Mohit Suri’s big test after the success of Aashiqui 2. Riteish will be playing character with grey shades for the first time while Sidharth Malhotra, after playing a romantic hero in his first two films will be seen in some action sequences in this one. Also Read - Actor-Director Nishikant Kamat Passes Away at 50 in Hyderbad Due to Liver Complications

The music of the movie is already topping the charts with ‘Teri Galiyan’ and ‘Banjara’ leading the pack. Suri has repeated the winning combination of Mithoon Ankit Tiwari from Aashiqui 2 and has added another flavour with Pakistani band Soch performing the Prachi Desai cabaret number ‘Awari’. Also Read - On National Doctor’s Day, Genelia Deshmukh And Riteish Deshmukh Pledge to Donate Their Organs

The latest tweets about the movie are clearly praising our Ek Villain- Riteish Deshmukh.

#EkVillain is a thrillingly alive movie. At one point you care for @Riteishd and the other you want to ‘screw’ him so bad! Super writing!

People are going to love Riteish’s jaw dropping cruel avatar, but will he overshadow Sidharth ‘the charming’ Malhotra?

Rajat Arora: The ace dialogue writer (Once Upon a Time in Mumbai, The Dirty Picture) tweeted:

Ek Villain…What a film! Kudos to the entire team! @Mohit11481 has brought out the best in them all… @Riteishd is brilliant.

It is going to be menacing Sidharth vs cruel Riteish tomorrow. Till now Riteish is gathering all the praise, let’s see if Sidharth surprises his fans with a different.