Zoya Akhtar's Gully Boy, starring Ranveer Singh and Alia Bhatt in the lead, was India's official entry to the 92nd Academy Awards. However, the film has not been shortlisted on the list of the final nominations.

Gully Boy, India’s entry to the 92nd Academy Awards, is now out of the race. The Academy released the list of the shortlisted films in various categories on Tuesday and the Zoya Akhtar‘s directorial is not to be seen in any of the categories. The film was sent as India’s official entry to Oscars 2020 in the Best International Feature Film category, formerly known as Foreign Language Film.Also Read - Naseeruddin Shah's Short Film Half Full Gets an Inch Closer to Entering Oscars

Ten films have been shortlisted for final nominations in the category and India’s name is not there. The list includes The Painted Bird (Czech Republic), Truth and Justice (Estonia), Les Misérables (France), Those Who Remained (Hungary), Honeyland (North Macedonia), Corpus Christi (Poland), Beanpole (Russia), Atlantics (Senegal), Parasite (South Korea), and Pain and Glory (Spain). Also Read - Farhan Akhtar, Javed Akhtar Proud of Zoya Akhtar as She Gets Invited to be Member of Oscars Academy of Motion Picture Arts And Sciences 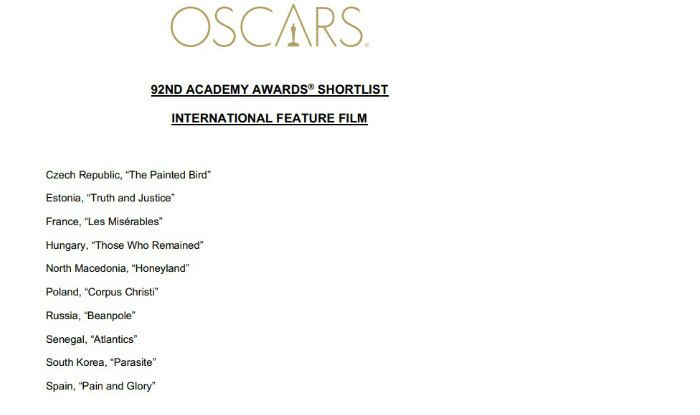 The final nomination list for the 92nd Academy Awards will be out on Monday, January 13, 2020, while the official grand award ceremony will be held on Sunday, February 9, 2020, at the Dolby Theatre at Hollywood & Highland Center in Hollywood. Also Read - Jimmy Kimmel Won't Host Oscars 2020? Here's The latest Insights to The Upcoming Academy Awards

Earlier, the entire team of Gully Boy expressed its excitement over fetching the opportunity of reaching the Oscars. The lead stars of the film, both Ranveer Singh and Alia Bhatt made special social media posts thanking their fans for supporting them and appreciating their performances. They also thanked the members of the Film Federation of India and the jury for selecting the film as India’s official entry to the Oscars.

It’s definitely a heartbreaking piece of news but nothing is bigger than the love of the audience that the film has already received in abundance! Your thoughts?