Kicking off Vinil Mathew-directorial Haseen Dillruba in Haridwar on Sunday morning with co-star Vikrant Massey, Bollywood diva Taapsee Pannu has been keeping fans regularly updated with sneak-peeks into the sets. The latest include Taapsee giving fans a hint of her “half grey” characters, be it in Manmarziyaan or the upcoming thriller and the Internet was flooded with stills from the sets. Also Read - Taapsee Pannu-Vikrant Massey's Haseen Dillruba Goes on Floors, Former Shares Clips From Haridwar

Crediting the author and screenwriter, Kanika Dhillon, for her “half grey but never grim” characters in the two movies, Taapsee left fans speculating on the edge about her new role in Haseen Dillruba. Sharing pictures with the ace writer, Taapsee wrote, “She writes in grey ink and I am back at adding colours to it while Khamkha captures the moment … YET AGAIN. From #Manmarziyaan to #HaseenDilruba #Continuity : @khamkhaphotoartist (sic).” Also Read - Alia Bhatt on JNU Attack: 'Stop Pretending That All is Fine', Taapsee Pannu-Dia Mirza And Others Join Protest

She writes in grey ink and I am back at adding colours to it while Khamkha captures the moment … YET AGAIN. From #Manmarziyaan to #HaseenDilruba #Continuity 📷: @khamkhaphotoartist 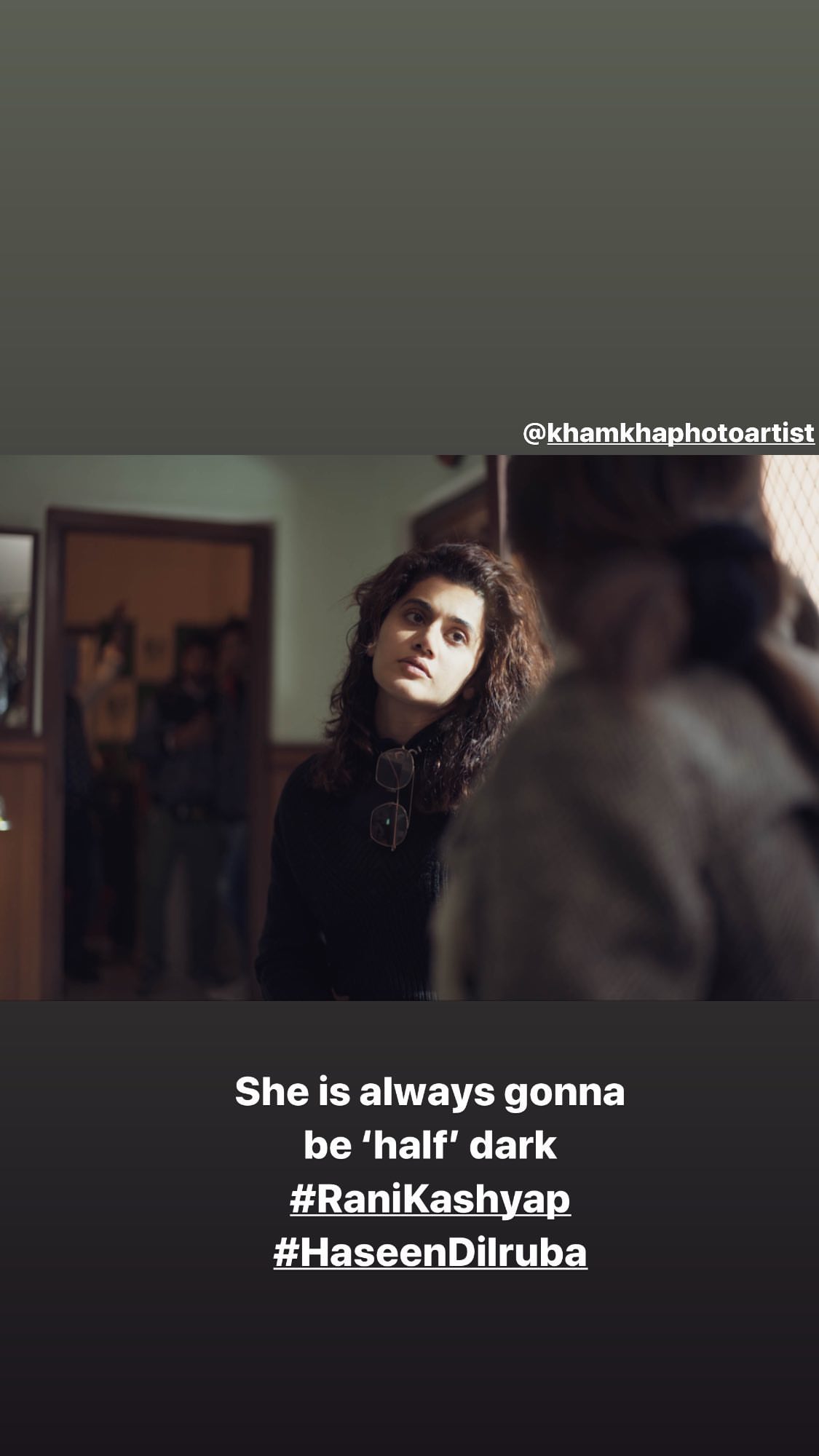 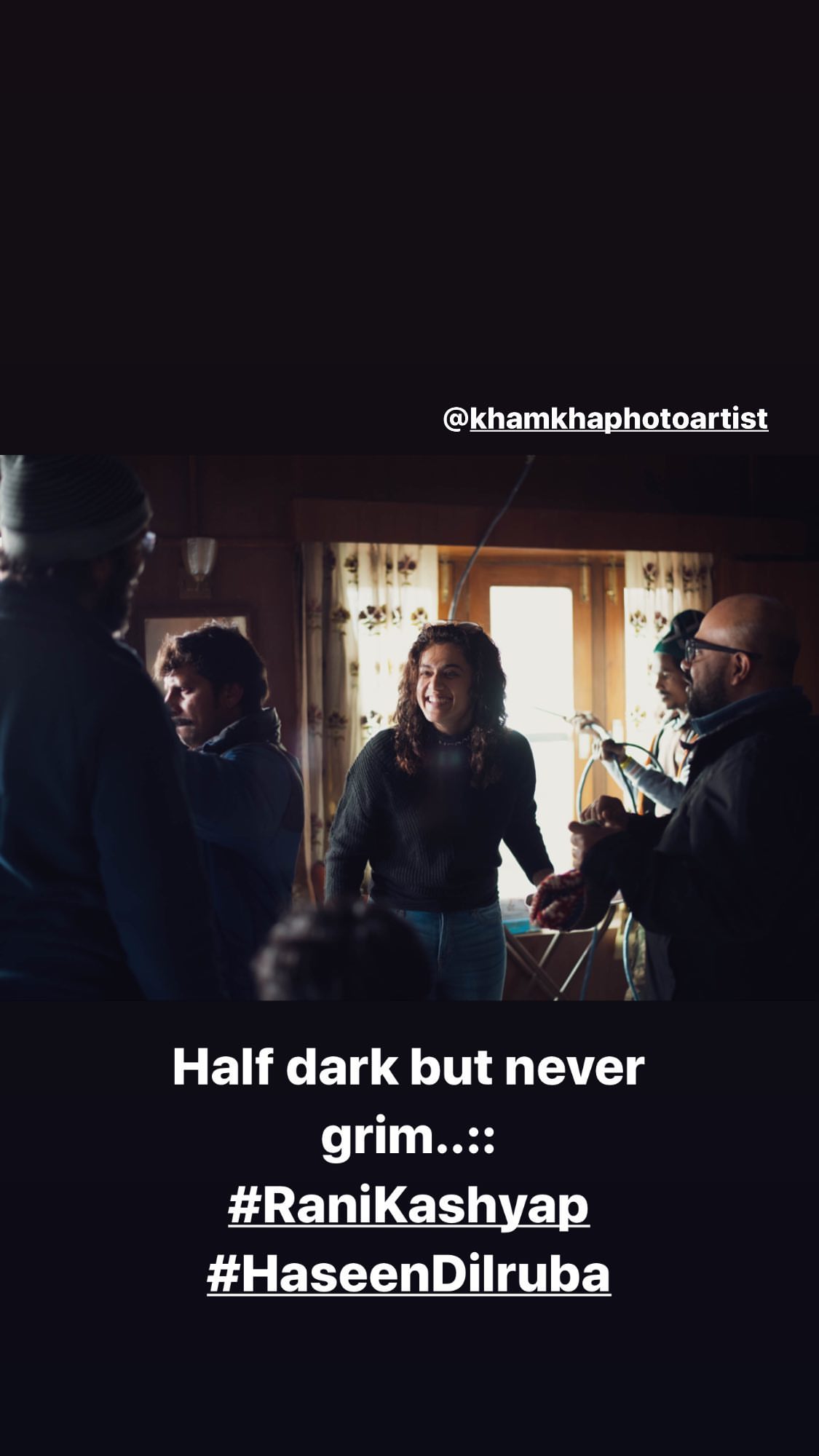 Taapsee had earlier set fans on a frenzy as she shared clips of Haridwar, the clapper with the movie title indicating the Vinil Mathew-directorial going on floors and posing with the writer and director for “drama”. The diva had also shared a picture of her makeup behind the scenes as she got ready to shoot the last scene first.

Produced by Aanand L Rai and Himanshu Sharma, the first poster of Haseen Dillruba showed a woman holding on to her yellow coloured saree while standing over a pool of blood with blood-stained feet. One can also see the front cover of a book with a title that reads ‘Vehashi‘ in Hindi and a knife that lies discarded on the floor in the same pool of blood. The poster suggests a murder but also hints at the story of glamour and lust.