Alia Bhatt and Ranbir Kapoor were among the many couples who made a stunning entry at the wedding reception of Armaan Jain and Anissa Malhotra. The two were joined by Neetu Kapoor at the function.

After missing all other wedding functions of Armaan Jain and Anissa Malhotra, Ranbir Kapoor and Alia Bhatt finally made a joint appearance at the wedding reception of the couple on Tuesday night. The couple, who was away to visit an ailing Rishi Kapoor in Delhi, arrived looking stunning together at the post-wedding party of Armaan and Anissa. They were joined by Ranbir’s mother – Neetu Kapoor, who looked dazzling in her blue and green suit.Also Read - Entertainment New Today, February 5: Arjun Kapoor And Malaika Arora Pose Together at Armaan Jain-Anissa Malhotra's Wedding Reception

Alia and Ranbir cut a striking picture as they posed together for the paparazzi at the venue. Dressed in a pretty pink and purple lehenga, Alia looked beautiful while Ranbir looked dapper in his blue bandhgala sherwani. Alia further finished her look with a maang-tika while Ranbir kept it simple and added just a pair of black shoes to his traditional look. Check out the pictures here: Also Read - Radhika Merchant Looks Stunning in Her Backless Blouse With Silver Lehenga at Armaan Jain-Anissa Malhotra's Wedding Reception 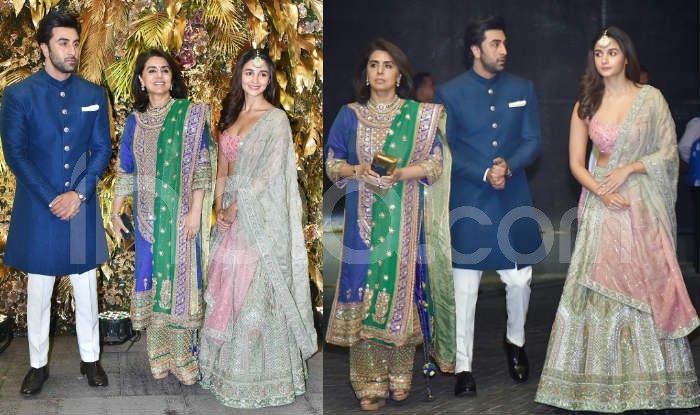 Armaan and Anissa’s wedding reception was a star-studded affair and Ranbir-Alia’s joint entry set many eyeballs rolling. This was just another appearance proving that the two are head-over-heels in love with each other and has got the blessings of the family already. Also Read - Armaan Jain Wedding: Kareena Kapoor, Karisma Kapoor, Taimur, Saif Ali Khan Are The Perfect Baraatis – Watch Dance Videos

Alia is often seen gelling well with the members of the Kapoor family. In fact, she also became a part of the customary Christmas family lunch last year and glowed with happiness in the Kapoor’s big family picture. Ranbir and Alia have not made any official announcement about their relationship yet but their appearances at family get-togethers and at events like these definitely speak volumes of their bonding. 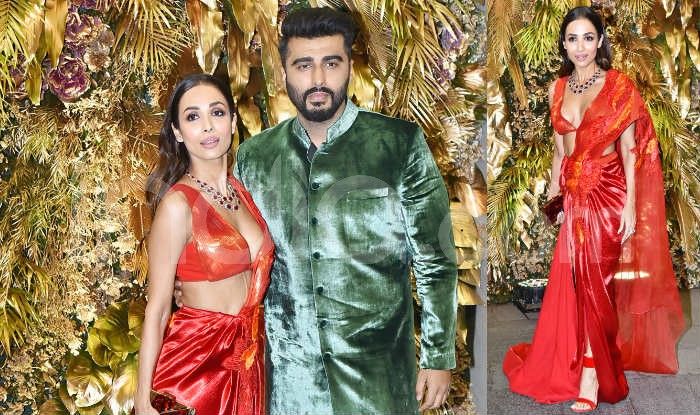