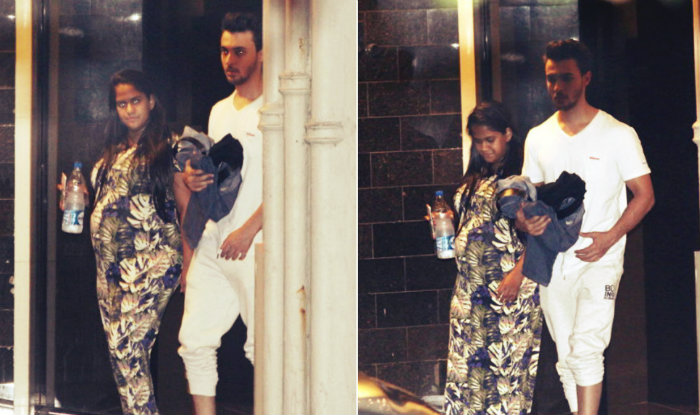 The family was so happy with the little member’s arrival that they are celebrating its arrival since yesterday. Salman and his family had hosted a party for close friends which went on till late night. Arpita Khan arrived at Hinduja Healthcare today morning with husband Aayush Sharma. Sister Alvira Agnihotri was also at her side. Later, mother Salma Khan and Helen also arrived at the hospital to be with their dearest daughter at this crucial time. Also Read - Bigg Boss 14 SHOCKING Eviction: Eijaz Khan Eliminated And It's Confirmed!

We also hear that Salman Khan took break from the shoot of Sultan to be with his sister at the hospital. Sohail Khan, despite having a sleepless night after the party, joined his family. In this exclusive video you can see, the Khan family arriving at the city’s prominent hospital in different cars. (ALSO READ: Here is why Salman Khan’s ex-flame Katrina Kaif missed Arpita Khan Sharma’s baby shower ceremony)

Arpita Khan married businessman Aayush Sharma in a grandeur ceremony last year which was witnessed by bollywood bigwigs and prominent personalities from around the world. She had a lavish baby shower in the month of February. The Khan family is excited about the little one’s arrival and has planned a huge surprise for the mother and baby’s arrival at home.

Watch this video of Arpita Khan heading to the hospital with family here;