Happy Birthday, Kareena Kapoor Khan: Bebo has turned 40 on Monday, September 21. The gorgeous Kareena Kapoor Khan cuts a fabulous cake with a miniature of herself on the top of it. A pre-birthday party was organised by Khans which was attended by her family members, Kunal Kapoor, and Kareena’s cousins, Shaira and Zahan. Karisma Kapoor took to Instagram to share pictures from the party and Kareena cutting a ‘Fabulous at 40’ cake.Also Read - Adipurush Most Precious Film, Says Prabhas After First Teaser Is Out

Born on September 21, 1980, to Randhir Kapoor and Babita, Kareena is the younger sibling of actress Karishma Kapoor. And by getting married to Nawab Saif Ali Khan, Kareena has added an extra branch to her huge filmy family tree. She is a powerhouse of talent with the perfect blend of beauty and grace. In the pictures shared by Kareena and Karisma, the birthday girl can be seen wearing a casual mint green floral dress with no-makeup on. In one pic, she has tied her hair and in another pic, she kept her hair open. What we cannot miss is the actor radiating pregnancy glow. Also Read - Vikram Vedha: Hrithik Roshan Hints About Possible Sequel to Action-Drama

Have a look at Kareena Kapoor Khan’s birthday pictures: 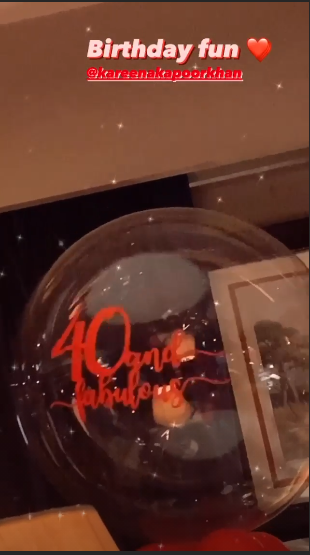 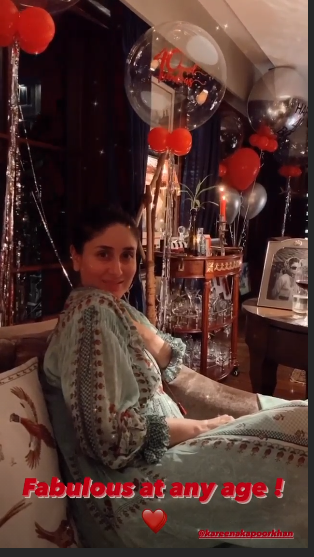 On Sunday, Kareena penned a note for herself as she waited for her 40th birthday. She wrote, “As I enter my 40th year… I want to sit back, reflect, love, laugh, forgive, forget and most importantly pray and thank the strongest force up there for giving me the strength and thank my experiences and decisions for making me the woman I am… Some right, some wrong, some great, some not so… but still, hey BIG 40 make it BIG (sic).