The first teaser was released in December last year. 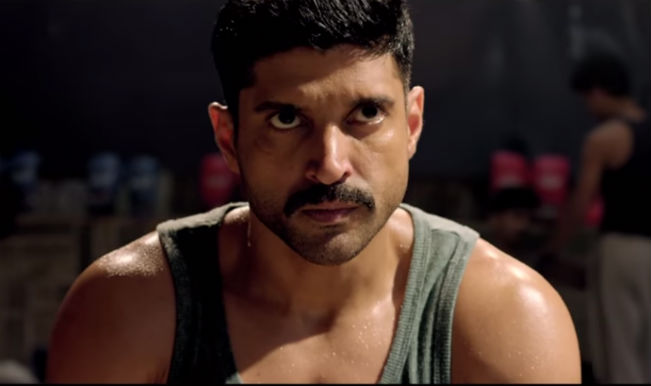 The second teaser of Bejoy Nambiar’s next film Wazir will be out with Dil Dhadakne Do, releasing on June 5, Friday. Starring Amitabh Bachchan and Farhan Akhtar in lead roles, the film is an action thriller, produced by Vidhu Vinod Chopra and Rajkumar Hirani. Amitabh Bachchan plays a paralyzed grand chess master while Farhan Akhtar will be seen in a role of an Anti-Terrorist Squad (ATS) cop. The movie also features Aditi Rao Hydari. Wazir is co-written by Vidhu Vinod Chopra and Abhijat Joshi. Also Read - After Tandav Row, FIR Filed Against Amazon Prime's Mirzapur For 'Hurting Religious Sentiments'

Currently, Farhan is awaiting the release of his latest flick Dil Dhadakne Do in which the actor plays a humorous role (by the looks of it), quite contrasting to the one he plays in Wazir which is intense. This is the second teaser of Wazir that will be coming out after the first one was released in December last year. Also Read - Kangana Ranaut Compares Herself to Amitabh Bachchan, Targets Taapsee Pannu Once Again

The first teaser was out with Aamir Khan’s PK and it garnered immense appreciation. It created a huge stir among audiences and has led to great anticipation for the film. Going by the first teaser we must admit that Big B is looking promising in a role that is up his ally-intense, brooding and all set to challenge the odds! Fingers crossed for the second teaser!