On the occasion of Fawad’s 35th birthday celebrated on November 29, this memorable advertisement serves as a small gift. 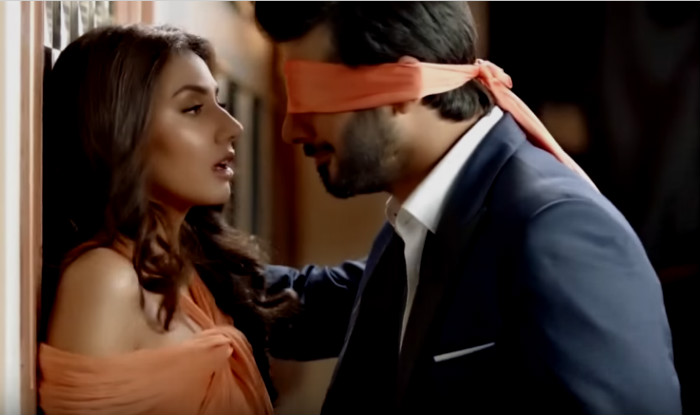 Seducing your man has never been this fun. And never before an advertisement caught your attention like this one does. Especially, it’s of soap commercial. Naah! But this Lux ad featuring most gorgeous faces on this planet – Fawad Khan and Mahira Khan make it a rare exception. The two talented Pakistani actors teamed up once again to spread sheer magic on screen. Looking like one madly-in-love couple, you just cannot take your eyes off beautiful Raees actress, Mahira Khan and the most handsome man ever to walk the face of the earth, Fawad Afzal Khan. On the occasion of Fawad’s 35th birthday celebrated on November 29, this memorable advertisement serves as a small gift for all the Fawad and also Mahira fans out there. ALSO READ: Fawad Khan birthday: 4 reasons Indians want this Pakistani chocolate boy back in Bollywood! Also Read - Alia Bhatt Announces Her Production House' First-Ever Film 'Darlings' Along With Shah Rukh Khans Red Chillies

Looking no less than a princess in her peach-coloured flowing gown, Mahira is seen wooing her man with her playful mood. Fawad, on the other hand, looks dapper sporting his famous beard and blue suit. The Raees girl is seen blindfolding him who then tried to catch her using his sense of smell. This light-hearted portrayal of Mahira trying to seduce Fawad and get his attention will make you fall in love with them again. Their crackling intimacy will remind you of their Humsafar days. ALSO READ: These pictures of Pakistani heartthrob Fawad Khan will make you go weak in the knees! Also Read - Pathan: Salman Khan Joins Shah Rukh Khan For Shoot of Action-Thriller Film At YRF Studios 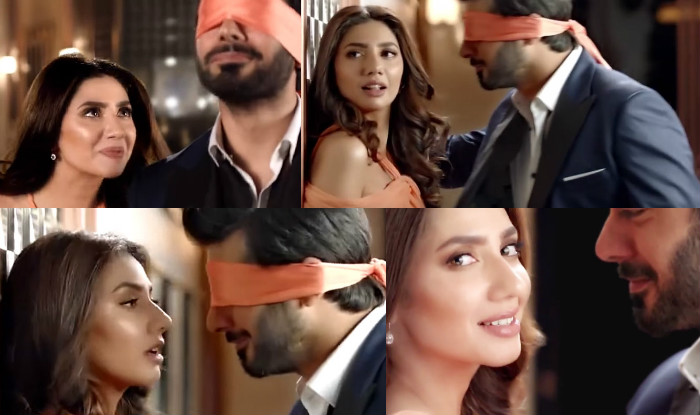 With the ‘ban’ imposed on Pakistani artistes in India due to the tensions between two countries, watching ads featuring them makes us go on a nostalgic trip. While we last saw of Fawad in Karan Johar’s Ae Dil Hai Mushkil in a cameo, we will be seeing Mahira make her debut, a full-fledged role opposite none other than Shah Rukh Khan in Rahul Dholakia’s Raees. King Khan has announced the trailer’s release date on December 7, and we could not be any less excited to see Mahira’s chemistry with the Bollywood Badshah. As of now, enjoy this sensual and seductive chemistry between Mahira and Fawad.