New Delhi, Nov 29: Ahead of Russian President Vladimir Putin's India visit next month, people in the national capital and select cities will be able to feast on an array of Russian music, dance a 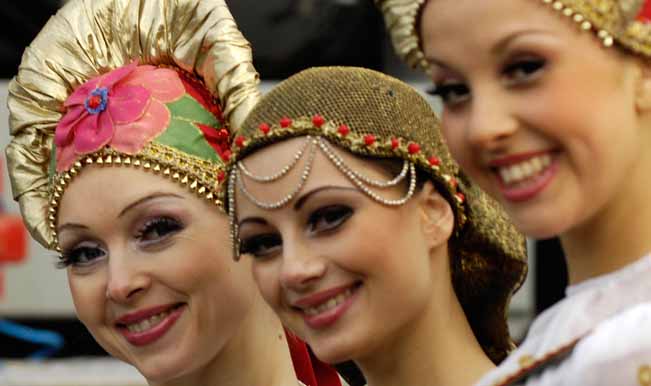 New Delhi, Nov 29: Ahead of Russian President Vladimir Putin’s India visit next month, people in the national capital and select cities will be able to feast on an array of Russian music, dance and theatre with performances by internationally renowned groups. A month-long festival of Russian culture, under the aegis of the foreign ministries of both countries, kicks off here Monday with the chamber music of the well known Borodin Quartet, which celebrates its 70th anniversary next year. Also Read - Armenia, Azerbaijan Agree to 'Humanitarian Ceasefire', Says Russian Foreign Minister

Acclaimed for its exceptional ensemble playing and intonation, especially of the works of Beethoven and 20th century Russian composer Dmitri Shostakovich, the anniversary will see it perform all over the world through 2015. There will also be a concert in Kolkata Tuesday. This will be followed by the Moscow State Puppet Theatre performing here Thursday and in Jaipur Saturday. The theatre was started in 1931 by Sergey Obraztsov, who established puppetry as an art form in the erstwhile Soviet Union. Also Read - Sputnik V: India Declines Permission to Test Russia's COVID-19 Vaccine on Large Scale

The festival will close with the classical ballet of the Novosibirsk State Opera and Ballet Theatre, popularly called the “Siberian Coliseum”. They will perform in the capital’s Siri Fort auditorium Dec 22. As part of the festival, the Moscow Dance Theatre Gzhel of folk dances performed earlier this month in Delhi and Chandigarh. A reciprocal festival of Indian culture in Russia was organised by the Indian Council for Cultural Relations (ICCR) last year.