First look of Sonam Kapoor’s ‘Khoobsurat’ is out! 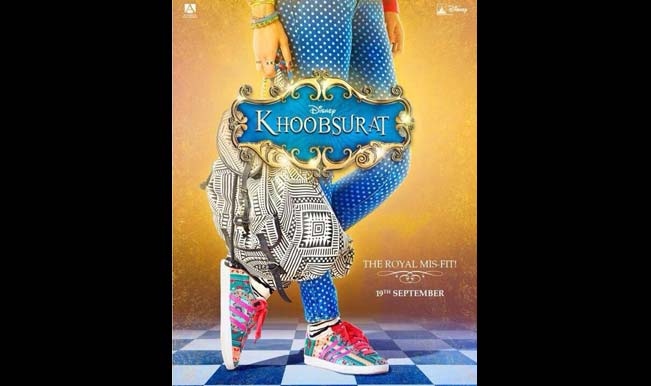 If you are a fan of disney’s princess tales, then you are in for a treat! ‘Khoobsurat‘ is ‘Princess Diary’ gone Bollywood. Hrishikesh Mukherjee’s cult comedy ‘Khubsoorat’ is all set to get a royal remake with Disney. Khoobsurat is a romantic comedy directed by Shashank Ghosh and produced by Rhea Kapoor, ANil Kapoor and Siddharth Roy Kapoor. Also Read - Bigg Boss 15 New Promo: Salman Khan Hints At 'Sankat In Jungle', Rekha's Voice Over As Vishwasuntree Is Winning Hearts

This is remake of the Hirshikesh Mukherjee’s film ‘Khubsoorat’ which starred Rekha playing a girl next-door who transforms the strict household on her sister-in-law’s place. Sonam being a ardent fan of Rekha, it will be exciting to watch this diva pulling off the role in Disney style!