It looks like an action thriller movie from the posters

Gippy Grewal who was recently seen in ‘Second hand Husband’ opposite Narmada Ahuja is back again.He will be seen in well known director Baljit Singh Deo’s next which is called ‘Faraar’.(ALSO READ:Second Hand Husband’ fails to impress) Also Read - Gippy Grewal Arrested For Flouting Covid-19 Restrictions in Patiala, Released Later on Bail

The first look poster  got released on the Facebook page of the movie.  Film trade analyst Taran Adarsh also took to twitter to post the picture of the first look today. The poster looks very interesting. It shows Gippy in two different looks. In one look he is seen in a rugged avatar holding a gun and in another look he is seen in a simple shirt and a tie. It looks like an action thriller movie from the posters. Also Read - Gippy Grewal's Romantic Punjabi Song Miss You Out, Watch Video 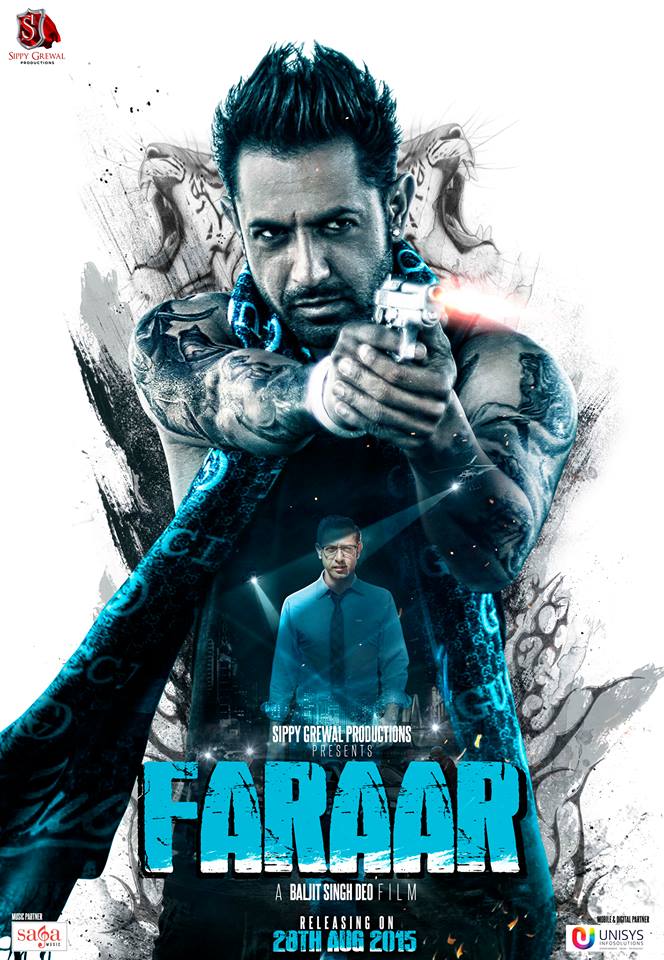 Kainaat Arora will be playing the lead role opposite Gippy Grewal in the movie. The film is being produced by Gippy’s elder bother Sippy Grewal under his banner ‘Sippy Grewal Productions’. The movie is set to release worldwide on August 28.