Ganesh Festival 2015: Salman Khan invites you to Ganpati celebrations at his house!

Salman Khan has sent out exclusive invites for Ganpati celebrations at his home.

Salman Khan has sent out special invites for Ganpati celebrations at his humble home at Galaxy Apartments in Bandra West, Mumbai. The Bollywood superstar and his family celebrate the festival every year without fail. India.com‘s sister website BollywoodLife.com has caught hold of a special invitation card from Salman Khan to guests for the Ganesh Chaturthi and festival celebrations.Also Read - Bigg Boss 15 Weekend Ka Vaar: No Elimination This Week on Salman Khan’s Show

Salman Khan has always been very secular in his outlook. He has been organising the Ganesh Festival at home for many years now. The actor was born to a Hindu mother and a Muslim father, and has a Christian stepmom. The family believes in celebrating Ganpati, Diwali, Christmas and Eid with the same fervour and fun. Also Read - Bigg Boss 15 Sunday Ka Vaar: 7 Contestants Target Donal Bisht in Battery Task Citing Her Sloppiness

This year, Salman also has a special connection with Ganesh Festival. Like we told you the other day, the Sheesh Mahal like sets from Salman’s latest movie Prem Ratan Dhan Payo are going to be seen at the famous Ganpati mandal Lalbaugcha Raja this year! Art director Nitin Chandrakant Desai, who has been associated with Lalbaugcha Raja for a few years now, has made arrangements for the same. Also Read - Bigg Boss 15: Umar Riaz' Fans Upset With Salman Khan For Praising Simba Nagpal Despite Him Insulting Umar by Using Asim Riaz' Name 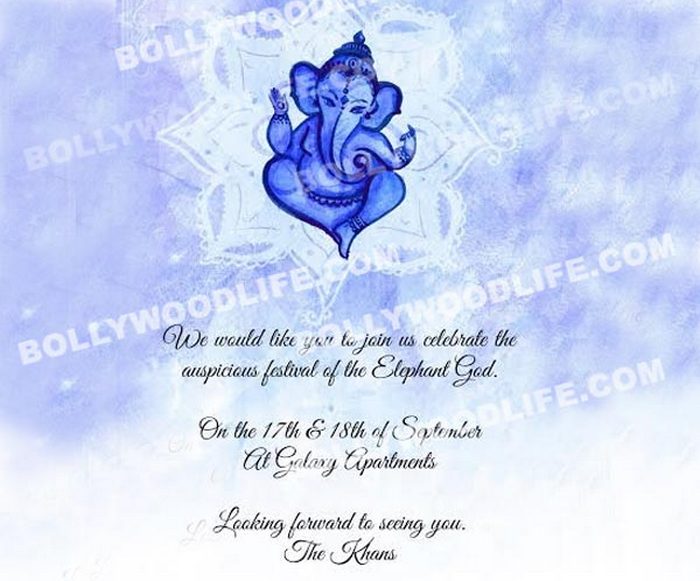 While we don’t know if Salman will be making an appearance at Lalbaugcha Raja 2015, like Amitabh Bachchan and Aishwarya Rai Bachchan do, but we sure know that his personal Ganpati celebrations are going to rock! Now we wait for his sister Arpita Khan Sharma to share exclusive pictures.