Gauri Khan and Shah Rukh Khan’s princess Suhana Khan is ruling the internet. Since quite a few days we can continuously see her pictures surfacing online and it goes viral instantly. Be it in the matter of beauty or style, this gorgeous teenager’s style game is on top and we just cannot take our eyes off her. Last night Gauri Khan hosted Halloween bash for which many celebs were seen. But it was her daughter Suhana who stole the show. She looked like a Golden Goddess in that LBD at the star-studded party. Also Read - Suhana Khan Leaves Fans Mesmerised Over Her Stylish Hair Flip in Co-Ord Dress

Suhana Khan turned heads at the Halloween party last night that was held at Taj Lands End, Mumbai. She looked absolutely gorgeous in a golden dress with sequins. Suhana kept her makeup minimal, left her hair open and ruled at the party like a true diva. It wasn’t just her who was in a golden outfit. But even the yummy mommy Gauri Khan’s friend Malaika Arora was seen in a golden dress. The others who were seen at the party were Manish Malhotra, Seema Khan, Arbaaz Khan, Yash Birla, Sussanne Khan, Sushant Singh Rajput, Sana Khan, Ileana D’Cruz, Sanjay Kapoor, and many others were seen in attendance. Check out Suhana and Gauri Khan’s pictures here: (ALSO READ: This Picture Of Suhana Will Make You Say Shah Rukh Khan-Gauri Khan’s Lil’ Girl Is Bollywood Ready) Also Read - Suhana Khan, Ananya Panday, Shanaya Kapoor, Navya Naveli Nanda Party All Night | See Now-And-Then Pics 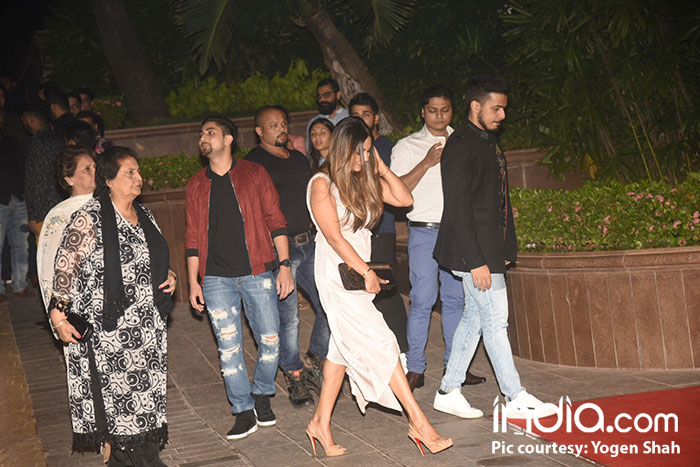 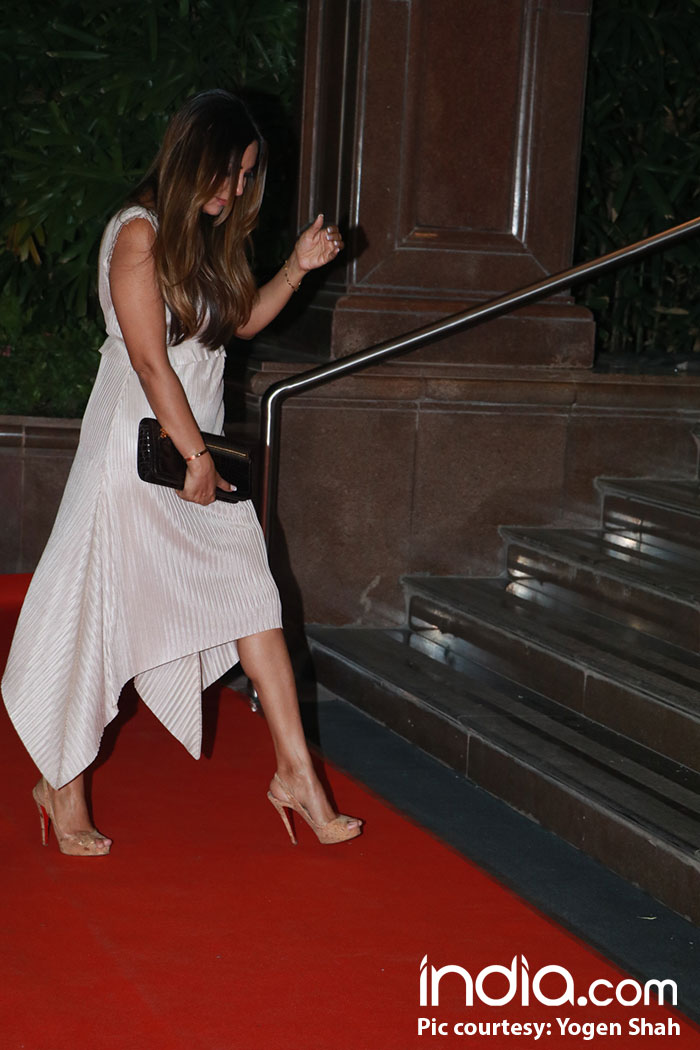 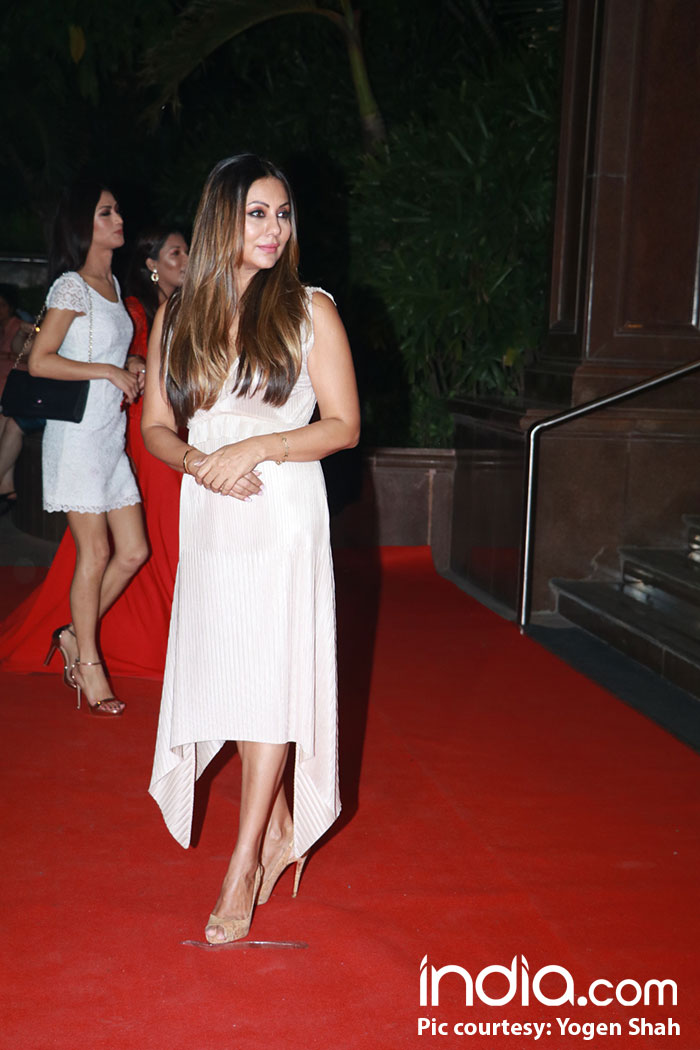 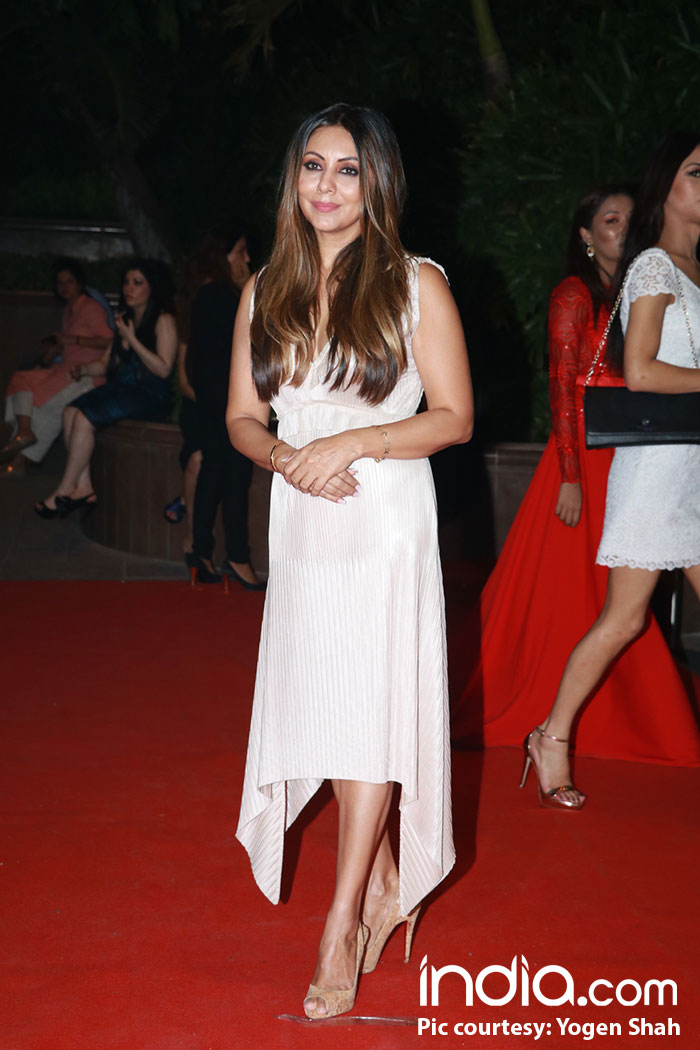 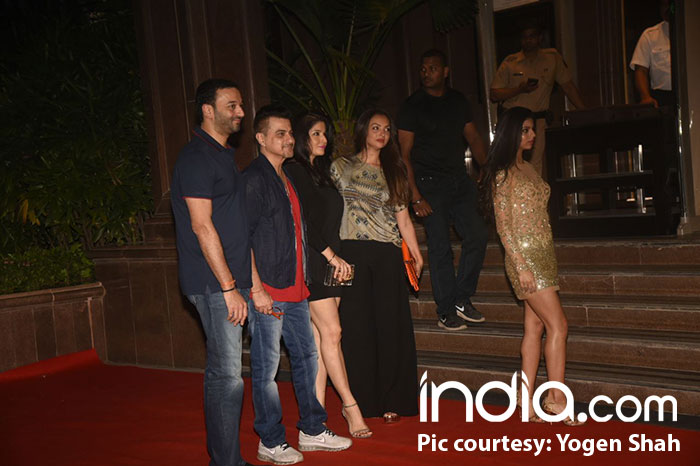 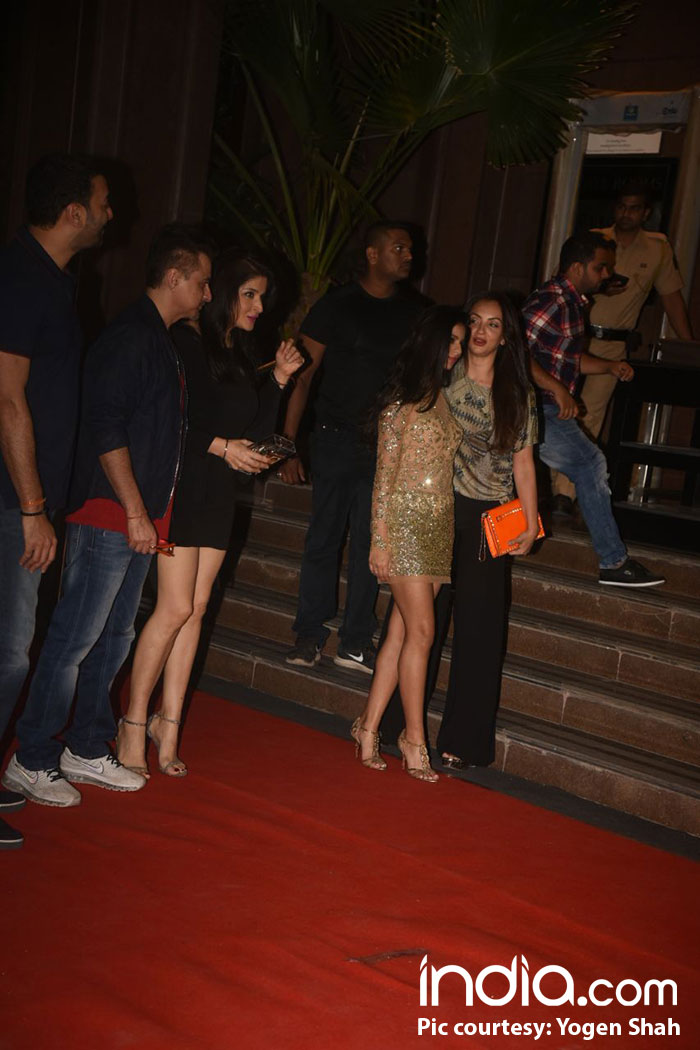 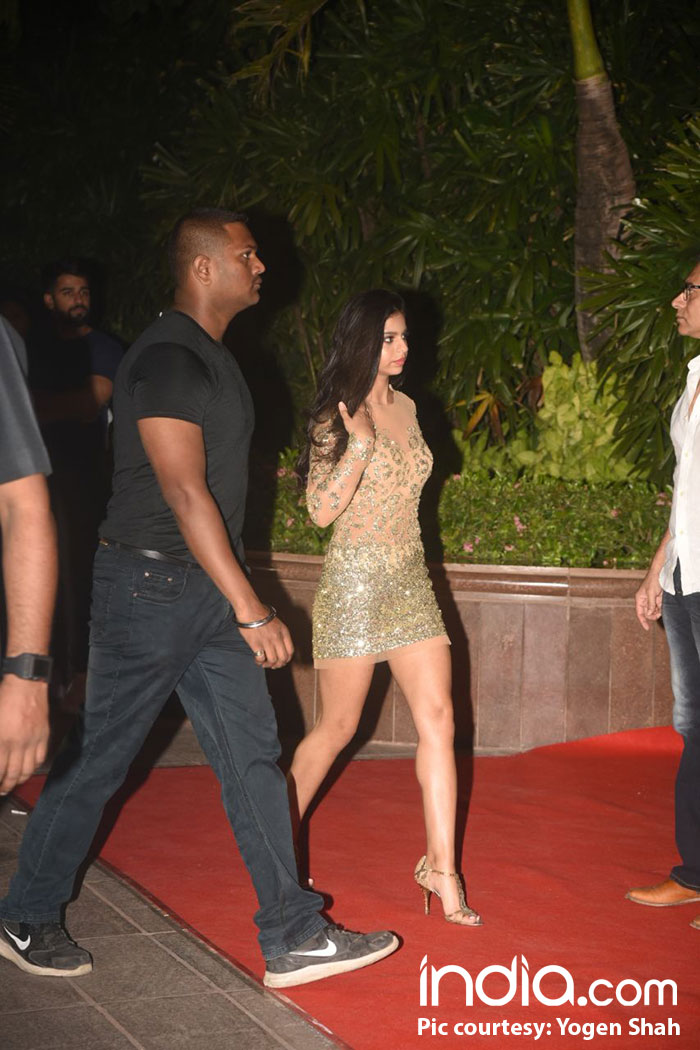 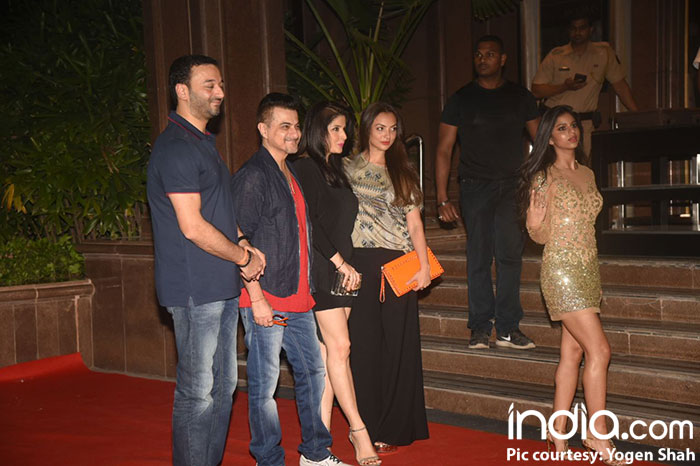 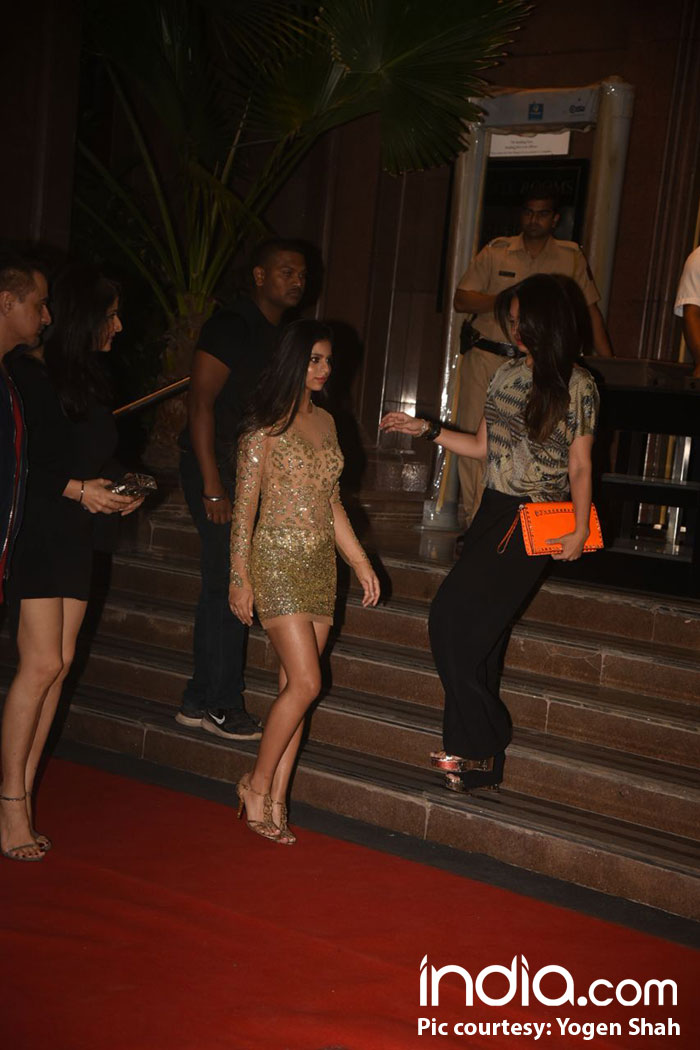 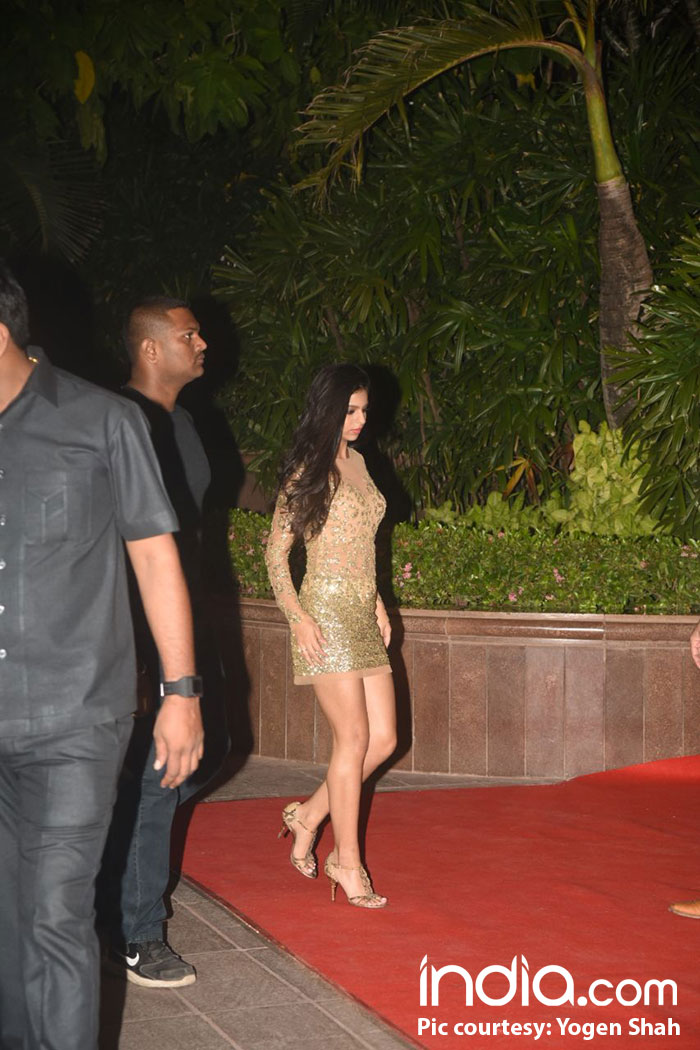 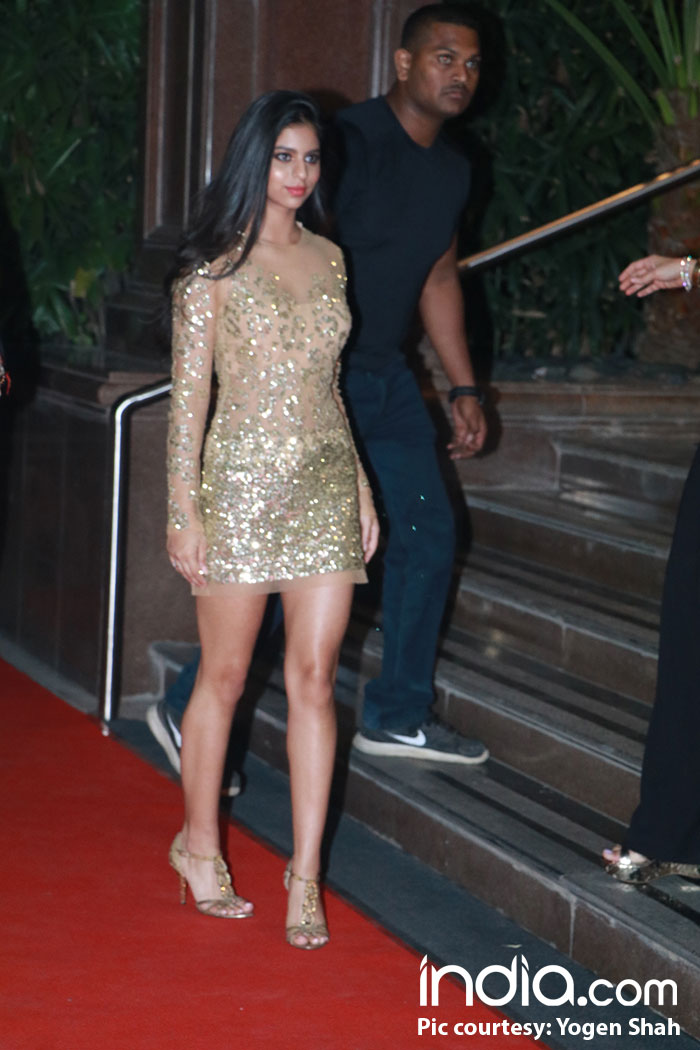 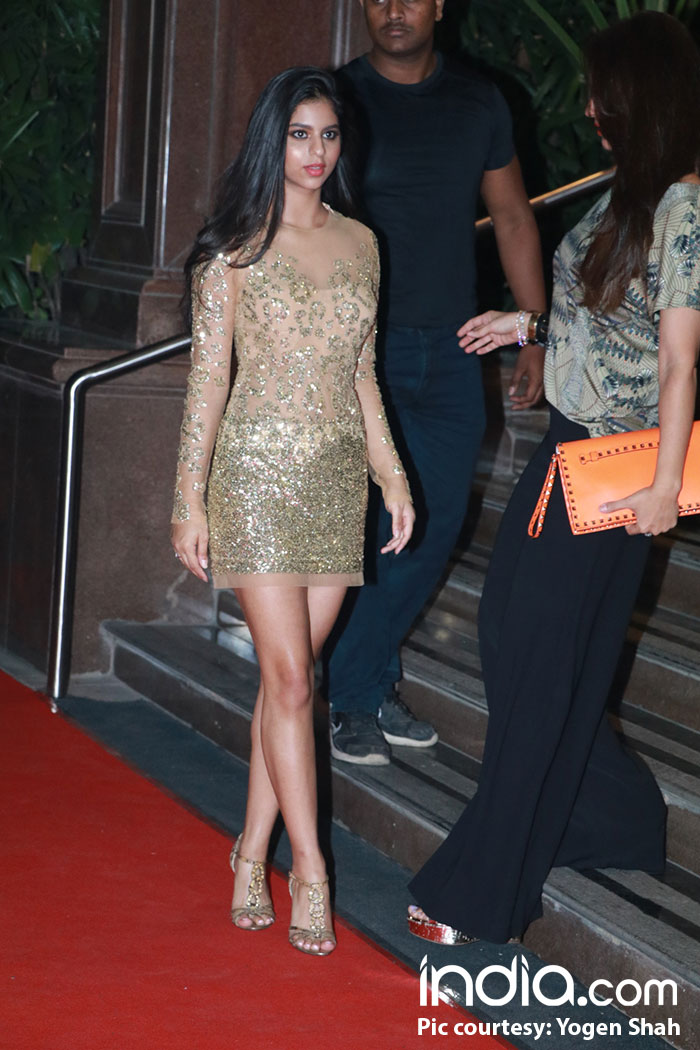 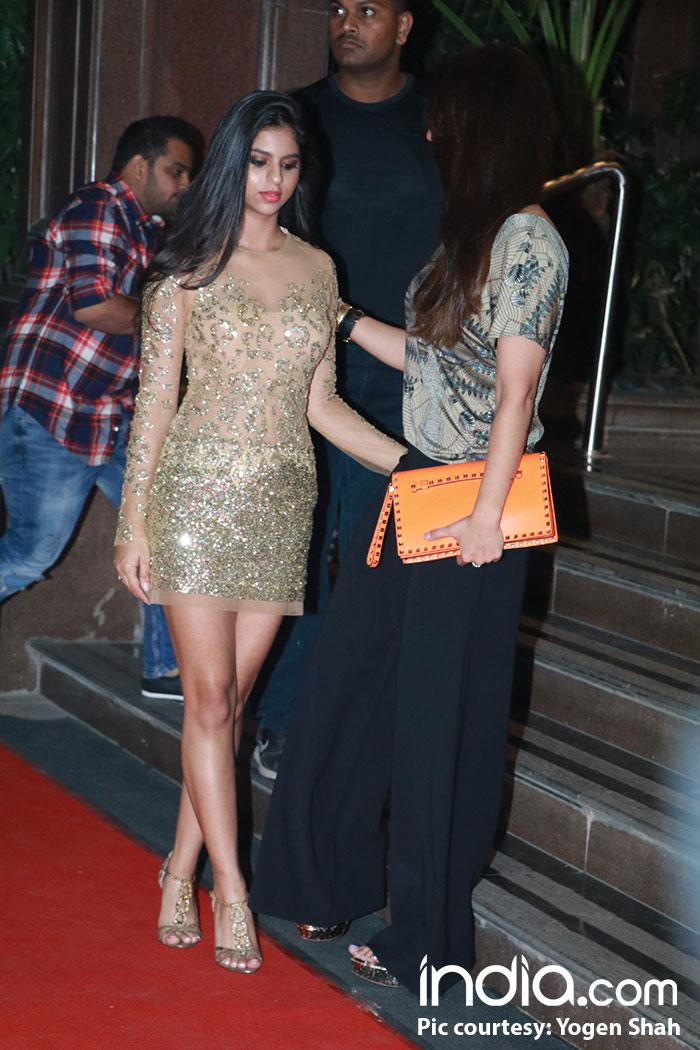 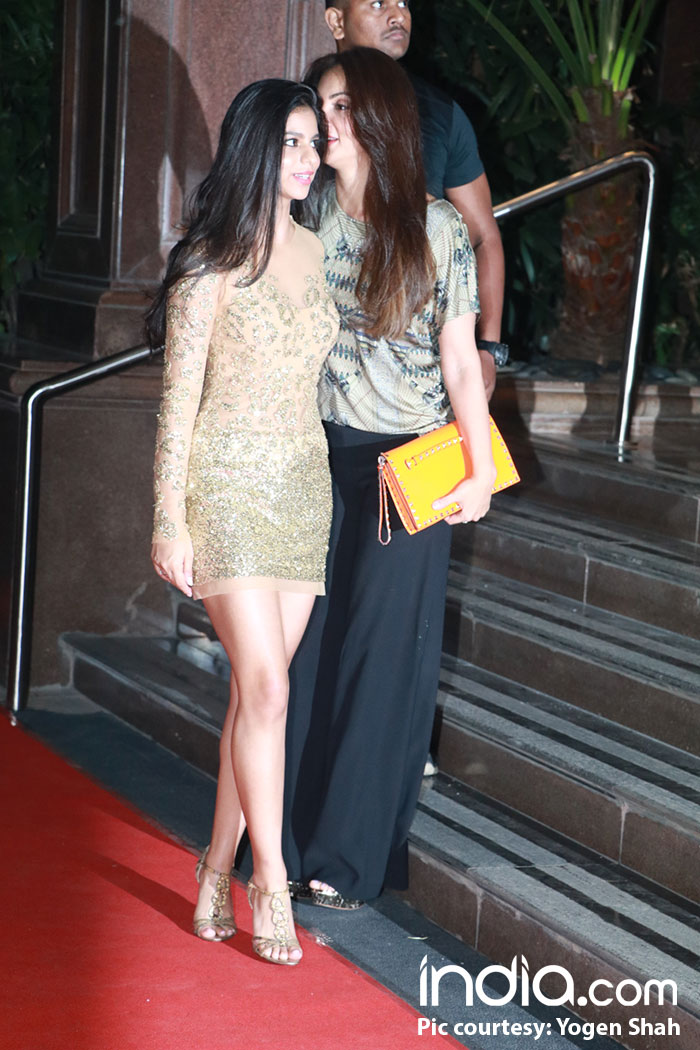 And here the inside pictures and videos from the Halloween Bash:

Seeing Suhana Khan’s pictures, all we can is this young lady is Bollywood ready and we just cannot wait to see her shine on the silver screens. Even King Khan has admitted that his daughter wants to be an actress but his children can do whatever they wish to but only after completing their education first. So looks like we’ll have to wait little more to see Suhana making her way to Bollywood!