She says she didn't have any qualms of taking up such a role in her debut Bollywood film. 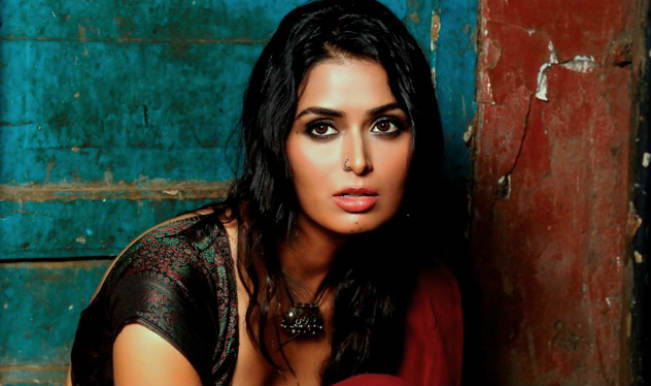 Chennai, May 25:  Meenakshi Dixit, who is making her Bollywood debut in forthcoming political satire “P Se PM Tak”, says the experience of shooting for the movie with veteran filmmaker Kundan Shah helped her grow from a heroine to an actor. “Thanks to this experience, I think I’ve grown from a heroine to an actress. By the end of the shoot, I feel I’ve grown as a human being and that my perception towards life, myself and cinema has completely changed,” Meenakshi told IANS. (READ: Telling tales via journeys: Bollywood’s latest route) Also Read - Priyanka Chopra's Decision To Sign Her Next Bollywood Film Depends On Quantico Makers?

In the movie, which releases in cinemas on Friday, Meenakshi plays a prostitute. She says she didn’t have any qualms of taking up such a role in her debut Bollywood film. She said: “I’d like to believe that I’m a typical commercial cinema heroine and that I always felt I was more suitable for commercial roles. All my work so far in the south has been very commercial. But this was a challenging role. It was something I had not done before and I was only apprehensive thinking ‘Will I be able to carry such a role without making a fool of myself?'”
Although it’s a role of a prostitute, Meenakshi said her director presented her “respectfully on the screen”. Also Read - YAY! Priyanka Chopra Is Returning With A Bollywood Film Soon And We Have All The Details

“For this role, I was made to look five shades darker and had to wear clothes that looked least fashionable; some were even torn. I also had to ruin my Hindi and speak with an accent. Shah-ji never tried to make me look beautiful on screen, but the character I play is by itself beautiful,” she said.Shah had originally written the script for Madhuri Dixit, nearly two decades ago.

When asked how she landed the project, Meenakshi said: “His first choice for this script was Madhuri, and he even went to her but the project didn’t materialise. He told me that Madhuri inspires him. Whenever he gets stuck with a story or with a particular scene, he’d ask himself how Madhuri would do it if she was part of the project. When Madhuri turned down the offer, he decided to cast a newcomer. He auditioned a lot girls and fate worked in my favour,” she said.

What surprised Meenakshi was why Shah would risk his project with a newcomer. “I was taken aback by their decision and told myself if I could bag this role, it would be one of the biggest achievements of my career. I prepared well for the audition, which took a toll on me because the process was very intense. I had to audition four times to finally bag the role,” she added. Known mostly for her work in Tamil and Telugu films such as “Dookudu”, “Billa 2”, “Baadhshah” and “Thenaliraman”, Meenakshi believes “P Se PM Tak” will show the southern filmdom what more she is capable of doing.

“Until this film, I thought I could only do commercial cinema. This opportunity has helped me discover a side of me that I didn’t even know existed before. Southern audiences will get to see my true potential as an artist in this role,” said the actress, who currently has two Tamil films and a Kannada film in her kitty.