Sachin Tendulkar's daughter Sara recently went on a romantic date. She has been linked to Shubman Gill, an Indian international cricketer several times but the two haven't spoken about it openly.

Mumbai: Sara Tendulkar, Sachin Tendulkar‘s daughter, is one of the most popular and admired influencers in the country right now. She has managed to be in the spotlight for all the right reasons thanks to her father’s efforts. Sara’s admirers go nuts every time she posts a cute photo or video.Also Read - How 50 Feels...: Sachin Tendulkar's Funny Birthday Wish for Old Friend Goes Viral | See UNSEEN Photos

Sara’s latest Instagram story has gone viral, and people are loving it. We’re smitten with a picture she uploaded of herself holding hands with her date. Also Read - Virat Kohli or Sachin Tendulkar? Politician's Tweet Sparks Controversy After Captaincy Resignation

Take a look to find who the date was: 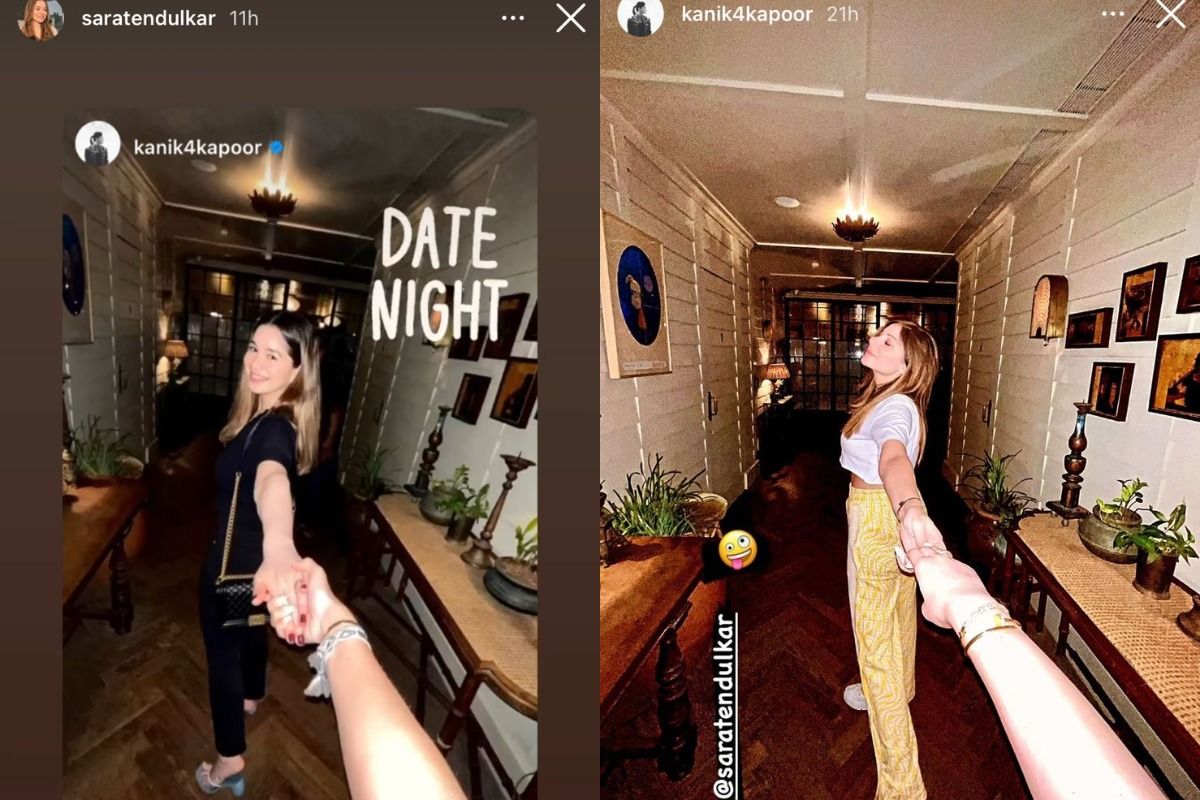 Sara Tendulkar and singer Kanika Kapoor have made headlines for their friendship on numerous occasions. The two frequently make comments on each other’s photos.

Don’t these two give us major friendship goals?