The film seems to be too far fetched as compared to the trailer but there is still hope in the second half. 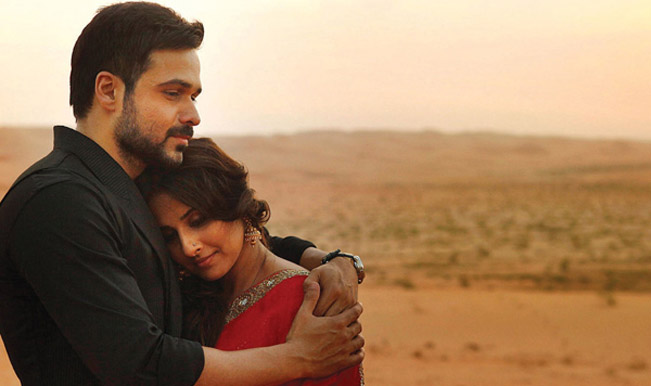 The trailer of Hamari Adhuri Kahani created ripples in the film industry and amongst the audiences. However, the much anticipated film has rather disappointed us big time. For all those who watched the trailer and thought of the film to be intriguing enough, Hamari Adhuri Kahani is a major let down. Also Read - Mira Rajput Hails Vidya Balan And Shefali Shah For Calling Out Sexism at Home

The first half shows how Emraan Hashmi who plays Aarav Ruparel is a billionaire and falls in love with a married woman Vasudha (played by Vidya Balan). Vasudha, who trapped in a bad marriage with Hari (played by Rajkummar Rao) who tortures her and physically abuses her too. He suddenly goes missing for as long as five years and then Vasudha meets Aarav. When Aarav enters her life, he changes her perspective towards life and things in general. After getting to know each other, Vasudha finally decides to accept Aarav’s marriage proposal. That’s when her long lost husband makes a comeback. Will Vasudha and Aarav now part ways or will they go against the rules of the society and be with each other for the rest of their lives? Also Read - Dhaakad Movie Review: An Unbelievably Fiery Kangana Ranaut Steals The Show

Performance wise, Emraan has done a commendable job. While our expectations were extremely high from Vidya and Rajkummar, we have to admit, our hopes were dashed! Hamari Adhuri Kahani has a series of cheesy dialogues which are sure to draw big yawns. It is clear that this Emraan Hashmi and Vidya Balan starrer is in for a string of harsh reviews tonight!