Actor Kangana Ranaut has become a controversial queen as she leaves no time to speak on any issue related or unrelated to her. On Tuesday, the Manikarnika actor declared she has raw talent like Oscar-winning actor Meryl Streep, and skilled action capabilities and glamour like actress Gal Gadot. She even tweeted that she is better than Tom Cruise and no one is like her in this globe. Kangana Ranaut made a declaration by sharing several images from her upcoming films, Thalaivi and Dhaakad. The pics show Kangana’s physical transformation when she gained weight for her role in Thalaivi and shed the extra kilos for the action film Dhaakad.Also Read - Video: Jharkhand Leader Promises To Construct Roads Smoother Than Kangana Ranaut's Cheeks| Watch

Kangana had tweeted saying: “Massive transformation alert, The kind of range I display as a performer no other actress on this globe has that right now, I have raw talent like Meryl Streep for layered character depictions but I can also do skilled action and glamour like Gal Gadot #Thalaivi #Dhaakad.” Kangana promised to give up being ‘arrogant’ if someone is able to name a better actress than her. “I am open for debate if anyone can show me more range and brilliance of craft than me by any other actress on this planet I promise to give up my arrogance, until then I can surely afford the luxury of pride #Thalaivi #Dhaakad”. Also Read - Kangana Ranaut Says 'Punjab is Becoming Hub of Terrorist Activities' After The PM Modi Security Lapse Incident 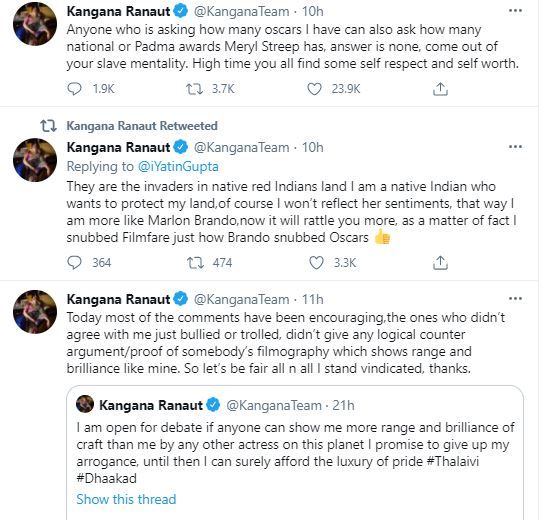 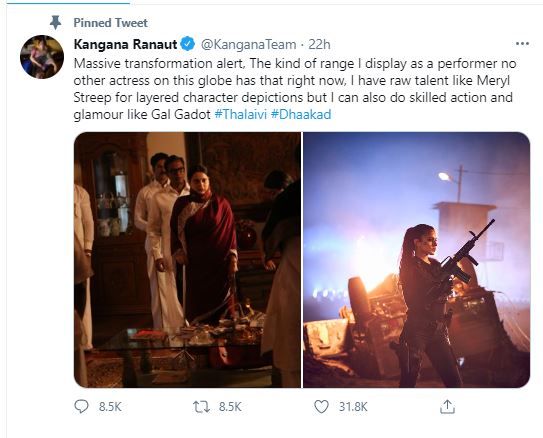 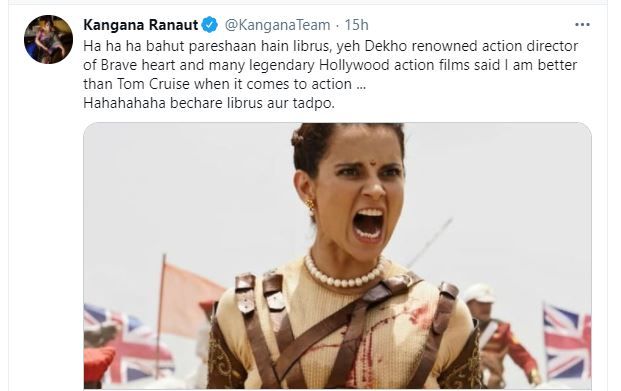 Actor Richa Chadha and director Hansal Mehta took no time to react to Kangana’s tweet and trolled her by sharing hilarious tweets. Richa shared a checklist for narcissistic personality disorder in a tweet. The list included multiple signs to assess oneself on and Richa had a marked a few of them in red, the ones that matched Kangana the best like ‘Addicted to fantasy oriented behaviour’, Will lie and distort facts and change events to suit their own agenda’. There are many moe, take a look at the tweet below:

Hansal Mehta also took to his Twitter handle to make fun of Kangana by sharing picture of all the food he has cooked with a caption. He wrote: “Massive talent alert. The kind of range I display as cook no other cook on this globe has that right now, I have raw salad like Caesar Salad or layered renditions like biryani or nahari or qormas. I can also do skilled vegan like vegetable makhani and spaghetti aglio e olio”. Mehta later on deleted the tweet and wrote, “Friends who care told me it was unnecessary. Hence it was deleted.”