Kangana Ranaut is one actor who always broke the norms - sometimes set for female actors, sometimes for those who came from outside the industry and sometimes set against those who refused to fit in the elite Bollywood groups. To that fiery spirit, Happy Birthday!

It’s difficult to trace back Kangana Ranaut‘s history in the film industry and find out any moment when she didn’t show the courage to speak what she strongly felt. After debuting in the industry at the age of 19 years with an off-beat film like Gangster, the actor did many unexpected roles. However, 14 years of her journey shows that while the audience accepted her as a talented performer, actual challenges were thrown in her way by the members of her own fraternity. Sometimes, she exposed them, sometimes she kept mum and waited for the right time. Also Read - Kangana Ranaut’s Thalaivi Gets Postponed Due to Rise in COVID-19 Cases

One thing that Kangana did in her journey – something that’s exceptionally beautiful to realise – is that she accepted not everything, everytime will favour her moves. During the time when she couldn’t be the queen, she prepared herself to be the one – by polishing her craft, silently observing how the industry generally treats outsiders and making sure that she explodes when the time is right and when she doesn’t need any external support to sustain her career. That time is today. Kangana arrived and how! Also Read - Kangana Ranaut Says Akshay Kumar Called Her Secretly to Praise Thalaivi, Fans Are Rolling Their Eyes!

Kangana started to break the industry norms from the very beginning of her career. She bagged all the major awards for her debut performance in the year 2007. While receiving the trophies on these glamorous platforms, Kangana didn’t try hard to appear all perfect and polished. A fiery Kangana went all out and gave her acceptance speeches in Hindi including a bit of broken English, without any regret, shame or apprehensions. That was not just the beginning of her shining career but also the beginning of a new era where the female actors were not supposed to speak perfect or look perfect but needed to be strong-headed, aware of their shortcomings and ready to learn always. Also Read - Kangana Ranaut Blasts Sanjay Raut as he Gets Accused of Harassment by Film Producer, Says 'Proven Right'

Now, Kangana is one of the actors who never attend any film award functions while believing that these events are nothing more than a Bollywood circus where everyone dresses up in expensive clothes and pay money to be awarded.

An incident that established her as a woman who will never accept any finger pointed at her dignity and self-respect was the Hrithik Roshan episode. In an interview with an entertainment portal, Kangana, without taking Hrithik’s name, called him her ‘silly ex.’ The actor, however, went all offended with the statement and wrote on Twitter that he would rather date a ‘pope’ than the said actress. It turned into a legal battle then. Kangana released photographs that showed Hrithik clung to her like she meant the world to him.

Not just with Kangana, Hrithik’s photos with her sister Rangoli Chandel were also released and later, she revealed that the actor used to pamper her a lot in his attempt to come close to her sister. The matter is now cleared citing lack of evidence but Kangana, on her part, never shied away from giving an interview, talking in length about any detail of her alleged relationship with Hrithik nor did she express any regret about her past. She owned every bit of what she claimed and always stood by it. 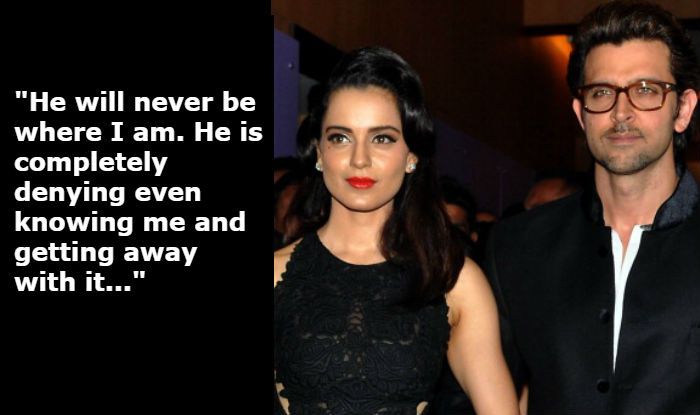 Nepotism was an unheard word for many until Kangana made it important for everyone to hear it, understand it and despise it because it stood for discrimination and injustice. In her special interaction with Karan Johar on his own chat show, she appeared totally unstoppable. The Kangana who was preparing herself to ask the right questions to the right people finally got the opportunity that day. She told Karan that he was responsible for encouraging nepotism in the film industry by launching many star-kids – even those who were completely undeserving of a break in the industry. She knew she was on his show and yet she minced no word in telling KJo that he probably needed a reality check that perhaps no other female actor had the courage to tell him before. 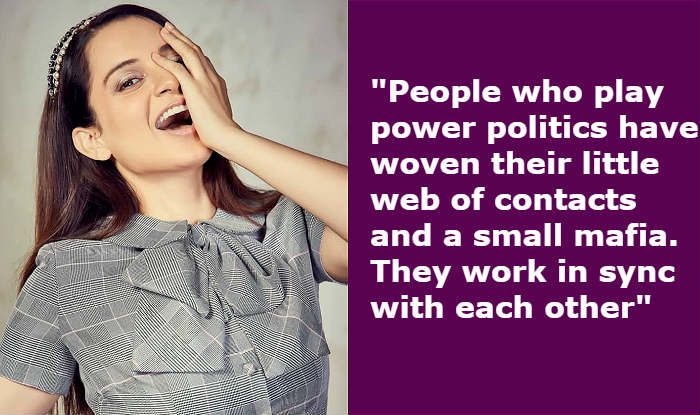 The fight against discrimination and elitism that began on that show is still on. Kangana now calls KJo the leader of Bollywood mafia – a group in which rich people stay together, help each other, support each other in doing all discriminatory things against those who don’t belong to their club or don’t want to.

For whatever she did and said, Kangana never hid the details of her personal life. She proudly accepted that she committed mistakes like any other normal human being and learned from them. She never showed a face that was dreamy or unlikely or far from reality. There was a female actor who appeared like a regular woman with her regular struggle and family background. She also slowly understood that it was her responsibility to safeguard the image that people find so relatable. Everytime someone tried to tarnish that by making vile statements, Kangana spoke out unabashedly. She silenced all in a way that only she could.

One of her fights was always against pseudo-feminism. Kangana has been combating women who used feminism for their convenience. Her fight against male chauvinism is big but against fake feminists is even bigger. Both she and her sister, Rangoli Chandel, never leave out an opportunity to expose those who promise big in the name of women empowerment but become complacent when it comes to practice what they preach. 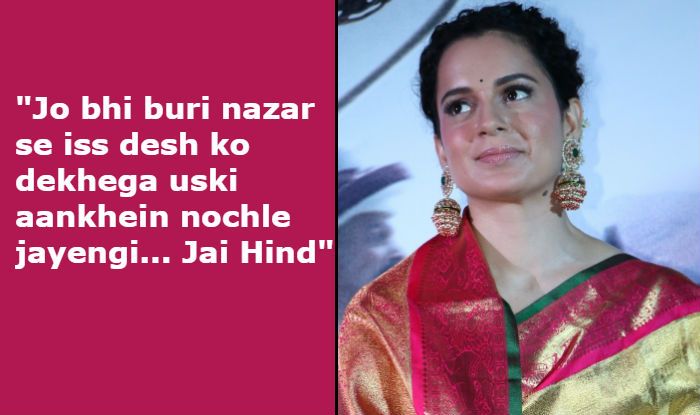 Another proof of her fearless self is her powerful political stance. It’s rare for celebrities in the film industry to show or talk about their political affiliation. Kangana never shies away from speaking about who she supports and why she supports. Whether you agree with her affiliation or not is subjective but the fact that there’s an actor who doesn’t like to be politically correct is definitely remarkable. A popular notion in the film industry is to see their female actors as nothing better than pretty Barbie dolls. They are not expected to show their strong face or speak out in the matters of national importance. But, who said the glass ceilings can’t be shattered?

The actor recently launched her own production house and also debuted as a director last year. She is now spearheading big films that are solely riding on her shoulders. The path still seems rocky because the audience is yet to develop a habit of accepting films wholly led by female actors. But something tells us to trust Kangana.

Wishing that fiery spirit, the one in whom we trust, a very happy birthday!