Birthday wishes pour in for Uri actor Vicky Kaushal as he turns 31.

One of Bollywood’s most versatile actor Vicky Kaushal who has given the audience some great films like Masaan, Raazi, Uri: The Surgical Strike among others is celebrating his 31st birthday today. While the actor is in New York celebrating his special day, Bollywood celebs pour in wishes for the actor. Also Read - Taapsee Pannu, Pratik Gandhi Come Together For Arshad Syed Directorial 'Woh Ladki Hai Kahaan'

Anil Kapoor took to his Twitter to wish Vicky Kaushal and wrote, “Happy Birthday, @vickykaushal09! May you continue to give heart-winning & power-packed performances! Looking forward to working with you in #TAKHT soon!Have a great year ahead! Lots of love!”. Also Read - Harsh Varrdhan Kapoor Doing A Remix Of Anil Kapoor's Film & More

Alia Bhatt took to her Instagram story to share a black and white picture of Vicky and wrote, “Happy happy birthday you lovely human!!! Have a super super day.” Alia has worked with Vicky and Raazi. Both Vicky and Alia are good actors and watching them share screen space definitely left audiences awestruck.

Abhishek Bachchan, who has worked with Vicky in Manmarziyaan, tweeted, “To the brother…. Happy birthday @vickykaushal09 live it large!.” Taapsee Pannu also wished the actor by sharing a picture with Vicky from the sets of Manmarziyaan. She captioned it, “Happy Birthday lul! Cheers to growing OLDER!”.

To the brother….
Happy birthday @vickykaushal09 live it large!
🤗 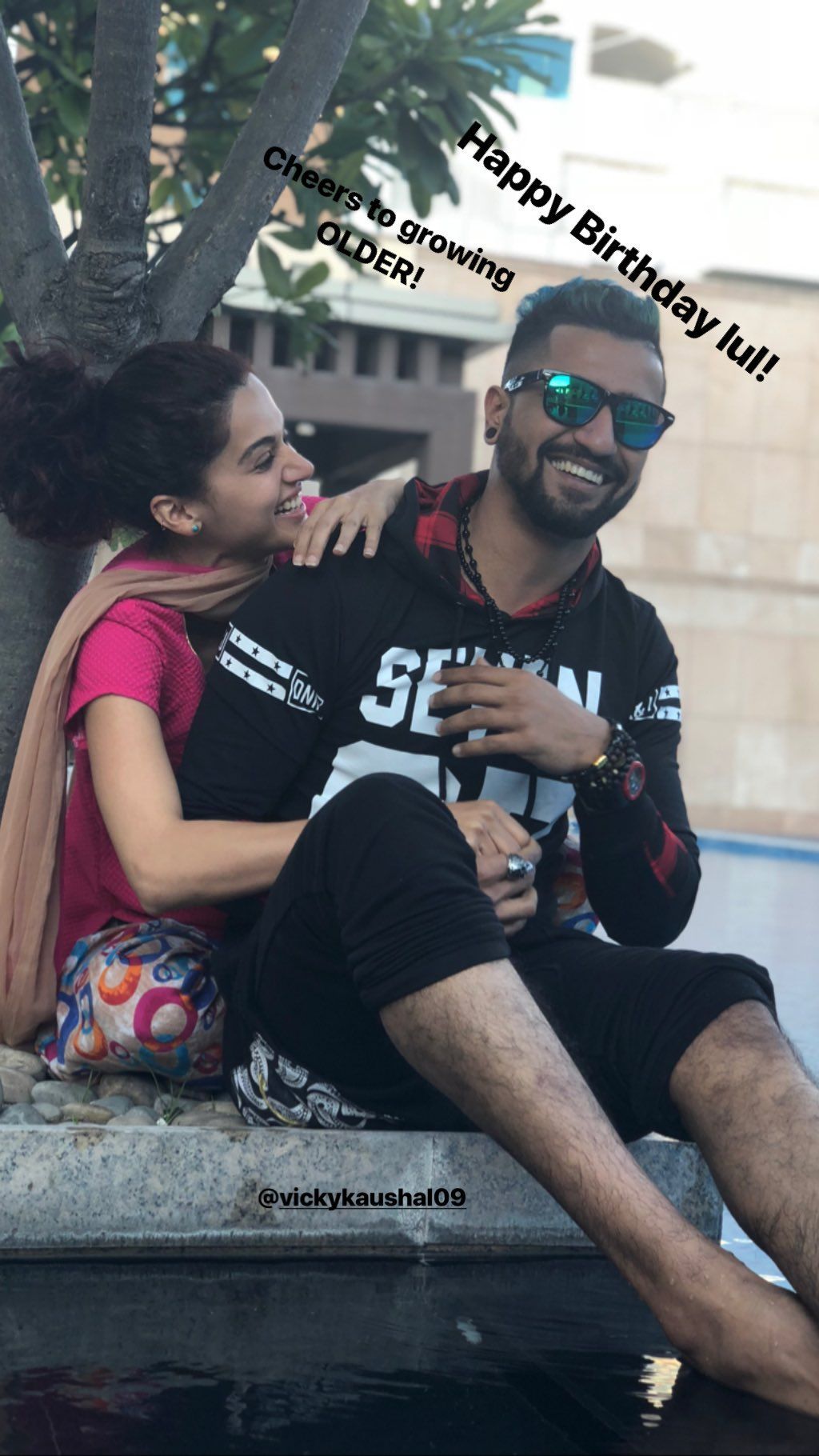 Yami Gautam, who co-starred with Vicky in Uri: The Surgical Strike, shared a picture with Vicky on Instagram and captioned it, “Happy happy bday to the only actor who makes me look tall. Stay this awesomesttt munda that you are Vicky”.

Before getting into films, Vicky worked as an assistant on Anurag Kashyap’s film. He made his Bollywood debut with Luv Shuv Tey Chicken Khurana in 2012. Post that he was seen in the 2015 film Masaan that gave him a lot of popularity.

He is being applauded for his performance in his latest releases Raazi, Sanju, Manmarziyaan and Uri: The Surgical Strike. Vicky will next be seen in Shoojit Sircar’s Udham Singh and in a horror comedy opposite Bhumi Pednekar.