Get ready for an action packed, heart racing adventure where you have to unlock doors, break walls, hack alarm systems, and crush guards who will attack you like blood thirsty zombies! 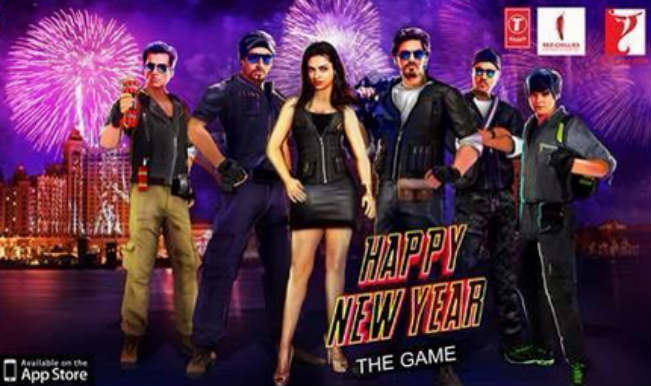 The countdown has already begun! Merely eight days to go for the much hyped film Happy New Year to hit the silver screens, here is yet another promotional stunt. The film makers have officially released the Happy New Year game which is now available on Google Play and on all other Android devices. With new and innovative ideas, the HNY team is leaving no stone unturned to promote the forthcoming film. Also Read - Deepika Padukone Crashes In Hubby Ranveer Singh's Chat With Fans, Asks 'When are you coming home?'

Happy New Year: The Game is a side scroller action adventure Bollywood game where a group of six highly trained thieves take on thrilling missions using their unique skill sets and gadgets to pull off the greatest diamond heist of the world. Get ready for an action packed, heart racing adventure where you have to unlock doors, break walls, hack alarm systems, and crush guards who will attack you like blood thirsty zombies! Also Read - The Incarnation-SITA Writer Says ‘Kangana Was Our Priority Not Kareena Kapoor Khan, Deepika Padukone’

The adventurous game revolves around helping the Indiawaale in their quest to pull off the biggest diamond heist at the magnificent Atlantis in Dubai at the World Dance Championships. There are eight complete levels to test your mettle.

Directed by Farah Khan, Happy New Year is scheduled to release on October 24.