Deepika seems to have reconciled to the fact that Ranbir is currently with Katrina and will likely be living-in with him. 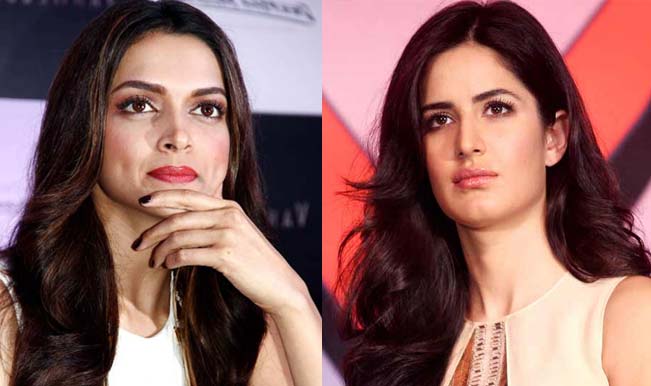 Our headline says it all. Deepika Padukone and Katrina Kaif seem to have accepted the fact that they have dated the same guy – Ranbir Kapoor. And more so, Deepika seems to have reconciled to the fact that Ranbir is currently with Katrina and will likely be living-in with him. Having done Yeh Jawaani Hai Deewani with Ranbir Kapoor post their break-up which turned out to be a blockbuster, Deepika will now be seen in another film with her ex-beau, i.e. Imitaz Ali’s Tamasha. (ALSO SEE: Ranbir Kapoor and Deepika Padukone are back together in Tamasha: First Look!) Also Read - Charas Recovered From Deepika Padukone's Manager Karishma Prakash's House, NCB Says She Has Gone Missing

Ranbir and Deepika remained friends after parting ways and even hung out together sometimes, but after Katrina and he became very close, the equation between the former lovers changed. But after her new movies with Ranbir, Dips has calmed down. Proof of that is how Deepika wished Katrina Kaif on her birthday on July 16 this year on Twitter – possibly because she met her on the sets of Tamasha abroad. But still, wishing Katrina in public is a big thing. Also Read - Drug Nexus Case: Deepika Padukone’s Manager Karishma Prakash was in Touch With Drug Peddlers

And now, Deepika, recently in the news for the ‘cleavage controversy’ with the The Times of India, has come out in defence of Katrina. It has been reported that Deepika was asked about doing ‘showpiece’ roles like Katrina’s in Jab Tak Hai Jaan. The dusky beauty turned the conversation over and said that she thinks Katrina worked very hard for the role.

Deepika refused to comment further on Katrina but explained to the journo how difficult it is being a heroine. She reportedly said, “The hard work and effort is still the same, whatever the role. Being a heroine is not easy, let me tell you that. It looks very glamorous and a great life but it is lot of hard work.”

Now make what you will of it, but we think Deepika has chosen the right path as far as Katrina Kaif is concerned – of forgiveness. Is Sonam Kapoor reading this?