Check out this new still from Shraddha Kapoor-Siddhanth Kapoor's Haseena!

Shraddha Kapoor is playing the gritty underworld queen in her next, Haseena, which also is the debut of her younger brother Siddhanth Kapoor. The real life brother-sister will play siblings on screen as well. Siddhanth will essay the role of underworld don and most wanted criminal in the world: Dawood Ibrahim while Shraddha will play his sister who later takes on his empire, Haseena Parkar. Siddhanth posted this still on social media and captioned it as, “Bhai aur Haseena ! First still from the film ! #haseena #haseenaparkar #bhai #dawoodibrahim #haseenamovie #bollywood #comingsoon #onset #love #mybeautifulsister”  Both look engrossed in a conversation. Shraddha looks unrecognizable in a de-glam avatar while Siddhanth’s resemblance to Dawood has bowled us over!Also Read - Shakti Kapoor Breaks Silence on Shraddha Kapoor-Rohan Shrestha Marriage Rumours, Says 'he Hasn't Asked For Her Hand Yet'

Shraddha had a sort of a dry spell at the box office lately with her films Ok Jaanu and Rock 2 bombing at the box office. She seeks redemption with her next projects, Half Girlfriend and Haseena. While she is playing an urbane, chic millennial in Half Girlfriend, she would be essaying the role of a gangster in Haseena. Talking about his debut brother Siddhanth said, “I couldn’t believe he (Apoorva Lakhia) wanted me to play the part because I could not imagine playing someone like Dawood Ibrahim. Apoorva told me he has the trust that performance wise I will do it, but wanted me to convince him that I look that part.’ ALSO READ: The Kapil Sharma Show: Sumona Chakravarti did not upset Shraddha Kapoor on the show! Also Read - Shraddha Kapoor - Rohan Shrestha to Tie Knot Soon? Padmini Kolhapure And Priyaank Spill The Beans | Exclusive 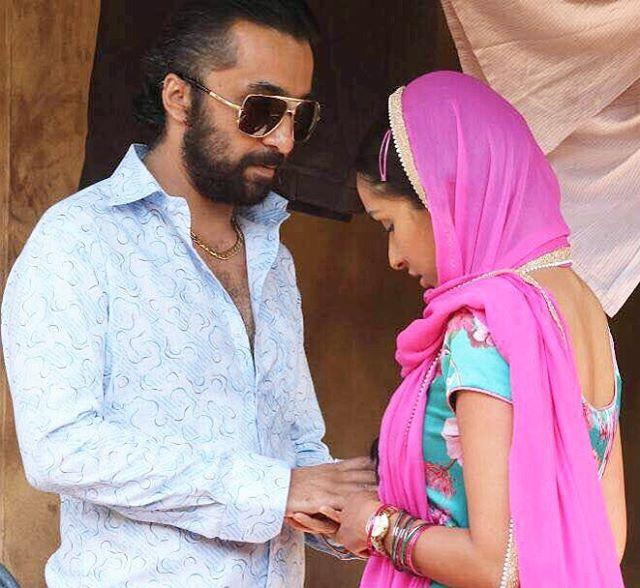 Shraddha and Siddhanth’s looks were created with help of a lot of prosthetics and body suits. Director Apoorva revealed, “As it was impossible to shoot on real locations, our job became more difficult as we had to recreate the exact sets as per the photos we had over 4 decades. Shraddha and Siddhanth were amazing together and their scenes have turned out to be fantastic. They were both committed to their roles and never complained even when Shraddha had to sit for hours in make-up.”