Ranbir Kapoor and Alia Bhatt are in Sofia, the capital city of Bulgaria right now for their first ever film together – Brahmastra. It is a trilogy to be directed by RK’s good friend and director Ayan Mukerji. However, India.com had exclusively learnt that the crew hasn’t yet begun shooting. It is just the preps that are going on right now and the canning will only begin later the coming week. Read more details here: Also Read - Spotted! Deepika Padukone, Ananya Panday, Malaika Arora, Alia Bhatt Papped in Mumbai- Video

Yes, Alia and Ranbir are training like crazy while in Sofia. And we got information about the same when their trainer, Jonathan Fletcher, posted a selfie with the two lead stars, mentioning how they have recently undergone an important movement training session. He also revealed how both RK and AB are pushing their limits to train for Brahmastra. Prepping for a sci-fi film isn’t really a cakewalk and the post revealed it all. However, the two stars are also making sure to make the most of their time in Bulgaria. Also Read - Alia Bhatt Buys New House in Ranbir Kapoor's Building For Rs 32 Crore, Gauri Khan to do The Interiors

Late last night, a picture of the two went viral from a mall in Sofia where the two perhaps headed to explore the local eating places and to indulge in a little shopping. After all, all work and no play will be so boring, haina? Also Read - It Took 5 Whole Years For People to Appreciate Tamasha Starring Deepika Padukone And Ranbir Kapoor 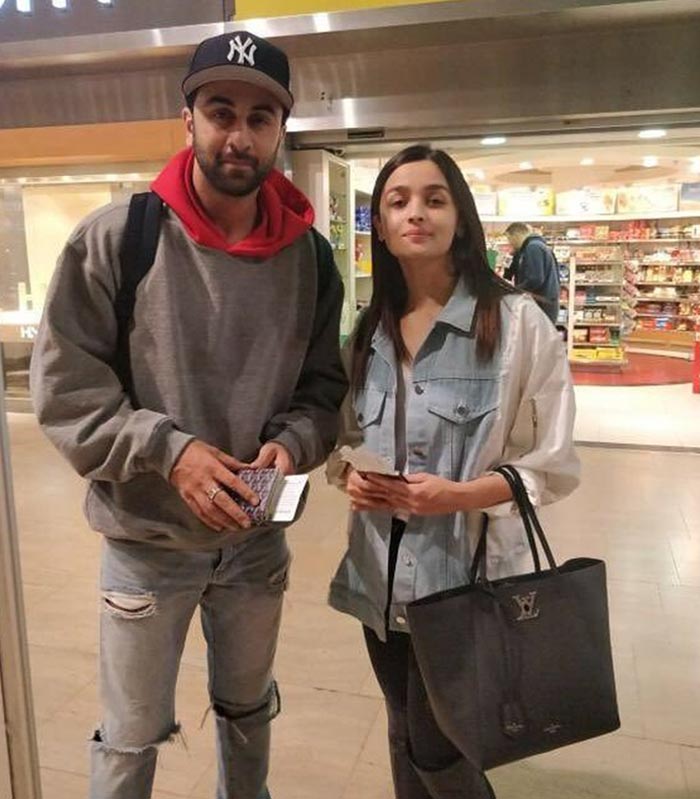 Interestingly, this is not all. Our source working on the film has revealed that the two actors have been spending a lot of time with each other. “The shoot is yet to begun and its just training and reading sessions that are taking place right now. And the day gets wrapped up by early evening on most days. And on such days, you will find Ranbir and Alia absconding. They have been spending their off duty hours together and even though RK’s BFF Ayan is right there in Bulgaria, it is now known whose company the actor prefers,” said our source adding that even on occasions when the crew made a plan to do something together, the Brahmastra lead pair bailed out, to spend some alone time, with each other.

Well, fans of the two stars have already been tripping over their pictures from the Filmfare awards where they stuck around one another, and now these latest pictures from Bulgaria. We are sure they cannot wait to see the two light up the screens when they come together on the 15 August, 2019. Yes, there’s quite a long wait until then. But we are sure to get pictures from the sets of the film and off it as well, to make sure our regular dose of Ranbir and Alia doesn’t get skewed.