The Joker on CID looked more like a spoof rather a copy - it was that bad, or a good spoof! 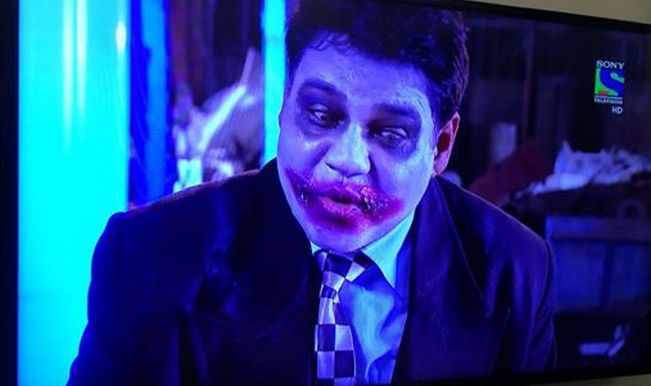 You’ve got to be kidding me! This is what your first reaction will be once you see this picture from CID. The popular Indian crime show on Sony Entertainment Television has just outclassed itself – no, not in crime stories but in providing comic relief! The CID episode video telecast last weekend had a villain who was a version of the notorious villain from Batman movies – The Joker.Also Read - The Batman Trailer: Robert Pattinson is Violent Superhero, Joins Zoe Kravitz’s Catwoman to Make Deadly Combo, Watch

So why are we laughing? Because The Joker on CID looked more like a spoof rather a copy – it was that bad, or a good spoof! The Joker was last played by the late Heath Ledger in Christopher Nolan‘s The Dark Knight (2005). Health passed away due to drug overdose, immortalising the character. But, The Joker itself was first made memorable by three-time Oscar Award-winning actor-filmmaker Jack Nicholson in Batman (1989). Also Read - Justice League Snyder Cut Released in India: When, Where And How To Watch Zack Snyder's Film

Both these actors lent their own creativity to The Joker, so when we saw a cheap, sidey copy of the same on CID, complete with the same dialogues, we cringed. Also Read - Multiple Batman, Multiverse! Michael Keaton, Ben Affleck, Robert Pattinson To All Play Batman in DC Films in 2022

The images and video of CID with The Joker went viral and people had a good laugh. It seems one has to be a copycat in order to become the longest running TV show in India!