When two of the most colourful people come together to celebrate Holi!!

While Holi 2018 was otherwise quite lackluster (due to Bollywood actress Sridevi’s untimely death), our very own live wire, Ranveer Singh and American singer, Pharrell Williams, two of the most colourful people, got together to paint the town red this time. Pharrell is in India to promote a clothing line of a leading sportswear brand, of which Ranveer too is a brand ambassador. The moment the Gully Boy star got to know of the Happy singer’s visit to India, he grabbed the opportunity to welcome him. And to say that the two had quite a blast celebrating the festival of colours together, won’t be an understatement.Also Read - Deepika Pdukone Is 'Burning Calories' With PV Sindhu, Ranveer Singh Is Having 'Major FOMO Attack'

A source close to indianexpress.com, had a few days ago said, “Pharrell is coming down to India to launch his new clothing line that is inspired by the festival of colours, Holi. And since Ranveer is also the brand ambassador of the same brand, they thought why not get the biggest young face of Bollywood to host one of the biggest singing sensations of the world. It’s a genius idea to get Ranveer and Pharrell play Holi together. The event is on March 2nd and as you can imagine, things will go berserk.” And things indeed did. We have pictures to prove that. Take a look at them below : Also Read - Deepika Padukone Crashes In Hubby Ranveer Singh's Chat With Fans, Asks 'When are you coming home?' 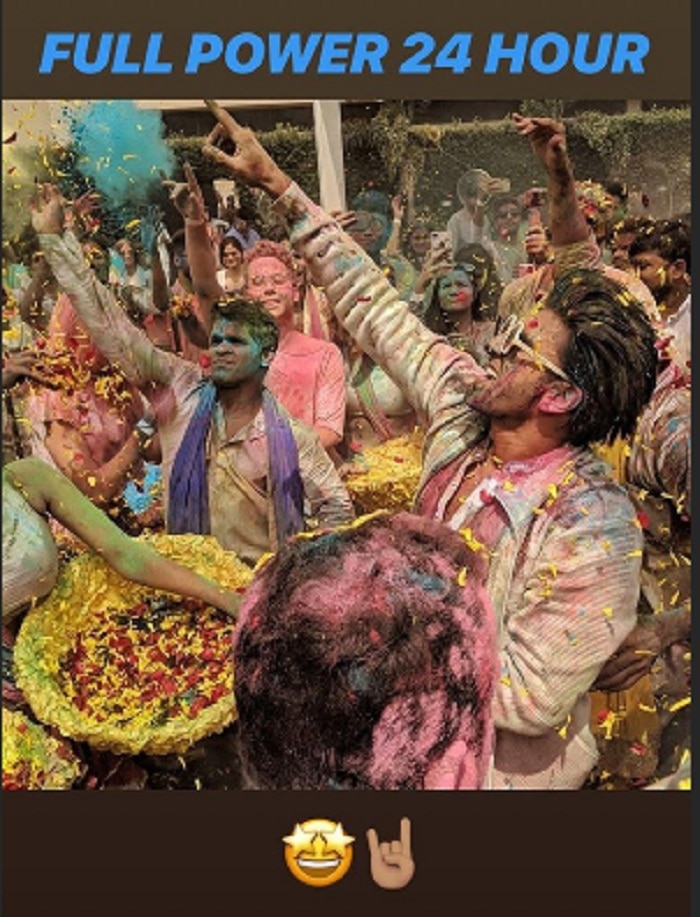 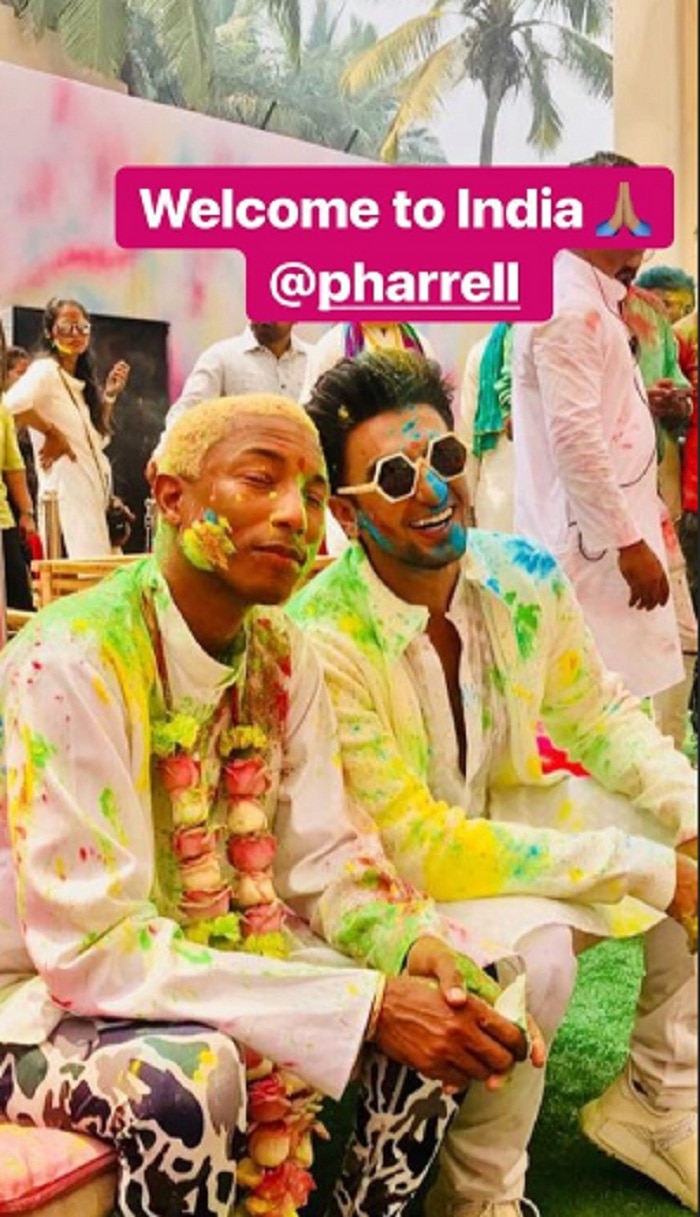 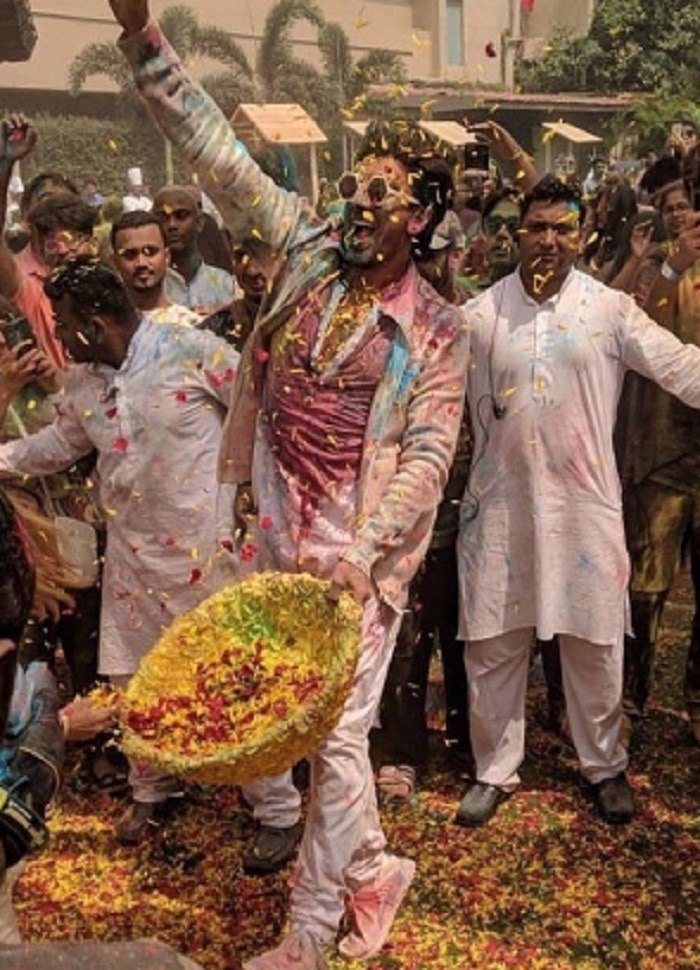 Holi Mubarak everyone!! Clearly mine was spent dedicated to the company of the kids I love with yummy food and beautiful colours, figuring where @ranveersingh gets his supersonic energy from and … oh I forgot … @pharrell Thank you tanaaz for this I am now a “legend” mom apparently! #momlife #happyholi #pharrellwilliams #addidasoriginals

Happy Holi. It was so beautiful to see how peaceful and yogic Pharrell is. His energy is so potent and aligned. Welcome to india #pharrellwilliams #pharrelladidas #pharrell_williams #holi #ranveersingh #mumbai #mumbai_diaries

Best Holi yet, with this guy… just love him! ❤️@ranveersingh

Fans were indeed on a dual celebration this Holi. The two stars, who are known to be exceptionally outstanding in their respective fields, had quite a blast celebrating the colourful festival together. Among the biggies, Anusha Dandekar and Mini Mathur were also spotted at the Holi party yesterday. While Ranveer is a superstar in the making, Pharrell has a huge fan following not only in India but all over the world. Meanwhile, on the professional front, Ranveer’s last film, Padmaavat, was the first superhit of 2018. The film crossed the Rs 500 crore mark worldwide and his performance as the menacing and ruthless Alauddin Khilji was widely appreciated. He will next be seen in Zoya Akhtar’s, Gully Boy, and Rohit Shetty’s Simmba.