Holi 2021 Special Movies With Most Iconic Holi Scenes to Watch

Holi 2021 Special Movies: List of the most impactful Holi moments that Bollywood movies have offered

Happy Holi 2021! Holi is a festival that signifies the victory of good over evil and marks the beginning of the spring season in India, is just around the corner. With one of the most vibrant festivals of India fast approaching, an atmosphere of excitement can be perceived all around. This year, Holi is on March 29, and Holika Dahan on March 28. Though essentially known as the festival of colors, Holi is also known for a myriad of different ways in which it is celebrated across our nation, with stories that recount tales in mythology that trace to the origin of this auspicious day. Maybe they are true, maybe they aren’t, but the essence and intrigue of colors compel us to shun our logical minds in the hope of a dreamy world full of rainbows. Also Read - Short Horror-Comedy Film Chaipatti Packs a Punch - Have You Watched it Yet?

Holi is not only reflected in our life but in art too, and hence has also always been an integral part of Bollywood, stunning its audiences with not only vibrant melodies but also impactful moments and dialogues that undeniably make them fall in love with the festival of colours and go all filmy. From tragic to romantic, Bollywood has portrayed different shades of Holi. Also Read - Man Under Influence of Alcohol Climbs Water Tank & Does a Hilarious Drunk Dance | Watch Video

List of the most impactful Holi moments that Bollywood movies have offered:

Holi is always considered an auspicious occasion mainly because it’s the time of year when people forget all their differences to come together. Who can forget the iconic scene from ‘Mohabbatein’ when Raj (Shah Rukh Khan) asks for permission from the strict principal Narayan Shankar (Amitabh Bachchan) to play Holi in Gurukul for the very first time. While the principal doesn’t allow it, he says that the students who want to play can go outside and enjoy. In the scene, Raj uses his powers of persuasion and a ‘teeka of gulaal’ to get the strict principal to let students play Holi, signifying the principal’s acceptance of the festival. 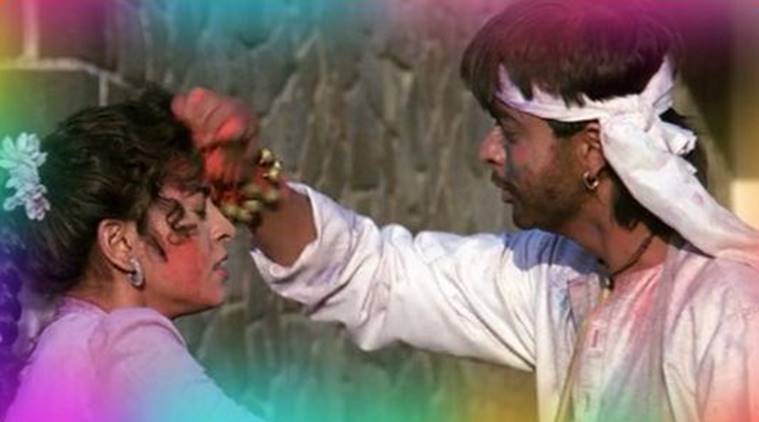 The Holi sequence from this film showcases a threatening and very practical problem of real-life that women face each year during the festival. Rahul (Shah Rukh Khan) professes his love for Kiran (Juhi Chawla) in this scene, which shows him sneaking into her house to confess his love with the iconic ‘K-k-k-kirran’ line. The expressions on Rahul’s face during this scene achieved iconic status as one of the most memorable scenes in Bollywood. Though, it also focuses on the fact how Holi is sometimes used as an excuse to harass and abuse women. 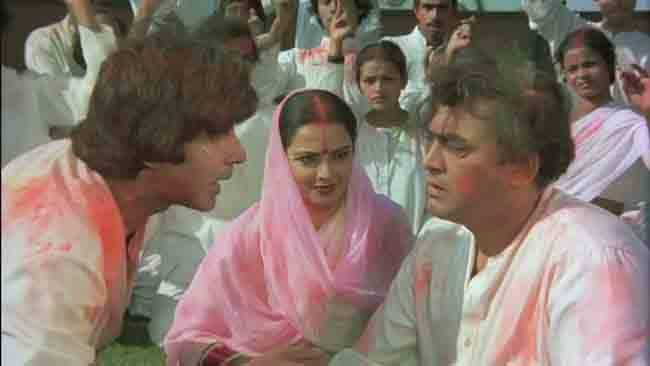 Any Holi discussion is incomplete without the mention of the song ‘Rang Barse’ from this movie. The song is intense and emotional, as just before Amit (Amitabh Bachchan) begins singing, Chandni (Rekha) tells Amit’s wife Shobha (Jaya Bachchan) that she didn’t marry the man she fell in love with. In another corner, Amit makes the same confession to Chandni’s husband Dr Anand (Sanjeev Kumar). Amitabh and Rekha’s sizzling chemistry in the song which follows this sequence made their fans go gaga over them. 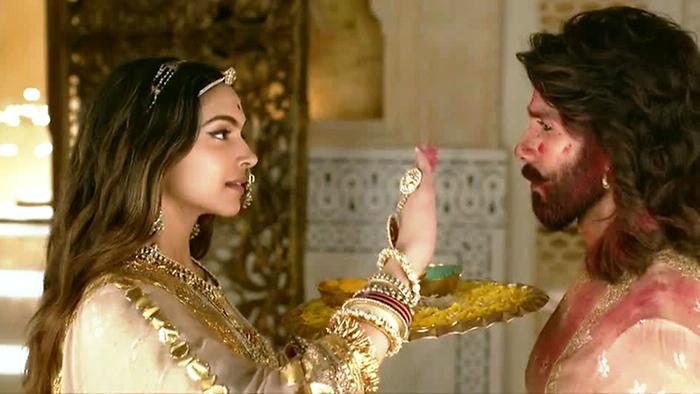 This Holi sequence is divided between a very sensuous setting and a passionate display. The scene is rife with symbolism of the turn of events that prompts Alauddin Khilji (Ranveer Singh) to change his strategy and seek peace with the Rajputs in a shocking twist of faith for both sides. As a mark of mutual understanding and friendship disguised under his diplomatic move, Khilji colours his face in bright saffron colour in order to celebrate Holi along with the Rajputs. The scene shows how he chooses diplomacy over force to get his desire fulfilled 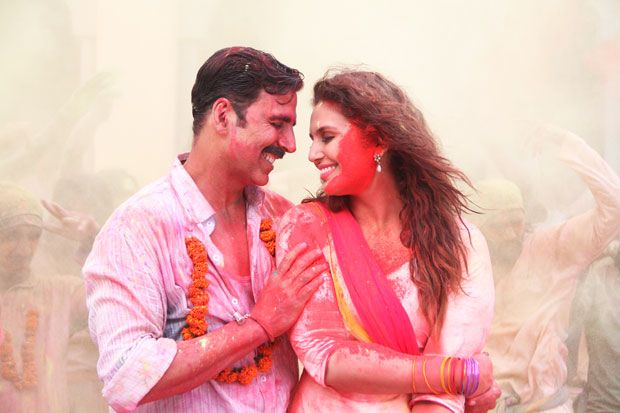 After Arshad Warsi, Akshay Kumar too won over the audience and critics alike in this popular ‘Jolly LLB’ franchise sequel. Before the sequence, all seems to be going on just fine for the jolly good Jagdishwar Mishra (Akshay Kumar), it is the Holi celebration scene in the film which changes the course of the whole story. Right after the festive celebration on the Holi song ‘Go Pagal’, Hina (Sayani Gupta) realizes that Jagadishwer has deceived her. She then confronts him and challenges him to fight for the truth. This event in the movie is what forces him eventually to take up her case and fight for it with all his might.