Honsla Rakh Review: Shehnaaz Gill-Diljit Dosanjh’s Film Has an Unplanned Child, But Planned Laughter And a Lot of Entertainment!

The much-awaited movie of Shehnaaz Gill, Diljit Dosanjh, and Sonam Bajwa ‘Honsla Rakh’ has finally hit the big screens. For people who have gone with zero expectations, well… turns out it’s fun to watch albeit cheesy and predictable! The film balances its drama with plenty of laugh-out-loud moments to keep the humour intact. And while the fun never takes the backseat, the story also never drifts away from its plot.

A turn of events makes Diljit (Yanky Singh) a single father who is all confused, emotional, and anxious about raising his son alone – feelings that most first-time fathers experience. He knows he doesn’t have anyone’s support and his dreams where he wanted to live his life a certain way – free from the responsibilities of the family – have gone for a toss now that he has a kid to take care of. Shehnaaz Gill (Sweety) is that woman who would prioritise her ambitions over the unplanned baby – her decision, not to be questioned! How this baby turns everyone’s life upside down and how these individuals keep trying to still live their own lives – is what comprises the story. No message, no statement, simple entertainment, and a lot of drama! 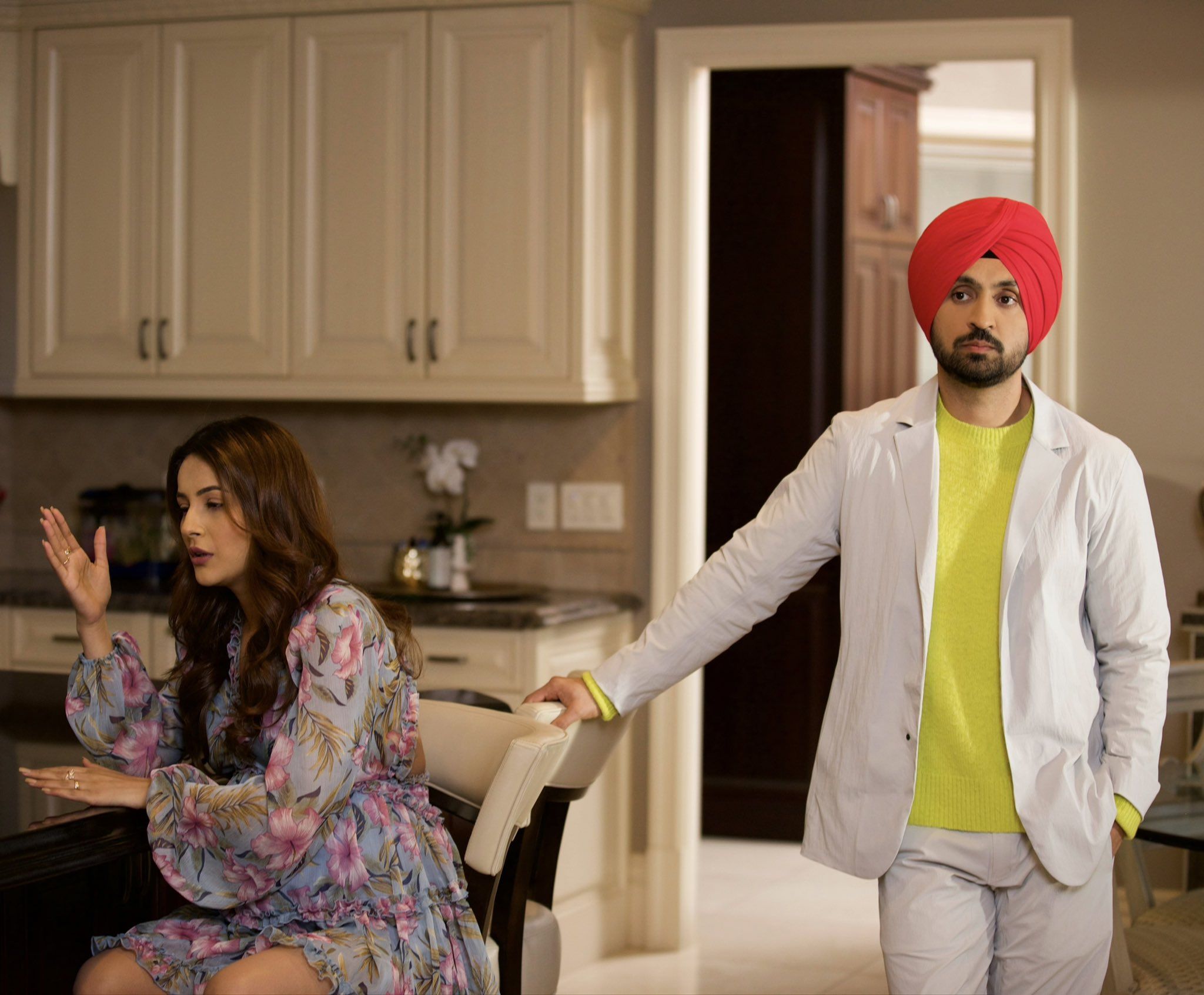 Honsla Rakh: All our eyes were on Shehnaaz Gill!

The trailer of Honsla Rakh kind of gave the story away and that’s probably why nothing in the movie surprises you. Except for how lovely Diljit looks in each frame! Director Amarjit Singh Saron has used the actor’s comic timing to the hilt. It’s his sheer talent that he is able to do comedy with as much ease as he plays intense characters in movies like Punjab 1984 or Udta Punjab. In Honsla Rakh, he is simple, positive, entertaining amid the hugely melodramatic storyline. While the first half is all breezy, the second half turns a little more engaging. Apart from everything that the film proposes or suggests about the relationship dynamics of a couple, it wins hearts by showing a father-son relationship – something that has not yet been explored in the films – whether in Bollywood or Pollywood. Honsla Rakh doesn’t try to impose seriousness in a father-son relationship. It encourages some friendliness and a lot of independence in the bonds.

The best part of the film is its appeal to change the relationship dynamics between a father and a son where both are exploring their bond and growing well in their respective roles. Even though the story is laced with humour, you don’t miss to notice the little efforts that a single dad makes to bond with his child. From cribbing about not being able to party out because of his child to treating his son as his buddy later – it’s a whole journey in a father’s life who never wanted to become a father so soon in the first place. Honsla Rakh doesn’t get really successful in establishing this entire journey but it attempts to show that beauty.

While Diljit does what’s expected of him – entertain and impress, Shehnaaz, too, never lets us down. She has not been given a lot to do in the film but with whatever she has performed, her genuineness and sheer love for her craft show. Shehnaaz looks pretty in the film. She is simply radiant and you find it difficult to focus on anything else on the screen when she is there. There’s this delicacy about her that you used to find in yesteryear actresses – some level of romanticism. Shehnaaz though deserves better than Honsla Rakh; she deserves more importance in a story and definitely, more screen space! 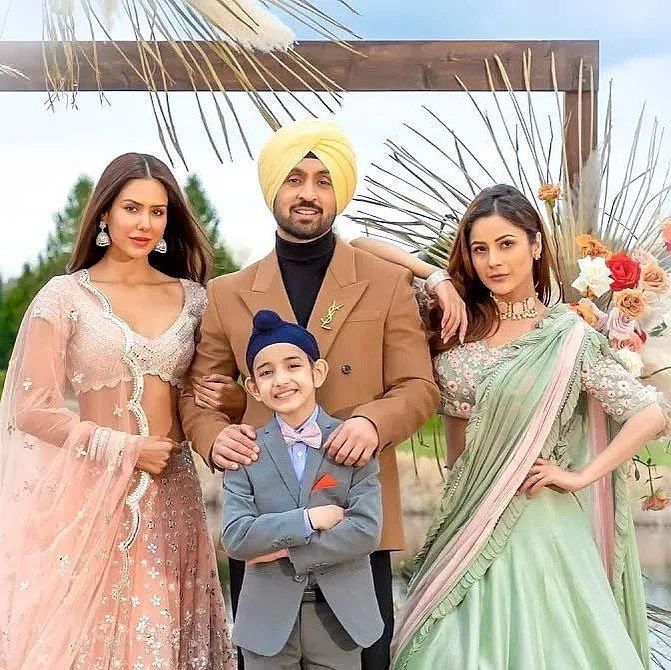 Sonam Bajwa who plays the role of a yoga instructor (Jasmine) is as stylish as ever. She is the ultimate fit for Yanky when he’s searching for a ‘foreigner mummy’ for Honsla. At one point, while describing the woman he wants, Yanky jokes he would want to have “lasagna ke ander mooli wale paranthe.” While many things about these jokes sound problematic in parts, the makers remain careful of not glorifying bigger problems like stalking. In a scene when Jasmine confronts Yanky about stalking her, he ends up in jail, not in her arms! Though she later falls for Yanky and that comes with its own set of confusions, misunderstandings, and funny moments. Jasmine wants to marry Yanky but there’s something that needs to be discussed before she takes the final leap of faith.

The film picks a contemporary urban story with characters that will appeal to modern mindsets but not without questioning a few things: Why can’t a woman prioritise her career and ambitions over her family? Why is it special when a man faces the same challenges that a woman faces while raising a child? Isn’t the idea of searching for the ‘mother of your child’ and not ‘a life partner’ problematic? In between all the worries and the logic, the entertainment wins. Honsla Rakh gives you two hours and 25 minutes of laughter. An easy-breezy family entertainer with nothing much to write about!