Actress, host and designer Mandira Bedi is looking forward to the upcoming ICC Cricket World Cup 2015 and believes that India is going to lift the trophy this year as well. 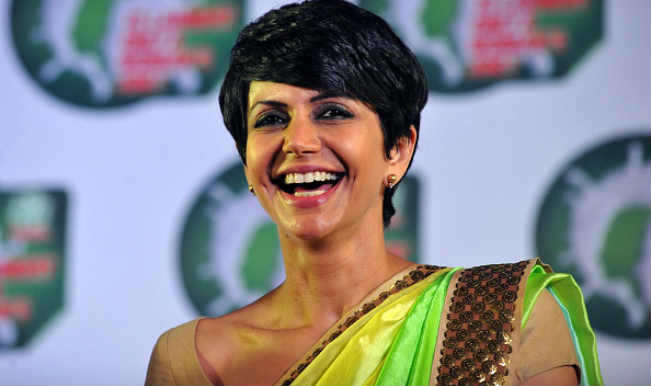 “Like every Indian cricket fan, I also believe India is going to win the World Cup this year. We are the defending champions. How we played in last most recent series does not matter. I feel like Australia we can have a wining streak,” said Mandira at an event here Tuesday. “It’s gonna be a great World Cup. It’s gonna be a memorable World Cup as every world cup always is,” she added. India, who won the World Cup in 1983 and 2011, will start their 2015 journey against Pakistan Feb 15. Also Read - Mandira Bedi Pens Down An Emotional Note Remembering Husband Raj Kaushal On 23 Years Of Marriage – See Photos