The actor will begin shooting for his upcoming biopic on Mathematician Anand Kumar soon.

Hrithik Roshan is a doting father. No matter how busy his schedule is, he always takes out time for his sons, Hrehaan and Hridhaan. The actor, who is divorced from wife, Suzanne Khan, is often seen indulging in exotic getaways with his sons as a way to unwind. With Father’s Day approaching what better way to celebrate the day than spending it with your kids in a far off land away from the hustle bustle of daily life. Also Read - London's Havelock Road in Southall Renamed After Guru Nanak

The Roshans were snapped by the paps today at the airport before taking off to London for yet another holiday! The father and sons trio were all dressed in black t-shirts. Hrithik added a tinge of blue to his otherwise all in all black look with a jacket.  See pics below Also Read - Kangana Ranaut Takes a Dig at Hrithik Roshan After BMC Mayor Calls Her 'Do Takke Ke Log' 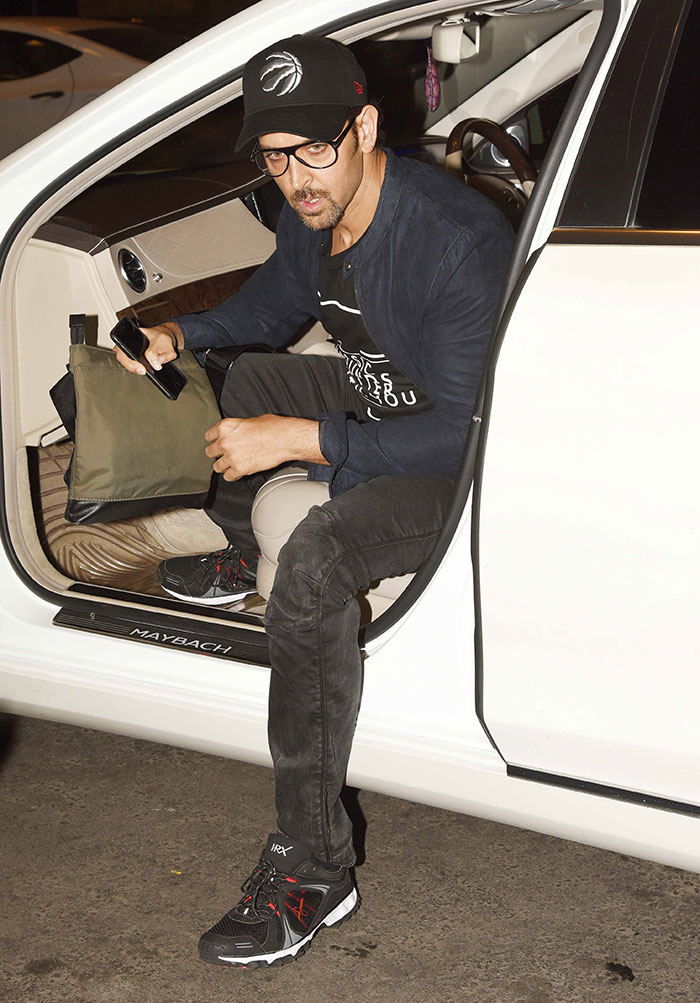 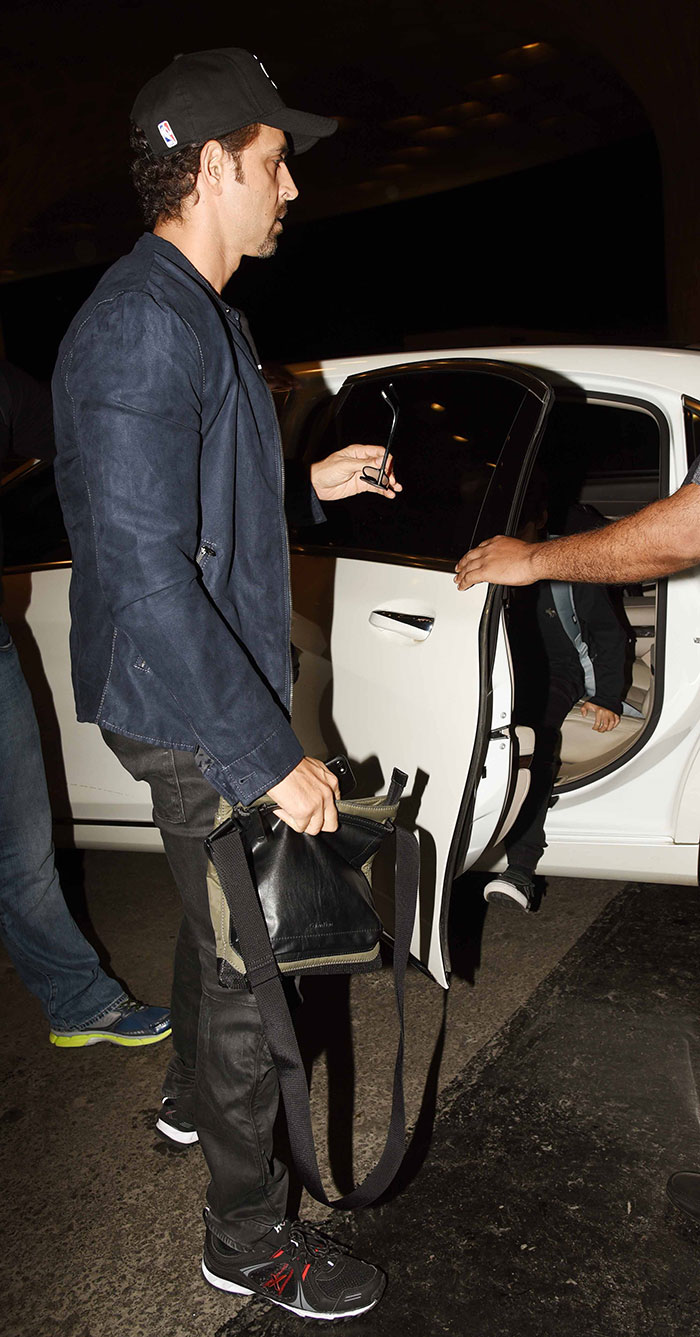 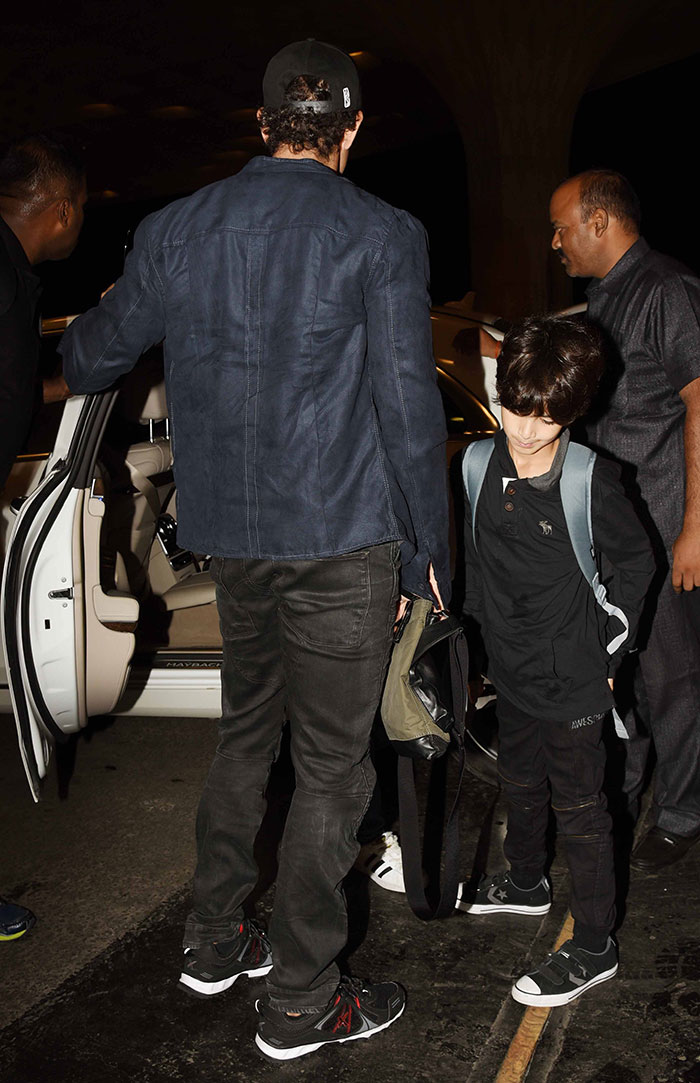 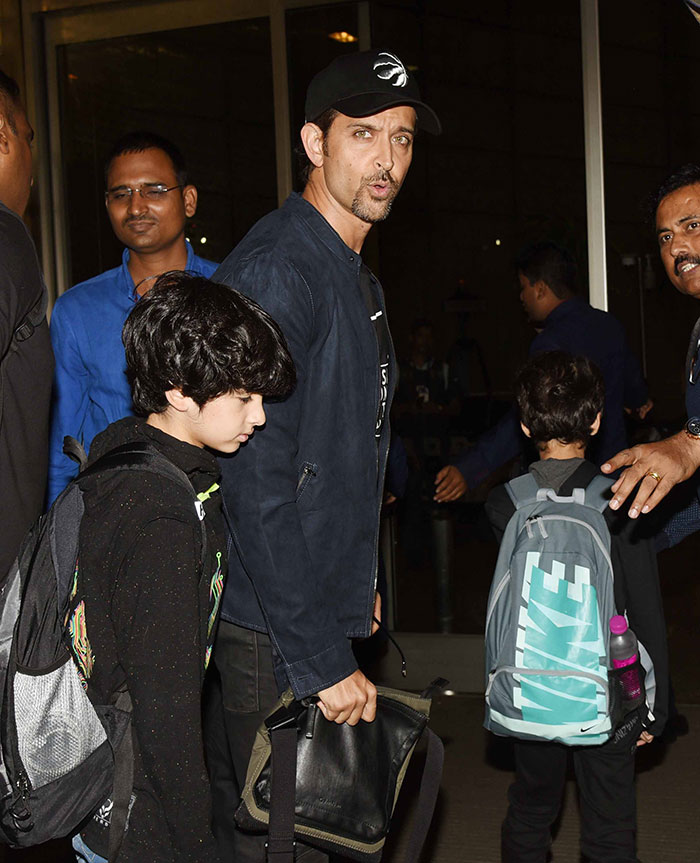 We hope the Roshans have a time of their life in London, as they celebrate Father’s day together.

On the work front, the actor will soon be seen in a special appearance in designer Vikram Phadnis’ directorial debut, Hrudayantar starring Subodh Bhave and Mukta Barve. Elated to be a part of the movie, the talented actor in an interview with a leading daily said, “I am playing a very small part in a very very big film (Hrudayantar). I wish I had Marathi dialogue in the scenes I worked on. I would have wanted to understand, rehearse and learn. But the part that I have done in the film is so beautiful, so well expressed without saying a single word. So it didn’t need any dialogue, unfortunately, I didn’t get a chance to brush up my Marathi.” (ALSO READ: Akshay Kumar was too old to play Salman Khan’s younger brother in Tubelight? Watch exclusive interview)

He was last seen in Sanjay Gupta’s ‘Kaabil,’ that did quite well in the Box Office. Apart from Hrudayantar, the handsome actor is rumoured to be staring opposite Parineeti Chopra in Vikas Bahl’s next directorial venture, titled ‘Super 30’ , where he will be seen playing the role of the Mathematician, Anand Kumar. The movie is a biopic on Kumar who is known for coaching 30 students from poor families every year for one of the most competitive tests in the world – the entrance exam for the Indian Institute of Technology.