Anushka Sharma heads to Brussels for a shoot after she spends some time with her husband Virat Kohli in England.

Anushka Sharma recently traveled to London for her work commitments and during her stay there she also met her husband Virat Kohli who is busy playing the ICC World Cup 2019. After a quick meet up, she headed to Brussels for a shoot and will be joining Virat by the end of June, as per the directives of the BCCI. Also Read - Royal Challengers Bangalore Match Dates IPL 2021: Check Out The Full Schedule For RCB

Earlier today, Anushka took off to Brussels for a shoot while Virat was playing against Afghanistan.“Anushka will join Virat only this month end as BCCI has mandated that wives of cricketers can only spend 15 days with their partners during the World Cup. Anushka has been in London and has been wrapping her work commitments in the city and now in Brussels. The much-loved couple is following all BCCI mandates laid down for the families of cricketers. Anushka will officially join Virat from this month end. The fans will have to wait for a few more days to see them together,” informed a source. Also Read - AB de Villiers Heaps Praise on Virat Kohli: "Special Leader Who Elevates Other Players Through Passion When Personal Performances Are Down" 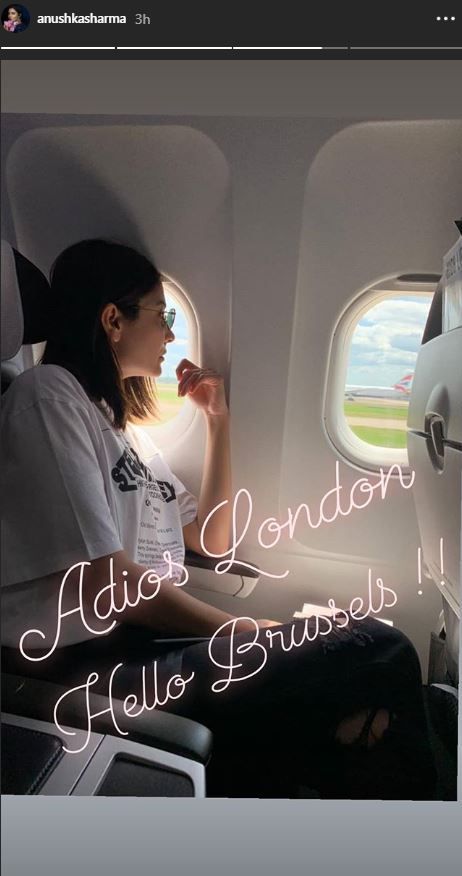 Virat Kohli and Anushka Sharma’s recent photograph in London took the internet by storm. Virat, the doting husband that he is, traveled to London on his off day to spend a few hours with Anushka, who was busy with her brand shoot. Both seem to be following the World Cup guidelines correctly.