International Film Festival of India has kicked off its 48th edition at the Dr Shyama Prasad Mukherjee Stadium in Bambolim, Goa. The film festival has an interesting line up of movies which will be presented in the next nine days comprising a tribute to the industry veterans who passed away this year. It will reportedly pay tribute to actors like Reema Lagoo, Vinod Khanna, Tom Alter, Om Puri and filmmakers like Kundan Shah, Abdul Majid and Dasari Narayana Rao by showcasing their films. Shah Rukh Khan along with the Information and Broadcasting Minister Smriti Irani and Goa Chief Minister, Manohar Parrikar inaugurated the opening ceremony of the festival earlier today. Also Read - Varun Dhawan-Natasha Dalal Wedding Guest List: Shah Rukh Khan, Salman Khan, Karan Johar To Be in Attendance

Not less than 200 movies are expected to be showcased in the coming days at the festival, with Beyond the Clouds being the opening film of the festival this year. The movie stars Shahid Kapoor’s brother, Ishaan Khattar, who began his acting career with this film. The ‘Beyond The Clouds’ team with Iranian director, Majid Majidi, were present at the festival today. Shahid too was spotted looking dapper in a black striped suit. Apart from him, Sridevi, Boney Kapoor and Janhvi Kapoor, Rajkummar Rao, Radhika Apte, AR Rahman were also seen at the event today. Take a look at the pics below: (ALSO READ: Shahid Kapoor: Eventually Padmavati Will Come Out And In Full Force) Also Read - Khushi Kapoor To Make Her Bollywood Debut Soon With Noted Filmmaker, Confirms Boney Kapoor 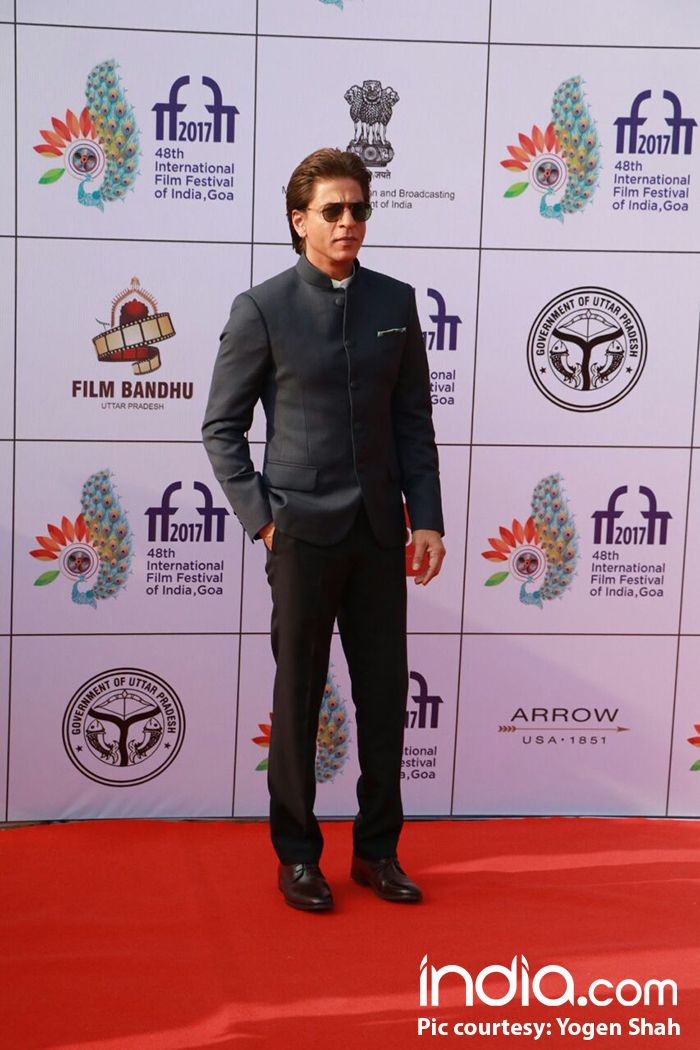 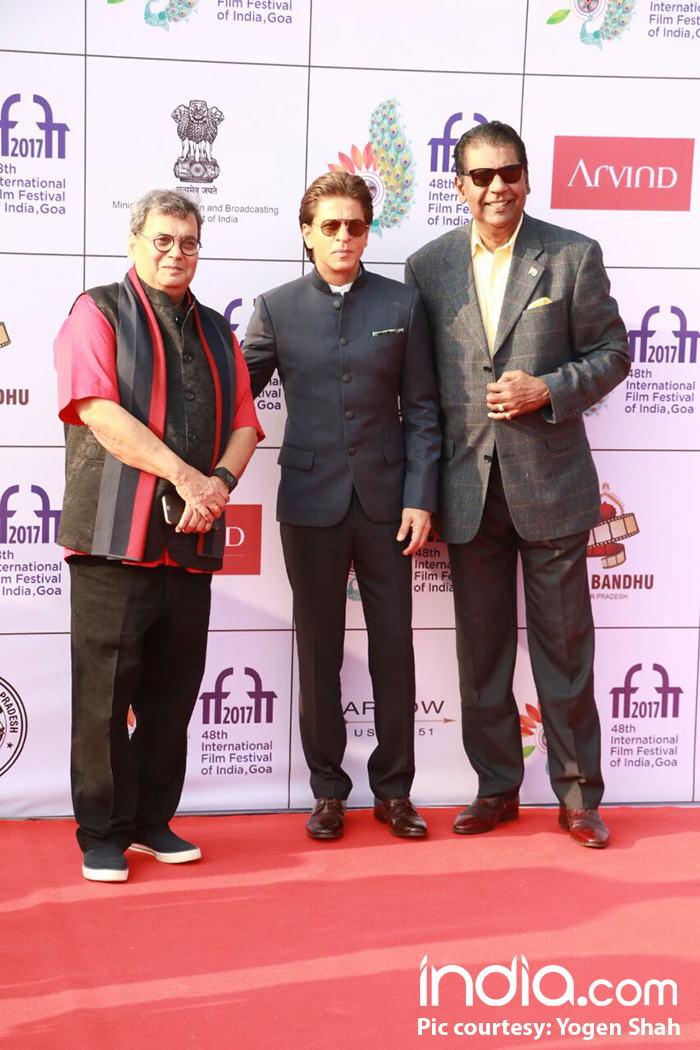 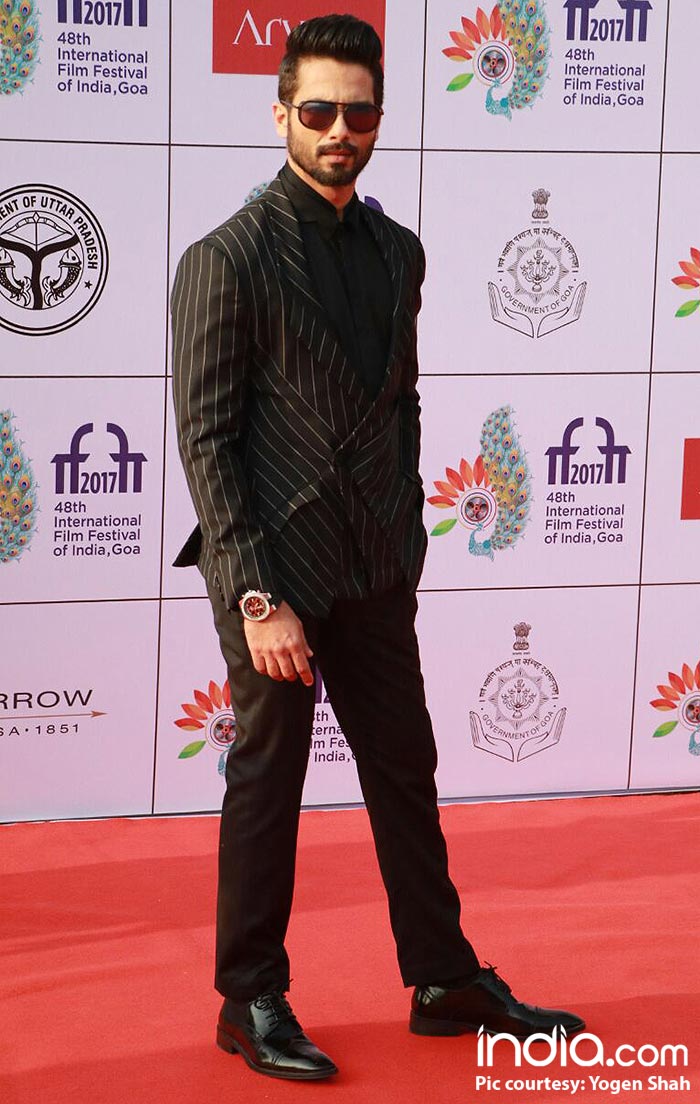 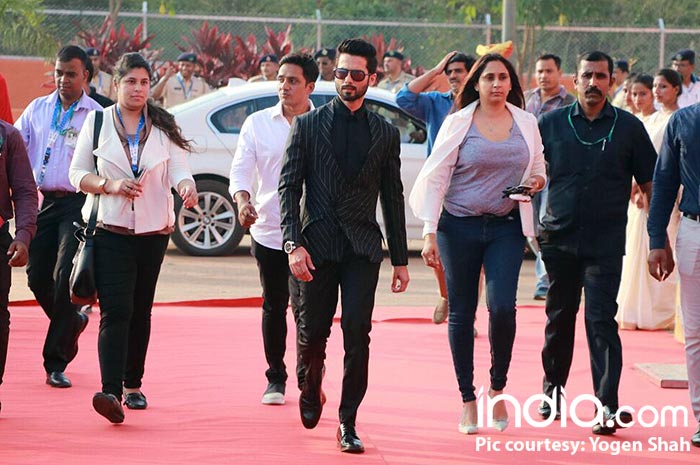 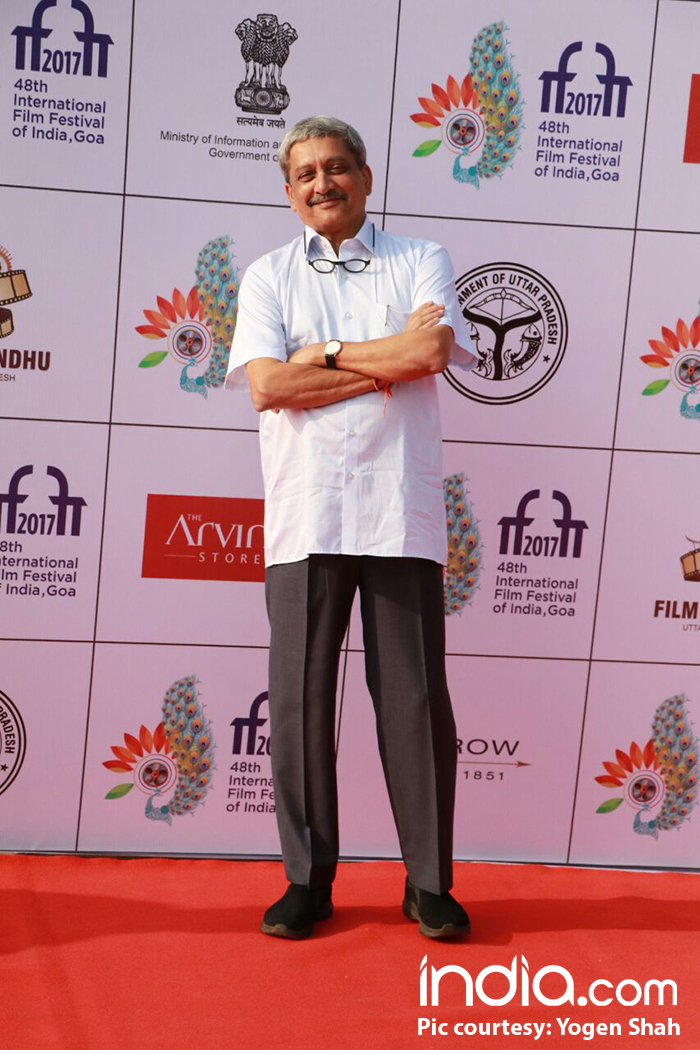 VIDEO – Our dashing hero @shahidkapoor ❤️😍 speaks on ‘The Changing Face Of Cinema’ as he addresses the global audience at opening ceremony of #IFFI2017 : https://t.co/JudjYyRoqG pic.twitter.com/CUG2wvSJ75

Team of ‘Beyond the Clouds’ on stage at #IFFI2017 #IFFI2017onDD pic.twitter.com/WvDH1mTE7q

Looks like Canada has taken a leaf out of PM NaMo ‘s #MakeInIndia initiative when they say #FilmInCanada at #IFFI2017 pic.twitter.com/M32oTeqTeQ

Katrina Kaif too is expected to attend the festival. Meanwhile, the festival will conclude on November 28 with Pablo Cesar’s Indo-Argentinian production Thinking of Him. Meanwhile, megastar Amitabh Bachchan will reportedly be honoured with the Indian Film Personality of the Year Award at the event, while Canadian director Atom Egoyan will receive Lifetime Achievement Award. The press release of the event said, “”The closing ceremony will be graced by noted actor Salman Khan. This in addition to a galaxy of noted industry professionals, international guests, dignitaries and film celebrities who will attend the festival.” Well, stay tuned to this space as we keep you updated with all the important details of the festival.