IMPPA secretary Anil Nagrath told Mid-Day, “We have so many stars who are over 65. Bringing an elderly person on the set is risky, but we will take more precautions. We will shoot for only four hours with them instead of eight hours and complete their portions first. We will also keep them secluded.” Also Read - Unlock 1 Maharashtra: Shootings of Films And TV Shows Begin; Radhe, Gangubai Kathiawadi And Maidaan to go on Floors

While on the guideline that the crew must be put up in a hotel in order to reduce contamination risk, Nagrath told Mid-Day: “That is impossible to implement as most hotels have been taken up by the government as quarantine centres.” Also Read - Film Body Warns Indian Musicians Against Working With Pakistani Artists 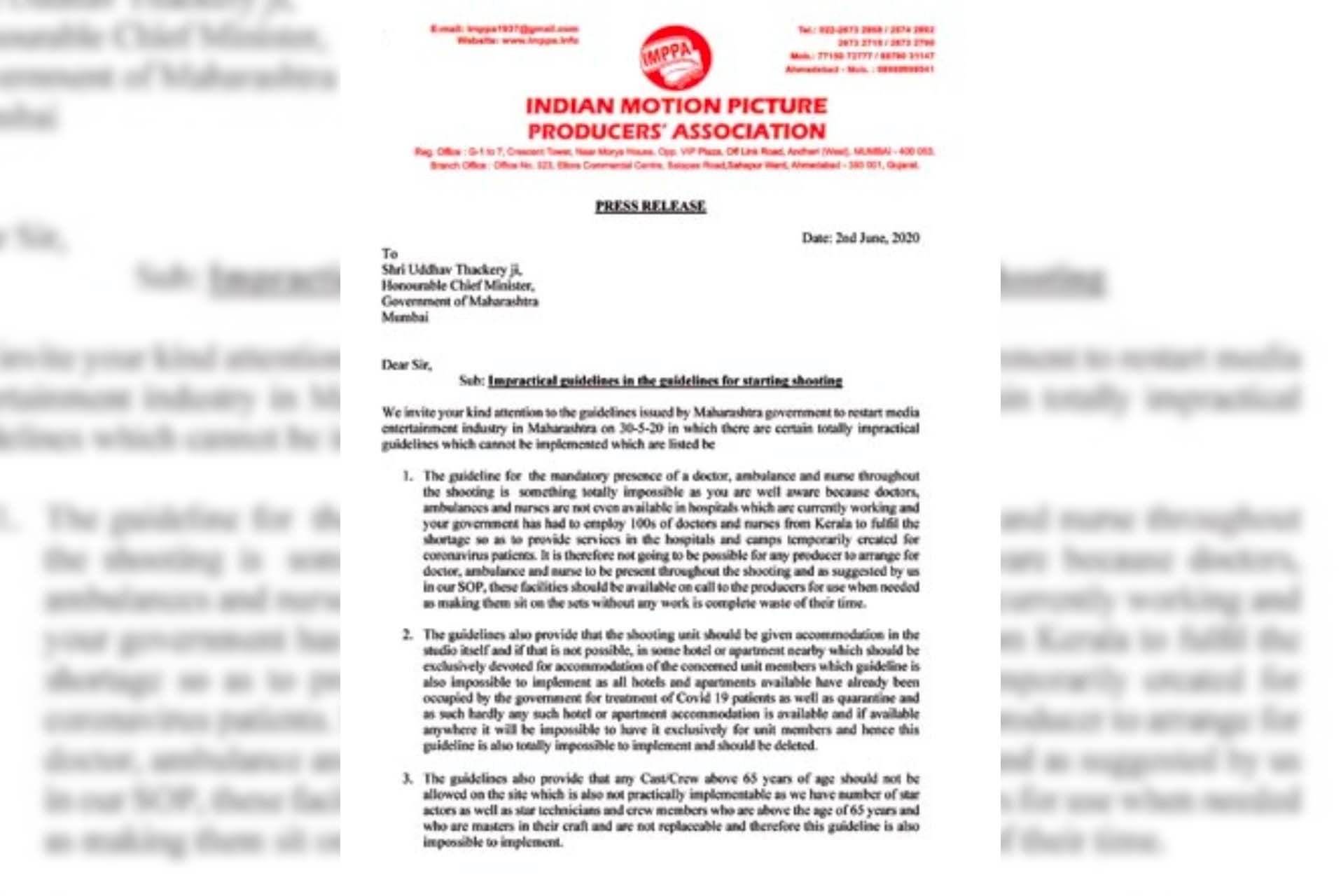 The IMPPA letter has not only urged the government to reconsider these guidelines, but also reportedly shared a copy of the Standard Operating Procedures (SOPs) issued by the Karnataka government, which they feel is a little more “flexible”.

With inputs from IANS!