Alia Bhatt and Varun Dhawan's these pics on the sets of Indian Idol 5 will make you desperate for the Badrinath Ki Dulhania!

Varun Dhawan and Alia Bhatt are coming up with their new movie Badrinath Ki Dulhania and the excitement is palpable. We know how both Alia and Varun have been so involved with the film promotions that Karan Johar pulled their leg with regard to this on his show Koffee With Karan 5! He said that sometimes the lead pair of Badrinath Ki Dulhania forget that they are NOT in the marketing team of Dharma Productions! Now, this sure is a compliment as it is another way of saying that both Varun-Alia are involved in the movie, so much so, that they are going to great lengths to make sure that the flick rakes in good numbers at the box office.Also Read - Varun Dhawan- Natasha Dalal Turn One, Actor Shares Unseen Mesmerising Wedding Pictures

Now, Varun and Alia have started doing the rounds of television shows and the latest one which they visited was Indian Idol 5. Now we know that this show is hugely popular and it is a done thing for celebs to come and promote their movies on this platform. Judging by these pictures sent to us straight from the sets, it looks like the lead couple of Badri had a little too much fun on Indian Idol! While they got a classic dhol-tasha entry to the venue, they performed and floored their fans. Alia chose to wear a bright set of separates (yellow and pink) to bring her on-screen character Vaidehi alive on screen! Varun and her chemistry is the highpoint of the movie and it shows looking at these pictures. Check out how he has picked his Dulhania up on stage! We are waiting for this episode to get telecast this weekend to see how this on screen couple sets fire to our screens.ALSO READ: Post Badrinath Ki Dulhania, Alia Bhatt to travel to Los Angeles with Sidharth Malhotra? Also Read - RRR Big Update: Makers Give Two Release Dates; Will Ram Charan-Jr NTR's Film Clash With Bachchan Pandey This Holi? 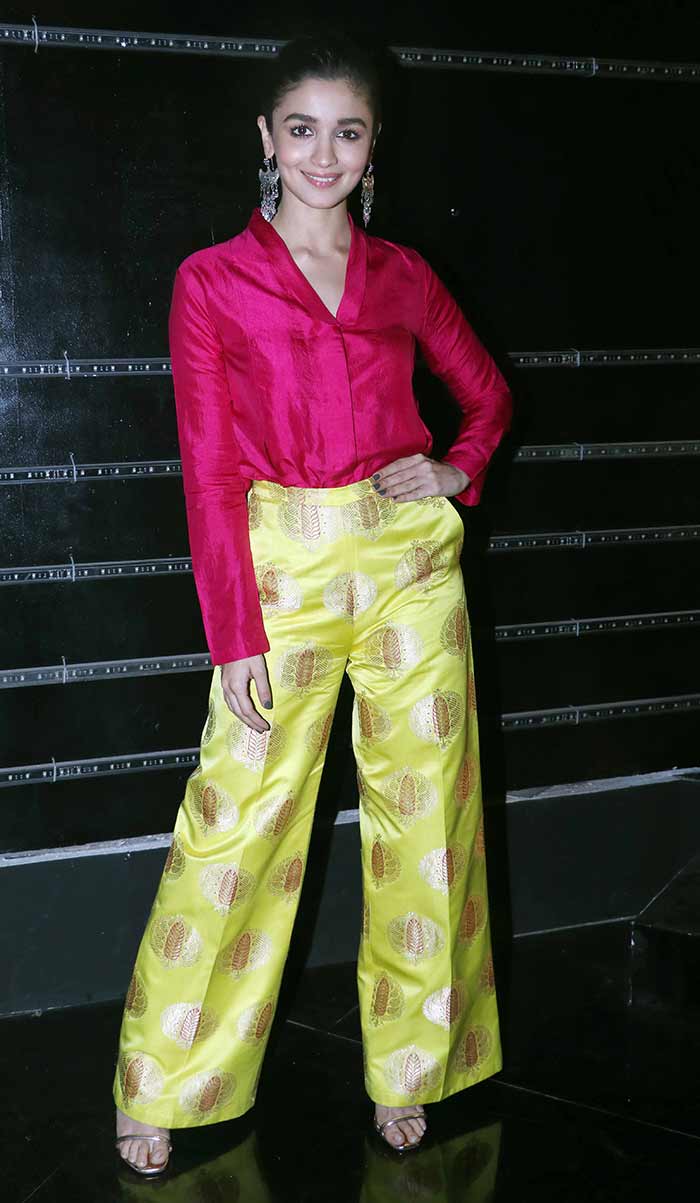 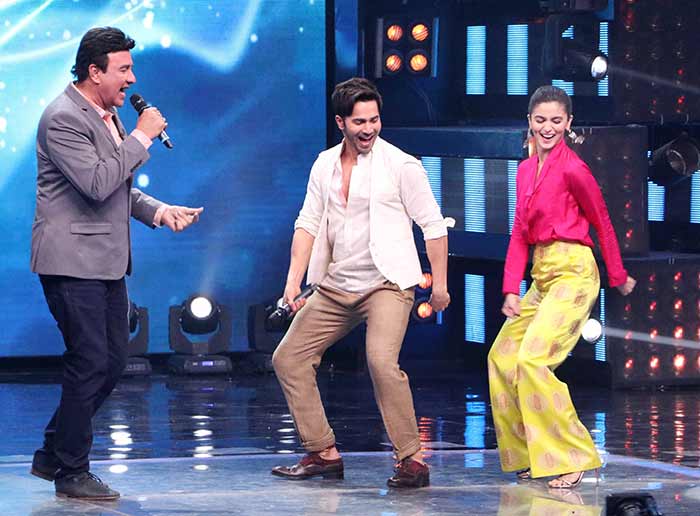 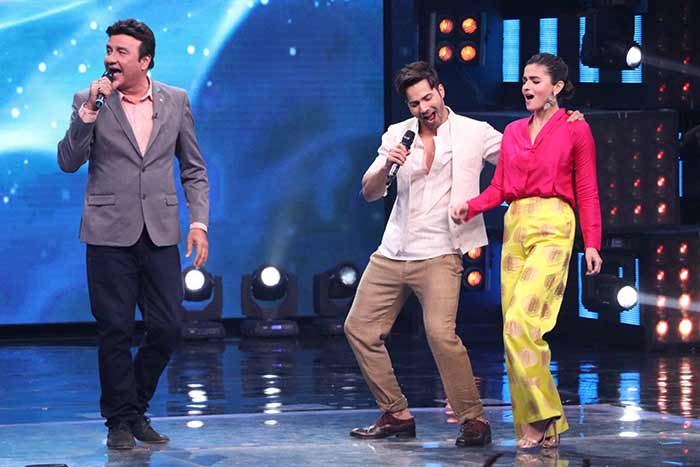 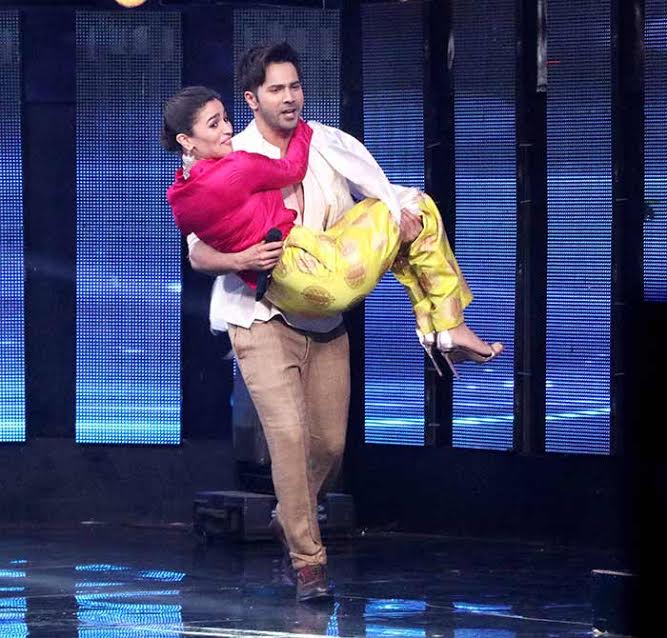 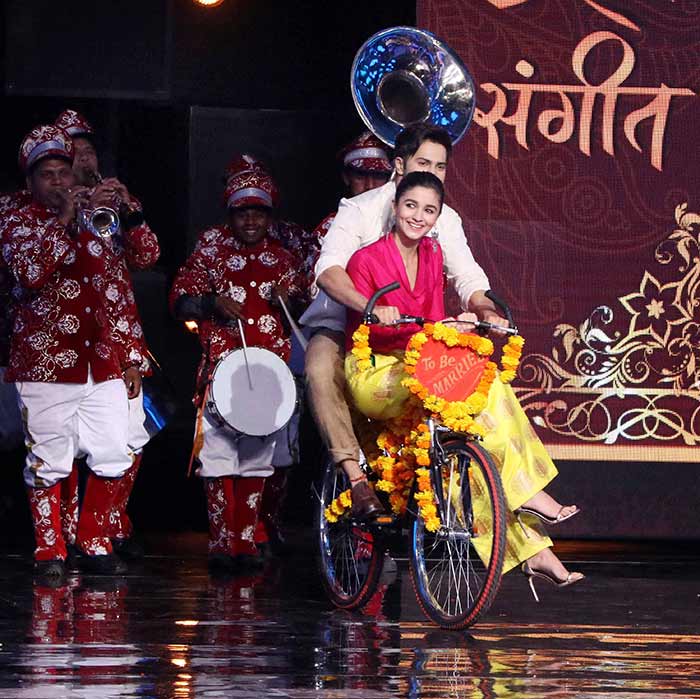 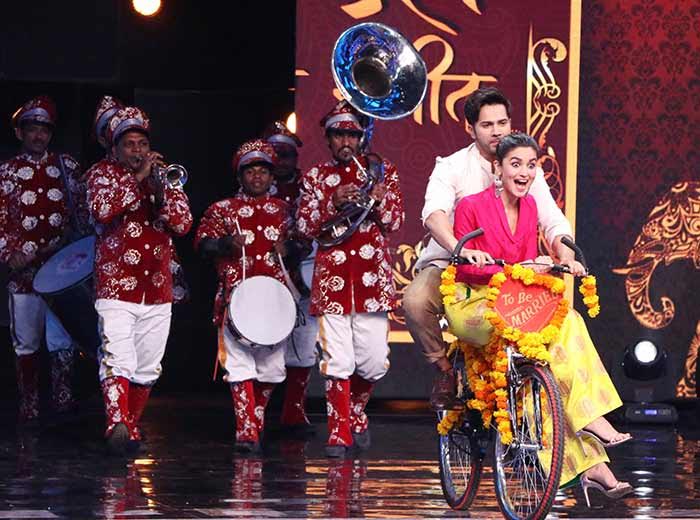 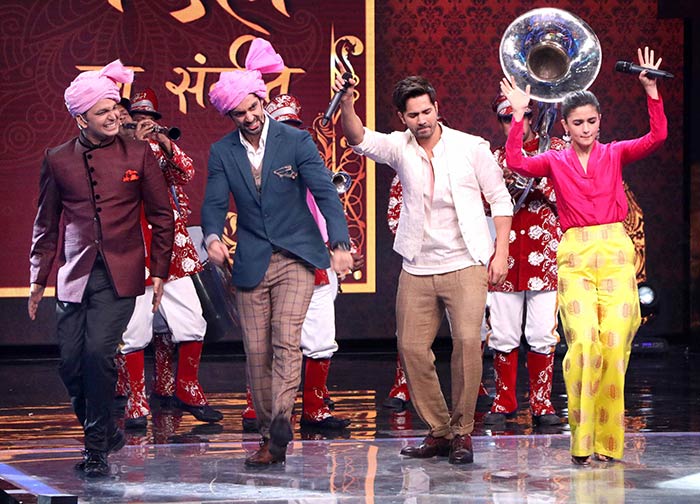 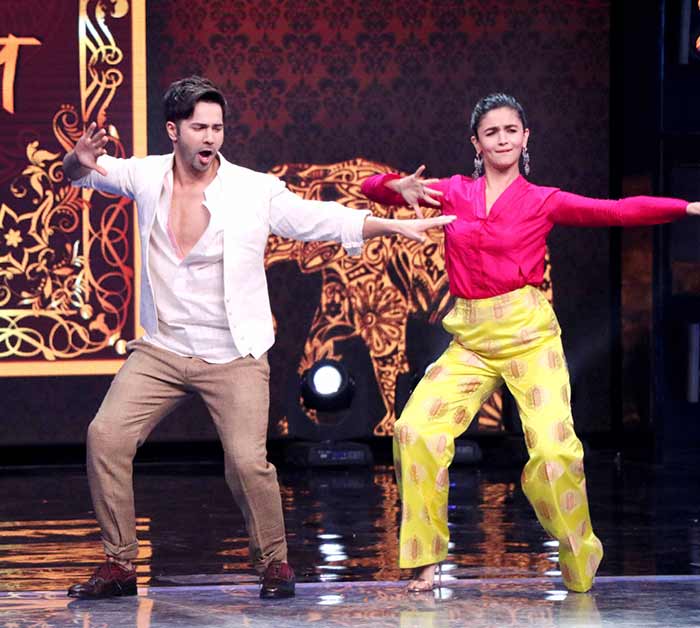 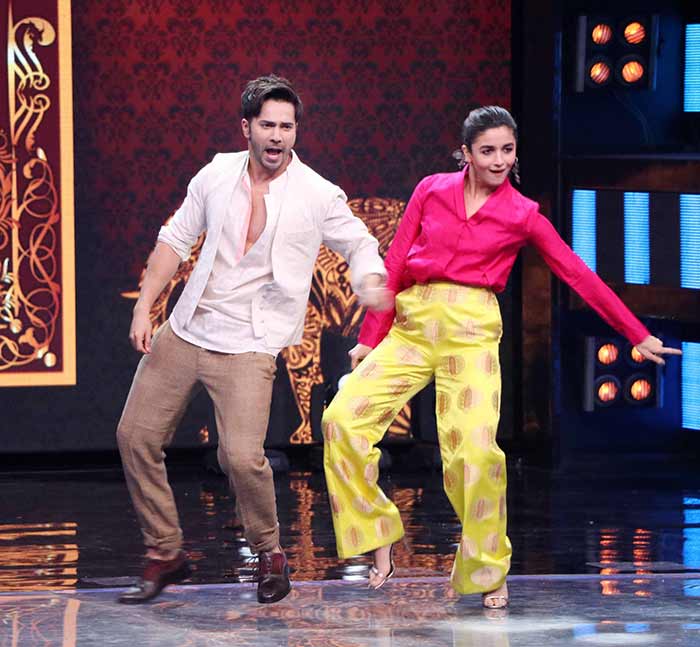 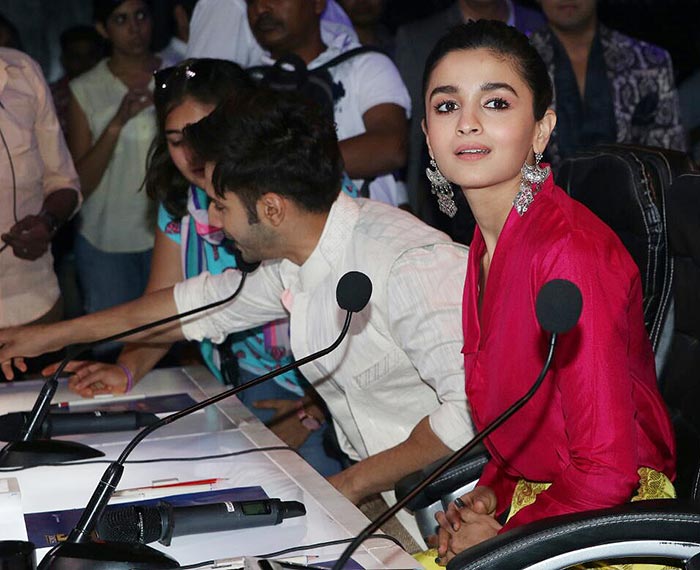 Badrinath Ki Dulhania is releasing this Holi and is a sequel to the very successful Humpty Sharma Ki Dulhania directed by Shashank Khaitan. Stay tuned to get more updates on the show.