The eight-year-old boy wonder will be seen in a TV commercial for a Japanese brand. 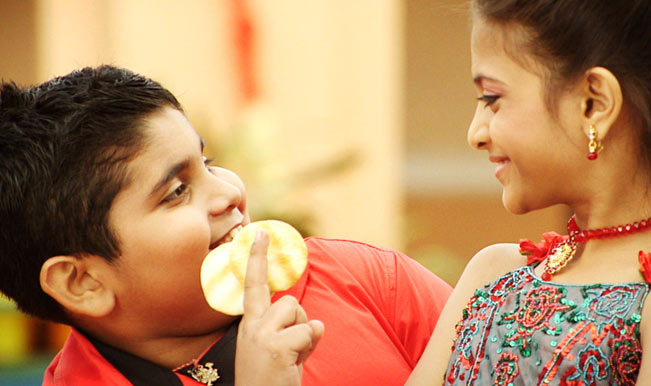 Also Read - Once Katrina Kaif Cried To Salman Khan Because John Abraham Replaced Her In Saaya? Here's What You Must Know

India’s Got Talent 5 boy wonder Akshat Singh enthralled everyone by dancing to Bollywood superstar Salman Khan‘s hit song from Wanted, Mera hi jalwa on the show. He became such a rage on YouTube with his video The Fat Indian Kid Dance that he was invited on The Ellen DeGeneres Show – a popular chat show hosted by actor Ellen DeGeneres who is also going to host the Oscar Awards 2014. Also Read - Salman Khan, Ajay Devgn, Aishwarya Rai’s Unseen Photos From Sets of Hum Dil De Chuke Sanam Will Make You Fall in Love With Cult Classic Again

Akshat, who hails from Kolkata in India, appeared on the show and made Ellen smile. She even spoke a little Hindi and explained that Akshat couldn’t dance to the original song that made him famous because of copyright. Also Read - Bigg Boss 15 Duration And Contestants: Salman Khan's Show to Run For 6 Months With Tons of Wild-Card Entries?

Now it looks like Akshat is gonna have his own copyright songs. He might be seen in a Bollywood or even a Bengali movie soon, going by the pace at which the eight-year-old is achieving popularity. Little Akshat has just shot for a sample promo of a Japanese snack maker, and will be seen in their final ad to be released on Feb 28.

He has been hired for doing just what he is good at – aping Salman’s moves. Watch the video and you’ll see him dancing to a Bollywood-style Hindi song and wooing a girl. The choreography is by Jasmin Oza and all of Akshat’s acrobatics have been included in it. The ad, shot in Mumbai, is co-directed by Takahiro Akiyama and Oza. But why the Indian connection? Because the snack brand has a new flavour called Curry.

We wish the little star the best for his future. And hope he is able to slim down, even if for health reasons. Check out Akshat Singh in his Japanese ad – Bollywood style!