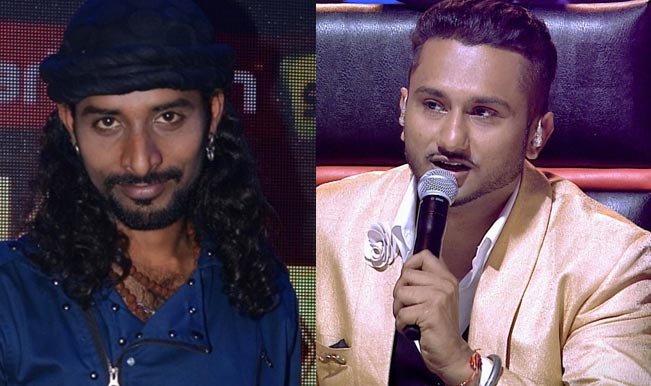 Getting more and more popular with every passing week Honey Singh’s singing reality show India’s Raw Star has now gotten into the most thrilling stage-elimination rounds. With every singer now trying to get into the first five slot the competition is only getting fierce. This episode saw the presence of music director, writer and filmmaker Vishal Bhardwaj who accompanied his wife Rekha Bhardwaj on the show. Haider beauty Shraddha Kapoor also made her elegant presence felt. The petite babe also stretched her vocal chords to sing a number from her movie. Also Read - Neha Kakkar, Yo Yo Honey Singh's Song Moscow Suka Out, Watch Video

This episode saw Jeffery singing Kun Faya Kun from Rockstar. It’s originally sung by Javed Ali, Mohit Chahuhan and the maestro of music AR Rehman. Panjabi munda Pradeep Kaur performed on another energetic song Naina Thag Lenge from Omkara-a Vishal Bhardwaj film. The Cupcake boy aka Mohit Gaur is known for his stage performance along with his singing. His attitude on stage is undoubtedly the best among the lot. He performed on Rahat Fateh Ali Khan’s Dil Toh Bacha Hai Ji from Ishqiya.Thai beauty Rimi Nique sung Pari Hoon Main with the able support from Lesle Lewis-the original composer of the number. Titled as Mr standard of the show, Suraj Biswas is known for living up to Yo Yo Honey Singh’s expectations. He sang Suno Na Sangemarmar from Youngistaan. Rituraj Mohanty proved yet agin why he is considered to be the dark horse of the competition . He left everyone moist eyed with his performance as he sang Rahat Fateh Ali Khan’s O Re Piya number. No doubt he was declared the best performer of the episode by Yo Yo Honey Singh Also Read - Gauahar Khan Claims to be 'Born Poser' And THESE Sizzling Pictures Will Instantly Make You Agree