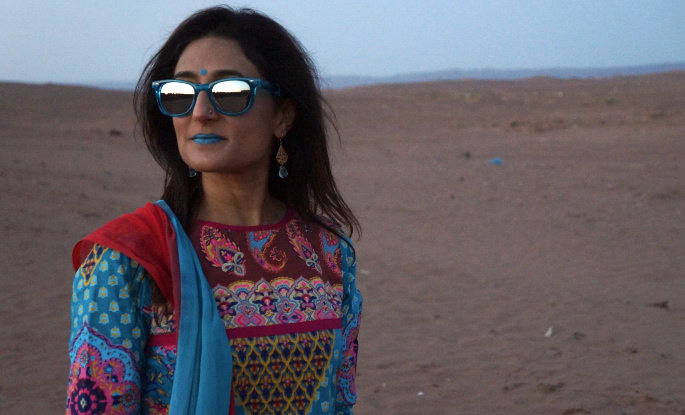 Raised in Canada by musical parents, Ahluwalia caught the music bug at an early age.

“I started by learning English nursery rhymes,” she said. “When I was around five-years-old my parents hired a professional classical Indian music teacher for me.”

After graduating from University of Toronto and earning an MBA from Dalhousie University, Ahluwalia chose to pursue a career in music. What followed was a fourteen-year period of intense musical study in India.

“My parents didn’t like the decision to go to India,” she said. “When they saw I was adamant about it, they came around and started helping me in every which way.”

Ahluwalia trained in Mumbai, Hyderabad and Punjab, where she learned the musical stylings of each state.

“That’s where I picked up folk tunes, ghazals (songs based on poetry) and Sufi Punjabi melodies,” she said. 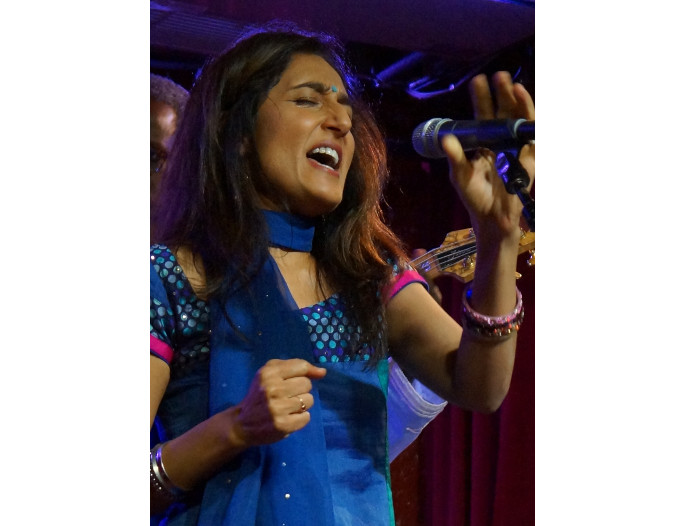 “It was a euphoric feeling, connecting with the music from different cultures,” she said.“It opened my ears to music from around the world.”

“I was really mesmerized by desert blues when I started hearing music directly from the Saharan Desert,” Ahluwalia said. “It was hypnotic. The song “Tere Darsan” on my album Wanderlust was my first song influenced by desert blues.”

The songstress’ distinct sound is described by Ahluwalia as, “contemporary modern Indian music with influences from the Sahara and Desert Blues.”

“It’s definitely still Indian music. When I say desert blues many Indians don’t know what to make of that. I performed at the Jaipur Literary Festival last year in India and it was nice to see other desert blues musicians out there,” she added.

She cited Indian singer-songwriter Jagjit Singh as a musical influence.

“I spent many hours as a child listening to his voice,” Ahluwalia said. 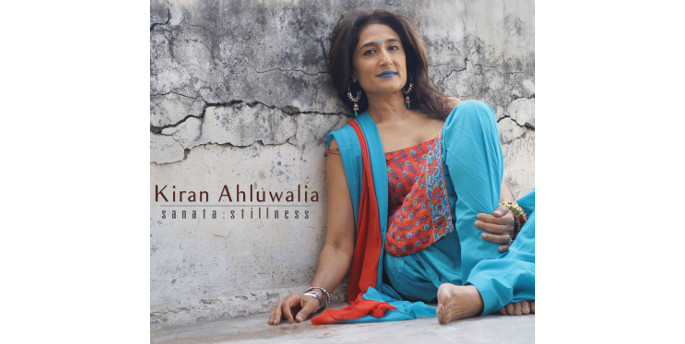 “‘Jaana Na’ is about external enemies of war,” she said, speaking of songs off of her new album. “‘Tamana’ is about female sexuality.”

Ahluwalia called the album a reflection of her personal struggles, and she authored many of the lyrics on the record.

“It’s a fruition of how I have been evolving. Being Indian and Canadian, my own character is being shown in my composition and music,” she said.

Ahluwalia’s advice for struggling artists is persistence is key.

“Try not to put yourself in a corner and keep all channels of communication open,” she said. “Keep the support coming from wherever it’s coming [from] and never give up.”

Kiran Ahluwalia is scheduled to perform at Roulette in Downtown Brooklyn, New York on Feb 21, 2015 and at the SFJAZZ Center in San Francisco on March 20, 2015. Keep up with her latest updates through her Website and Facebook.