‘Inside Out’ to release in India on June 26

Disney-Pixar's animation venture "Inside Out", which received a standing ovation at the 68th Cannes International Film Festival, will hit the screens in India on June 26. 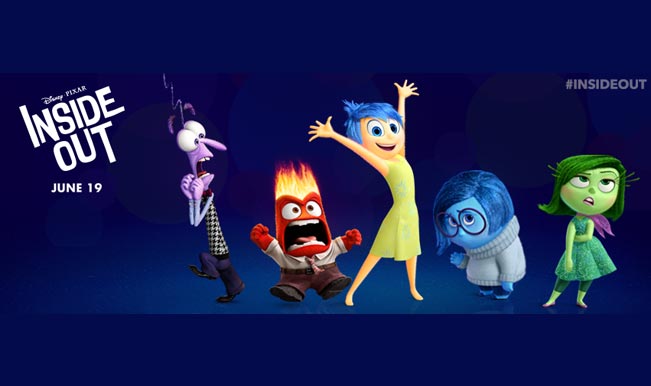 New Delhi, May 28 : Disney-Pixar’s animation venture “Inside Out”, which received a standing ovation at the 68th Cannes International Film Festival, will hit the screens in India on June 26. In “Inside Out”, Oscar-winning director Pete Docter will take viewers to the most extraordinary location of all — inside the mind. Also Read - In Pixar's animated world, multicultural casting is the way to go

The film had a Cannes premiere earlier this month, and it received a warm response. It traces the growing up of Riley, who is uprooted from her Midwest life when her father starts a new job in San Francisco. Riley is guided by her emotions — Joy (Amy Poehler), Fear (Bill Hader), Anger (Lewis Black), Disgust (Mindy Kaling) and Sadness (Phyllis Smith). Also Read - 'Lou' puts spotlight on school bullies

Riley is voiced by Kaitlyn Dias, and providing the voices of Mom and Dad are Diane Lane and Kyle MacLachlan.”The emotions are kind of like the voices in our heads,” Docter said in a statement. (READ : Disney introduces first Latina princess)

“When we were just getting started on this film, we looked around at our kids, friends, co-workers… and we realised that everybody has a default temperament. We all go through periods of being happy or sad, but certain people are just happy or angry or what have you. Riley is one of those happy kids,” he added. (Image credit ‘Inside Out’ facebook page)