Is marriage on the cards for Anushka Sharma and Virat Kohli?

Lovebirds Anushka Sharma and Virat Kohli’s romance is back on track and their recent pictures prove that all is well between the couple. The fans of this couple went gaga when they were seen biding adieu with a kiss at the airport recently. The video of Virat and Anushka sharing a warm hug inside the car was all over social media. Virat is truly playing the perfect boyfriend role and so he came to the airport to see off his ladylove who was heading to Budapest for the shoot of her upcoming film ‘Sultan’. Also Read - IPL 2020 Match Preview: Kolkata Knight Riders vs Royal Challengers Bangalore

Now there is an intriguing buzz going on that will surely bring a smile on your face. As per reports by Pinkvilla, after the wrap up of ‘Sultan’ in Budapest Anushka Sharma directly headed towards the capital of our country – Delhi. And why was she there any guesses? A source told the entertainment portal that the 28-year-old actress went there to meet her boyfriend Virat and his family. (ALSO READ: When Virat Kohli kissed Anushka Sharma goodbye!) Also Read - Mom-to-be Anushka Sharma Looks Super-Adorable as She Flaunts Her Baby Bump in an Beige-Brown Dungaree And Gets a 'Pocketful of Sunshine' 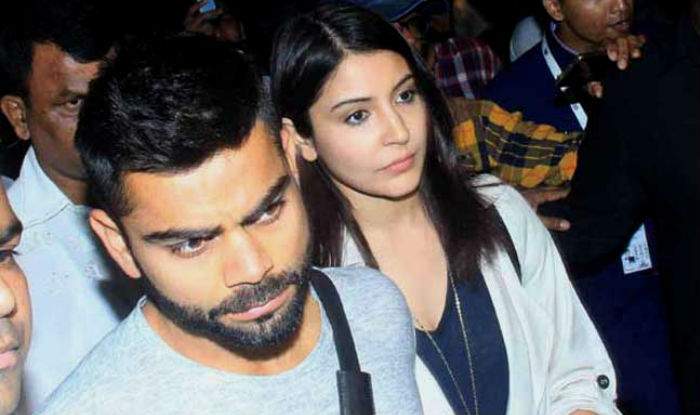 Also Read - Anushka Sharma Looks Pretty in Peach as She Basks in the Sun, Don’t Miss Her Cute Baby Bump

The report further states that after spending time with Virat Kohli’s mother the couple took off to an undisclosed location to spend quality time. It seems to be vacation time for the hottest couple in the town! And now we just cannot wait to see their adorable selfies together! Don’t you guys think Virat and Anushka are speeding up things on the relationship front? Meeting the mother and now off to a secret location; Is marriage on the cards for this much-in-love couple? Well, we just can’t wait to hear the big announcement directly from them! (ALSO READ: Virat Kohli is in town just for girlfriend Anushka Sharma?)

After ‘Sultan’, Anushka Sharma will be busy with next flick titled ‘Phillauri’. The shoot of this film is going on in Chandigarh. So is Virat having any plans to give his girlfriend company on the sets of her upcoming film too? Love is truly in the air for Virat and Anushka. (Image Source – Pinterest)

Correction: Virat Kohli’s father is no more. We had inadvertently mentioned ‘parents’ in his case.