Isha Ambani-Anand Piramal Wedding First Pictures Out: Bride And Groom Can’t Take Their Eyes Off Each Other While Mukesh And Nita Ambani Get Emotional; See Pictures

Isha Ambani and Anand Piramal are getting married in a grand ceremony at their family residence Antilla, Mumbai. It is being attended by many Bollywood celebs. Many political leaders were also spotted at the wedding. From former President of India to Former US first lady Hillary Clinton, everyone made the event a star studded one with their presence. Celebs like Abhishek and Aishwarya Rai Bachchan, Alia Bhatt, Sachin Tendulkar, Priyanka Chopra among others made their appearance in gorgeous attires. A fresh set of pictures of the bride and groom is out and it is filled with love and tears of joy. Also Read - Sebi Imposes Fine on Reliance Industries, Mukesh Ambani And Two Other Entities For Alleged Manipulative Trades in RPL

In one of the pictures, Isha and Anand just stare at each other and smile. The lovely duo just cannot take their eyes off each other. This picture is enough to tell how much the couple is in love. In another picture Isha’s parents Mukesh and Nita Ambani shed tears of joy as Isha and Anand exchange vows. Also Read - Farmers' Protest: Over 1,500 Telecom Towers Damaged in Punjab, CM Orders Police Action

Check out Isha and Anand’s latest set of pictures here:

Also Read - From Pranab Mukherjee to Motilal Vora: List of Political Bigwigs Who Passed Away This Year 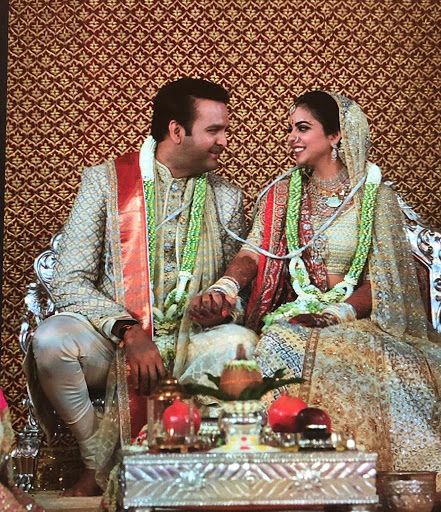 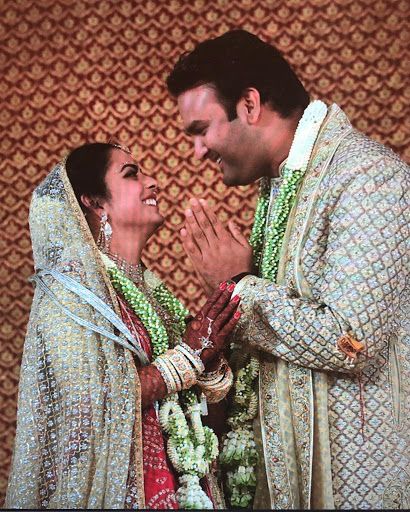 Now, have a look at the videos:

The couple’s grand pre-wedding reception, held in Udaipur, was attended by celebrities like Shah Rukh Khan, Deepika Padukone, Aishwarya Rai Bachchan and Aamir Khan who gave a performance each on dance numbers with their partners. Beyonce and Hillary Clinton too had flown down to India to attend the grand festivities in Udaipur that were spread across December 8 to 9.