The two are now officially divorced, and the divorce papers of Karan and Jennifer have been leaked on a Bollywood website.

It’s over between Karan Singh Grover and Jennifer Winget, at one time tellyland’s hot couple. The two are now officially divorced, and the divorce papers of Karan and Jennifer have been leaked on a Bollywood website. Karan, who celebrates his birthday today (born on February 23), has already moved on and is dating Bollywood actress Bipasha Basu with whom he has also starred in the movie Alone. But Karan for sure is not alone, as there are rumours that Bipasha and he are going to get married soon! (ALSO READ: Is Bipasha Basu responsible for Karan Singh Grover and Jennifer Winget’s divorce?) Also Read - Go Chic With Polka Dots: Take Inspiration From These Bollywood Divas For Your Next Outing

Karan married Jennifer on April 9, 2012. This was his second marriage; he was married to actress Shraddha Nigam in 2008 – a marriage that lasted only 10 months due to Karan’s philandering ways. Even knowing his ways, Jennifer wed Karan, her co-star from the hit television show Dill Mill Gayye and also the popular Kasautii Zindagii Kay. But the two TV actors had been living separately for two years. Now, of course, the divorce is final, as per reports. See the couple’s divorce case papers here: Also Read - Kasautii Zindagii Kay Last Episode to Air on October 3, Saath Nibhaana Saathiya Not Replacing The Show 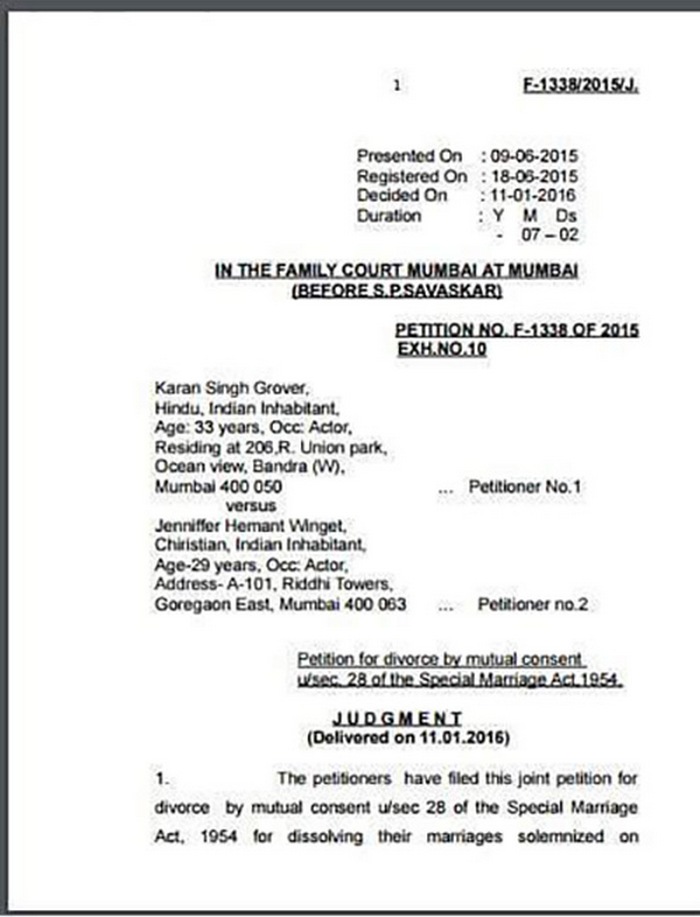 Like Karan, Jennifer too, said she had “firmly moved on” in a tweet note to her fans in January 2016. See it here:

We hope there is an announcement soon on the impending wedding of Karan Singh Grover and Bipasha Basu! Meanwhile, Jennifer Winget is looking forward to her film career and is happy in her space right now. Good luck to both! And here’s wishing Karan a happy birthday!

Wishing you all a year full of happiness, love and prosperity!