Jack Nicholson turns 77: Here are the three most villainous roles played by the Academy Award winner!

Even though Nicholson is applauded critically for his portrayal of good – natured characters as well, the world mainly recognizes him as the villainous, twister murderer. 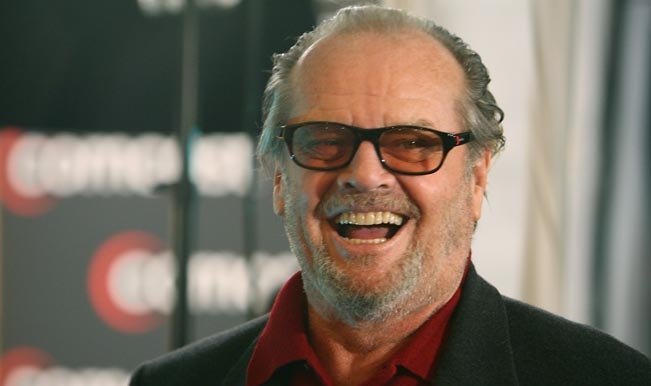 An American actor, film director, producer and writer, the legendary Jack Nicholson was born on April 22, 1937 in the Neptune City of New Jersey. Born to a showgirl named June Frances, Nicholson worked as a gofer for animation legends at the MGM cartoon studio when he first came to Hollywood. He made his film debut in a low-budget teen drama The Cry Baby Killer, in 1958, playing the title role. As the time passed by, his acting career had taken a back seat until a spot opened up in Fonda and Hopper’s Easy Rider which led to his first big acting break. Since then, he has been conquering the heights of acting and faithfulness through movies like One Flew Over the Cuckoo’s Nest, The Missouri Breaks and others. Also Read - Justice League Snyder Cut Released in India: When, Where And How To Watch Zack Snyder's Film

Even though Nicholson is applauded critically for his portrayal of good – natured characters as well, the world mainly recognizes him as the villainous, twister murderer. Nicholson is well known for playing villainous roles, such as Frank Costello in The Departed, Jack Torrance in The Shining and the Joker in 1989’s Batman. Let’s take a look at his characters in these marvellous movies. Also Read - Multiple Batman, Multiverse! Michael Keaton, Ben Affleck, Robert Pattinson To All Play Batman in DC Films in 2022

Jack Torrance in The Shining

When Jack came across the role of Torrance in Stanley Kubrick’s The Shining, he was already a highly acclaimed actor known for playing rebel troublemakers. The story comes through as quite simple, where the main character, Torrance accepts the job of being a caretaker of an isolated hotel during its off season in winter. Torrance and his family soon move into the hotel. After a brief period of time, Torrance starts experiencing cabin fever  and the presence of ghosts around him. He eventually becomes so psychotic that he decides that he must murder his family.

With the devilish grin of his, Nicholson had the audience convinced of his madness. It was quite surprising as Nicholson did not receive an Oscar nomination for his role in The Shining. Nonetheless, he did get permanently nominated as the actor who plays psychotic roles the best in the hearts of millions.

Joker in The Batman

Next, Jack played the villainous role of Joker in Tim Burton’s The Batman in 1989. The 1989 film sees The Joker and his crew do what looks like a choreographed dance to to the tune of Prince as they waltz around a museum from which they intend to steal all the paintings. Jack is praised for playing both sides i.e. the comedian and the sociopath of the Joker quite exceptionally. He made Joker seem timeless adding just the right amount of dark humour.  Symbolizing chaos and fear all throughout, Jack convinced the audience of his psychotic murdering skills.

Frank Costello in The Departed

Martin Scorsese’s 2006 classic, The Departed centers around mob bob Frank Costello (Jack Nicholson) and Massachusetts State Police Officers Billy Costigan (Leonardo DiCaprio) and Collin Sullivan (Matt Damon) and the attempt to take Costello out of power. Costello is a tremendously powerful man in this movie and who better than Nicholson to carry out these honours. Even after so many years, Nicholson didn’t lose the ability to create a thoroughly believable character. Jack Nicholson is credited among others for making The Departed an Academy Award winning movie.

Jack Nicholson has literally won the most Academy awards in Hollywood, and he continues to manifest stronger day, passing day to prove to us that there will only be one Jack Nicholson. Happy Birthday to you!