Jai Gangaajal song Tetua: There is lot of action and drama in the Priyanka Chopra starrer

The first song titled Tetua of the upcoming film ‘Jai Gangaajal’ has been released. The song is loaded with action and drama. It features Priyanka Chopra as SP Abha Mathur in full power. The stunning woman who plays the role of first female SP of Bankipur district fights against all odds to win justice. Priyanka Chopra could be called the ‘hero’ of the film, that tough cop she is in this song. She has not just amazed us all through this song but even in the film’s trailer she was impressive. (ALSO READ: Jai Gangaajal trailer OUT: Tough cop Priyanka Chopra has a message for all rule breakers) Also Read - Priyanka Chopra Jonas Shares Hilarious Memes on Her Halpern Orb Dress, Thanks The Trolls

The plot of the film is slightly shown through this song. Veteran singer Sukhwinder Singh has lent his voice for the song and we must say he has done absolute justice. This song has been composed by the popular duo Salim & Sulaiman. The song also features Prakash Jha and Manav Kaul. Let’s not forget that Prakash Jha (film’s director) is also making his acting debut. Manav Kaul plays the role of local MLA of Bankipur against whom SP Abha Mathur is fighting in order to gain justice for the people in that district. (ALSO READ: Vidya Balan in Te3N or Priyanka Chopra in Jai Gangaajal: Who can play the role of a cop better?) Also Read - When Priyanka Chopra Jonas Was Asked to 'go And Get Gang-Raped' in 2012 Racist Attack in The US 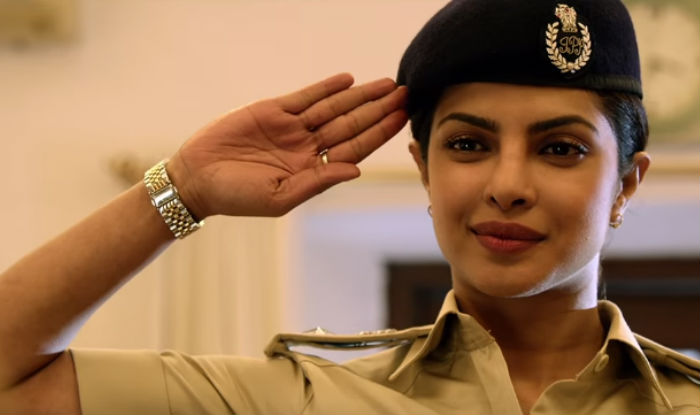 The song also has some impressive dialogues. The lyrics and the scenes of this song will give you the sense of crime and drama going on. There is lot of things to look forward in this film. Priyanka Chopra’s fierce act is intriguing. Watching the sexy actress in a stringent cop avatar will be a delight. The Prakash Jha directed and produced film will be hitting the silver screens on March 4.