Janhvi Kapoor was recently at Italy’s Lake Como for the engagement of Isha Ambani and Anand Piramal. The Dhadak star stunned in a gorgeous Nedo & Nedret Taciroglu Couture gown at the event. Janhvi wore a black sheer gown with a long trail and worked every bit of it. However, seems like she wasn’t alone at the lavish bash. Yes, her uncle Anil Kapoor and other colleagues from the Hindi film industry were present but seems like Janhvi had the company of someone special.Also Read - Karan Johar's Dream Project Takht Shelved Due To 'Controversial Mughal History'?

Janhvi’s alleged boyfriend, Shikhar Pahariya, appears to have accompanied the star-kid to Italy. The man recently posted a picture on Instagram in which two human shadows can be seen. A look at the picture and one would feel that the female shadow in the picture seems to be that of Janhvi. What is also a hint is that Shikhar deleted the same post within a few seconds of posting it. Thanks to our good folks at Pinkvilla, we have the screenshot of the said picture. Here, take a look and see if you think the same: Also Read - Janhvi Kapoor Calls Sister Khushi Kapoor 'Queen' As She Stuns Fans With Her Sunkissed Picture 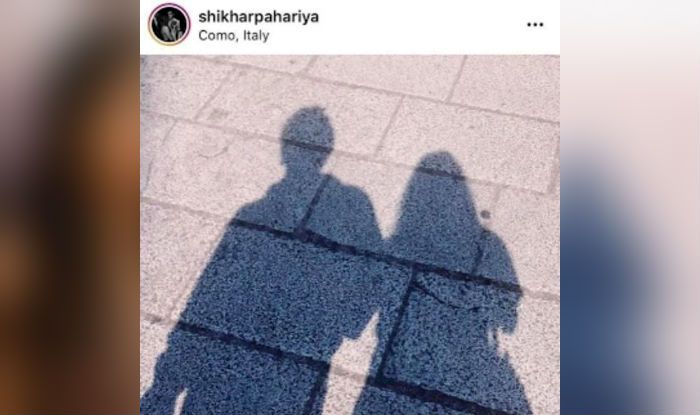 Janhvi and Shikhar were reportedly dating a while back. In fact, it all started when a picture of the actress got circulated in the grapevine in which she was seen kissing Shikhar. However, the rumours soon died when the reports of the breakup between the two surfaced, only to be revived later when the man again posted a screenshot of the big screen while watching Janhvi’s Dhadak at a special screening in Mumbai. It didn’t seem like a usual post, it was all ‘hearts’, like literally! See this: Also Read - Khushi Kapoor, in Red Sports Bra And Shorts, Gives Retro Vibes - Do You Like? 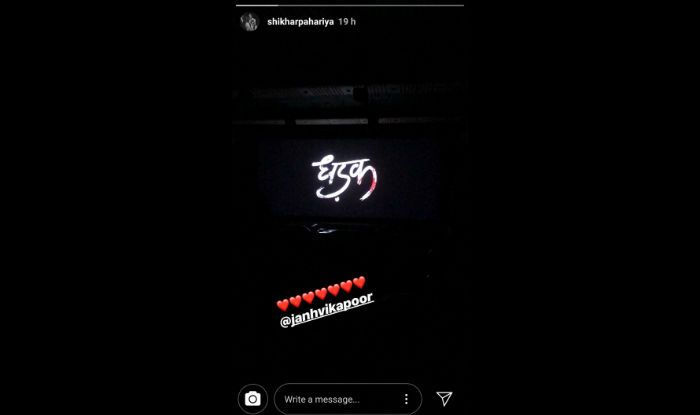 Now, while we are on the same page as that of the portal who has reported this story first, tell us your thoughts? Oh! and by the way, Shikhar is the grandson of former Union Minister, Sushil Kumar Shinde.