Janhvi Kapoor-Khushi Kapoor’s Cuddly Picture is Basically All Siblings Peacing Out Under Quarantine!

Self Quarantine! Janhvi Kapoor-Khushi Kapoor give a sneak-peek into their snuggling moment and fans can't help but relate as they beat quarantine boredom with their siblings.

Peacing out, atleast while they are stuck together in the house as a global pandemic rages outside, siblings worldwide are making parents go wide-eyed and producer Boney Kapoor’s daughters, Khushi Kapoor and actor Janhvi Kapoor, are no different. Giving a sneak-peek into their evening cuddling session, the sister duo set fans relating. Also Read - Anushka Sharma, Kartik Aryan, Arjun Kapoor Express Their Excitement on Janhvi Kapoor’s Gunjan Saxena’s OTT Release

Taking to her Instagram handle’s story feature, Janhvi shared the picture featuring her snuggled cosily in Khushi’s arms on the couch. As Khushi evidently forced a smile, Janhvi sarcastically captioned the picture, “She loves having me around can you tell (sic).” Also Read - Janhvi Kapoor's Gunjan Saxena to Release on Netflix, Actor Shares Heart-warming Video of Original Kargil Girl 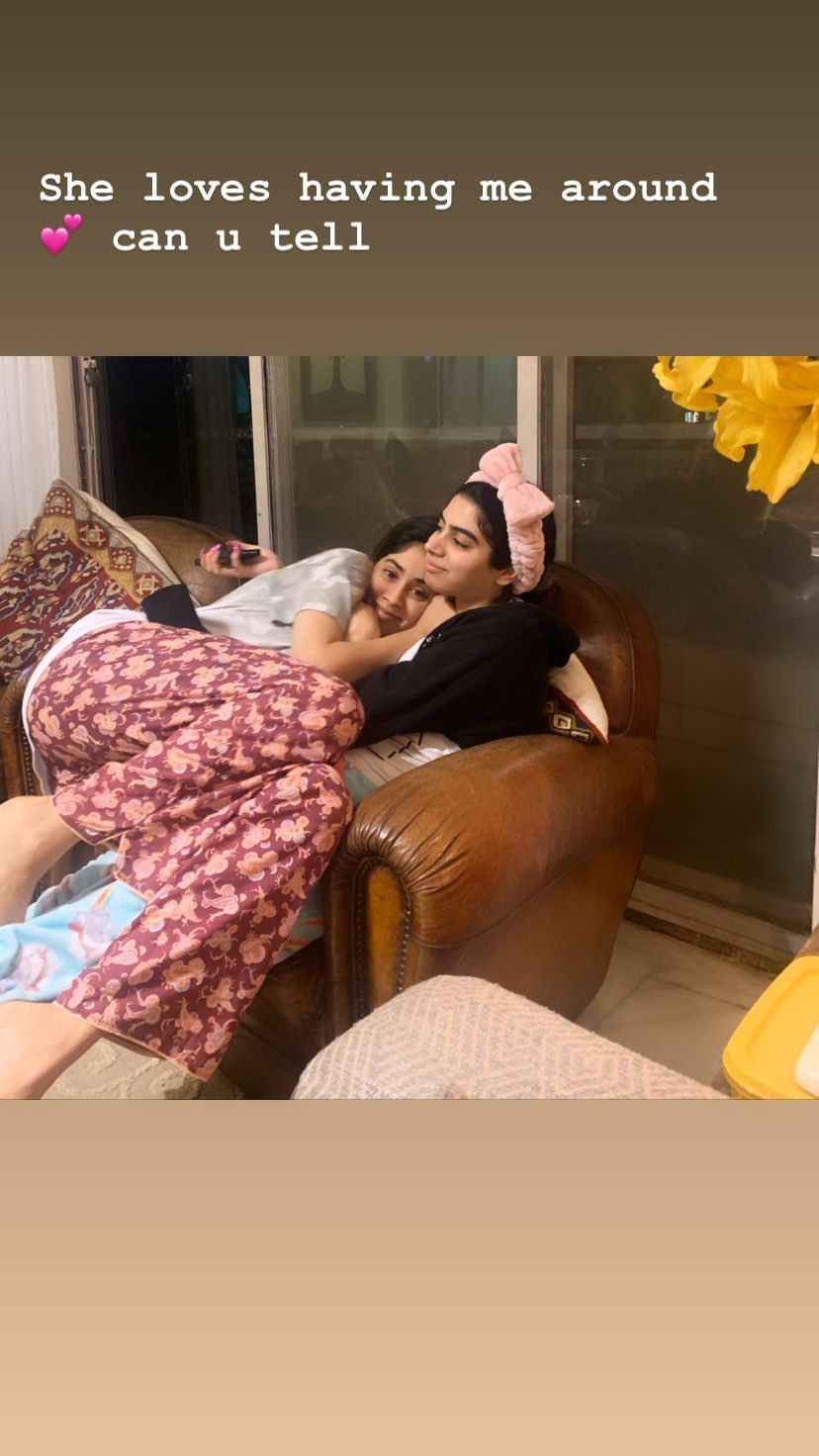 On the professional front, Janhvi Kapoor’s upcoming rom-com RoohiAfza has changed its name to Roohi Afzana as per the latest video shared by Maddock films. The movie stars Janhvi in double roles alongside actors Rajkummar Rao and Varun Sharma.

Director Shashank Khaitan, who launched Janhvi in Bollywood with Dhadak in 2018, is once again collaborating with her and this time, in Mr Lele opposite Varun Dhawan. Apart from these, the diva is busy shooting Dostana 2 with Kartik Aaryan, which also features debutant Laksh Lalwani. The film is the sequel to the 2008 romantic comedy produced by Dharma. Janhvi has wrapped up Gunjan Saxena’s biopic, The Kargil Girl where she essays the role of the first Indian female pilot to have entered the war zone of Kargil. The film also features Pankaj Tripathi and Angad Bedi in important roles. While Pankaj plays the role of Janhvi’s father, Angad plays her on-screen brother.

Janhvi also has Karan Johar’s multi-starrer Takht in her kitty.