Janhvi shared is an unrecognisable picture of Sridevi when she was a little kid and had donned the role of a boy. Sridevi looks cute in a pant and shirt with a cap on her head.

Actor Janhvi Kapoor shared a lovely picture of her mother Sridevi and father Boney Kapoor from their early days of marriage. The actor lost her mother to an accident in February 2018 and with the picture in her Instagram stories, it seems like she tried to relive the memories of her mother. In the picture that the actor shared, we can see Boney Kapoor holding Sridevi from behind who is holding Boney Kapoor’s hand which is wrapped around her neck. The two look adorable together. Also Read - Netizens Troll Bollywood Celebs as Maldives Suspends Tourists From India

In another pic that Janhvi shared is an unrecognisable picture of Sridevi when she was a little kid and had donned the role of a boy. Sridevi looks cute in a pant and shirt with a cap on her head. Also Read - Earth Day 2021: Janhvi Kapoor Apologises to Mother Earth For Not Valuing What it Has Given

Sridevi’s sudden death on February 25th 2018, due to accidental drowning in Dubai, left the entire Kapoor family, her dear kids and husband and her legion of fans, in a state of grief and despair. Her family is still trying to come to terms with this irreparable loss, but not a day goes by that they do not miss her presence in their lives. Also Read - Indian Idol 12: Jaya Prada Regrets Not Talking to Sridevi Despite Being Locked Inside Makeup Room 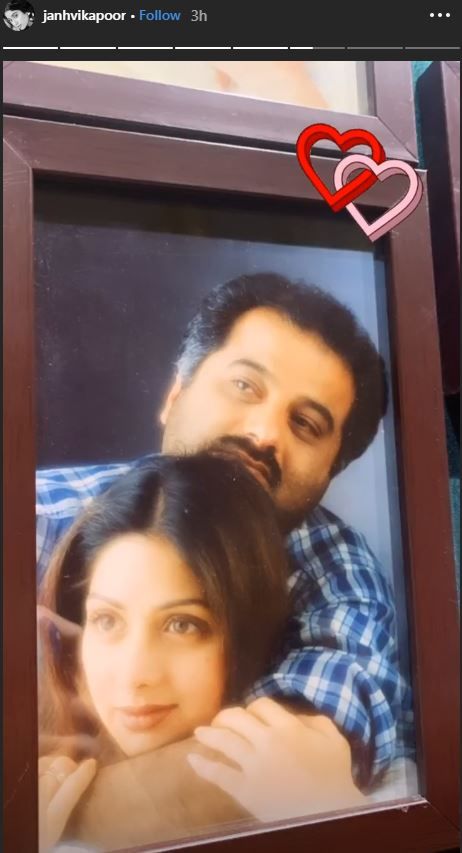 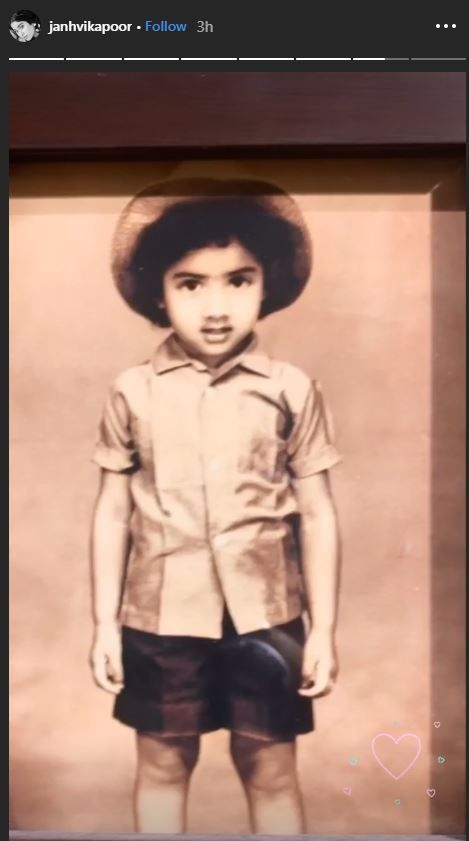 On the professional front, Janhvi Kapoor’s upcoming rom-com RoohiAfza has changed its name to Roohi Afzana as per the latest video shared by Maddock films. The movie stars Janhvi in double roles alongside actors Rajkummar Rao and Varun Sharma.

Director Shashank Khaitan, who launched Janhvi in Bollywood with Dhadak in 2018, is once again collaborating with her and this time, in Mr Lele opposite Varun Dhawan. Apart from these, the diva is busy shooting Dostana 2 with Kartik Aaryan, which also features debutant Laksh Lalwani. The film is the sequel to the 2008 romantic comedy produced by Dharma. Janhvi has wrapped up Gunjan Saxena’s biopic, The Kargil Girl where she essays the role of the first Indian female pilot to have entered the war zone of Kargil. The film also features Pankaj Tripathi and Angad Bedi in important roles. While Pankaj plays the role of Janhvi’s father, Angad plays her on-screen brother. Janhvi also has Karan Johar’s multi-starrer Takht in her kitty.