Not a single day goes by that Janhvi doesn't miss her mother, Sridevi

Sridevi was a doting mother. Perhaps that’s why her sudden demise has left a void in the lives of her husband, Boney and her two young daughters, Janhvi and Khushi Kapoor. Even though Sridevi was Boney Kapoor’s second wife, their love was like none other. To their daughters, they were a role model. Even in the letter that Janhvi wrote after Sridevi’s demise, she mentioned, “Preserving the sanctity of what they(Sridevi and Boney) had would mean the world not only to my mother but also to a man who’s entire being revolved around her, and her two children who are all that remains of their love. Me and Khushi have lost our mother but papa has lost his “Jaan. She was so much more than just an actor or a mother or a wife.” Also Read - Janhvi Kapoor Issues Statement Supporting Farmers After Sets of Good Luck Jerry Halted in Punjab

We’re certain that not a single day goes by that Janhvi and Khushi don’t remember the good old days and wish for all this to turn into a bad dream. We’re sure they miss their mum dearly and our heart breaks every time we imagine them trying to cope with their lives without her in the picture. Today, while reminiscing the old days, Janhvi happened to share a beautiful painting of her parents, who meant the world to her. The picture is that of her parents looking lovingly at each other. She shared it as her insta story, without captioning it, but then again it is on of those pics that don’t really require words to describe it. Also Read - Janhvi Kapoor’s Belly Dance on Kareena Kapoor Khan’s ‘San Sanana’ Song Goes Viral - Watch Video 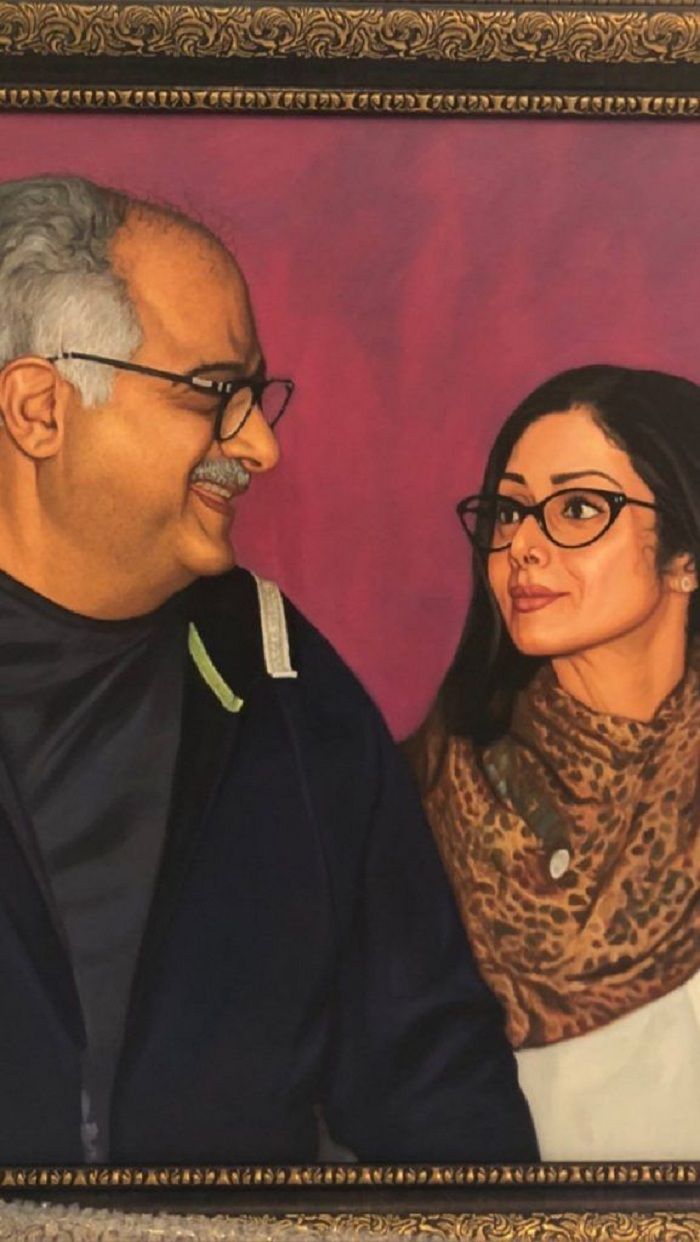 Janhvi may be smiling and hanging out with her friends and making public appearances, but that doesn’t mean she has moved over her mother’s death. Janhvi is trying her best to cope with a huge loss such as this in her own way, and kudos to her for handling herself with so much grace and dignity. She is all set to make her debut in Bollywood with Ishaan Khatter in Karan Johar and Shashank Khaitan’s Dhadak, which happens to be the Hindi remake of the Marathi film, Sairat. It was Sridevi’s long cherished dream to see her daughter on screen. Now, with her mum no more, it is Janhvi’s life purpose to make her mom proud by making her Bollywood debut film a huge success. Perhaps, that is why she got back to the film sets within 10 days of her mum’s passing. Here’s wishing the young actress a lot of success and luck as we gear up for Dhadak that is slated to release in July this year.