After gaining visibility via TV shows like "Kayamath" and "Kis Desh Mein Hai Meraa Dil", he also hosted few editions of "Dance India Dance" and even participated in other reality shows. 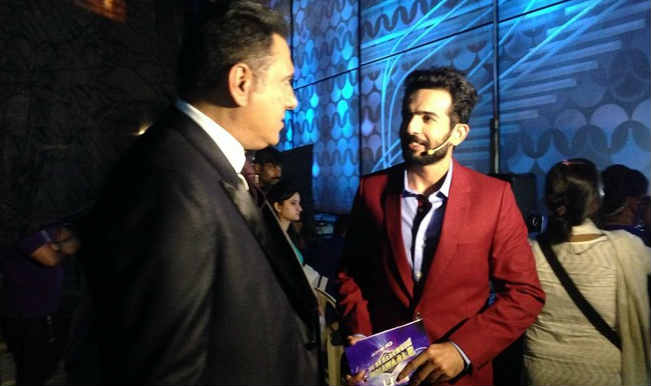 Mumbai, Oct 8: After featuring in Bollywood films like “Hate Story 2” and “Desi Kattey“, actor Jay Bhanushali is once again ready to don the hat of a host on TV. This time, he will be anchoring dance reality show “Dil Se Naachein Indiawaale”. Jay is excited about the new show, which is going on air Saturday on Zee TV, as he admits “hosting is my first love”. Also Read - Fatherhood Brings You Closer to Your Partner, Jay Bhanushali Agrees

His wit and infectious energy is expected to add more entertainment to the star-studded show, which will be judged by Bollywood director Farah Khan and the stellar cast of her forthcoming film “Happy New Year” Shah Rukh Khan, Deepika Padukone, Abhishek Bachchan, Vivaan Shah, Boman Irani and Sonu Sood will be on the panel as ‘Agents of Happiness’ with Farah on the show, which is all about finding ‘happy dancers’. Also Read - Paras Chhabra Hits Back at Jay Bhanushali For His PR Remark, Says, 'I Don't Want This Kind of Publicity'

“The very prospect of searching the happiest dancer in the country was the reason I chose to be a part of the show,” said Jay, and added: “I consider myself a happy dancer who gives more importance to letting his hair down and enjoying rather than concentrating on getting the steps right.” He is also upbeat about getting an opportunity to directly interact with live audiences as the judges will go to four cities – Mumbai, Delhi, Indore and Ahmedabad – to find talent.

This is not Jay’s first stint as a host on TV. After gaining visibility via TV shows like “Kayamath” and “Kis Desh Mein Hai Meraa Dil”, he also hosted few editions of “Dance India Dance” and even participated in other reality shows. “I have hosted numerous shows earlier especially another dance based show ‘Dance India Dance;, but this show with a unique concept will be a different journey and learning for me altogether,” he said.

The channel chose Jay as the show’s host for his spontaneity and ability to establish a rapport with the audience, said Namit Sharma, programming head, Zee TV.